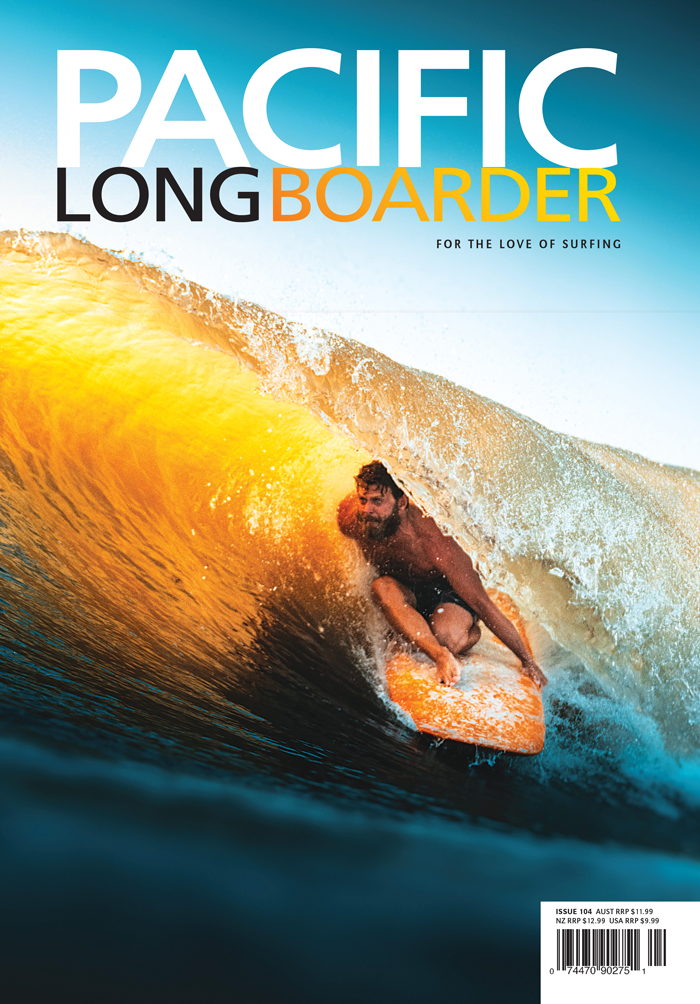 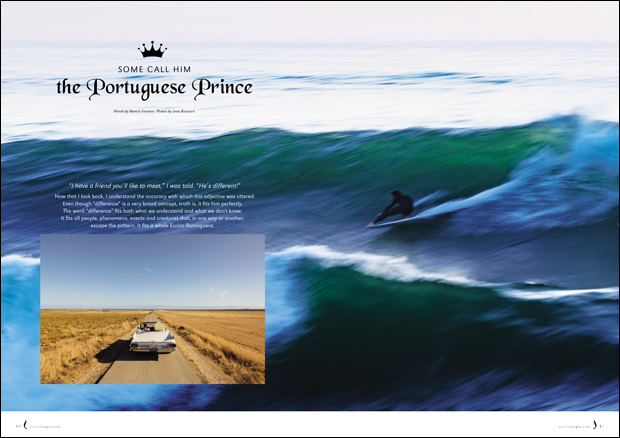 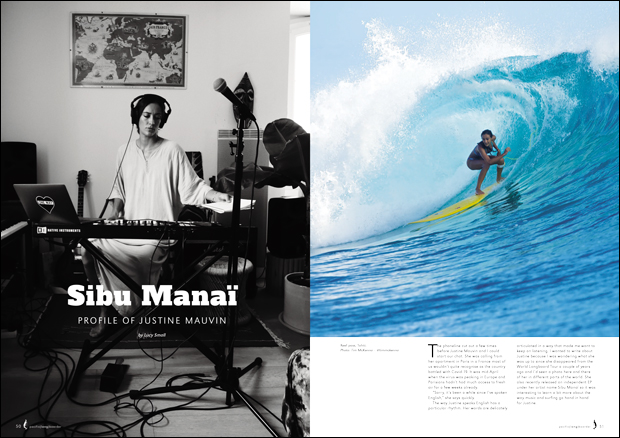 Profile of Justine Mauvin. Our stranded travel tragic and regular PLB feature writer Lucy Small is back with a profile of French longboarder/musician/composer Justine Mauvin, rounded out with photos from all round the globe. A former WSL competitor, Justine from Reunion Island originally, isn’t just one of those topline surfers with a musical instrument as a hobby, her music with her band is as wonderful as her surfing and the current EP on Spotify is on high rotation in the PLB bunker. 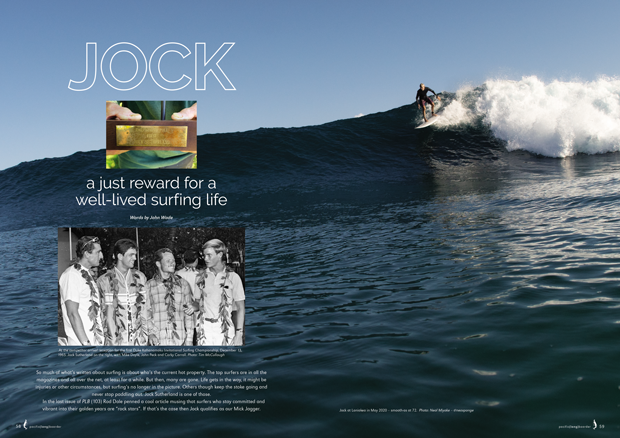 Author of this profile John Wade describes North Shore legend Jock Sutherland as the Mick Jagger of the surfing world for his commitment and vibrancy into his golden years. Jock is still regularly surfing solid North Shore waves at 72, after initially coming to our attention in Oz after a second place behind Nat Young in the World Contest in 1966. The focus of this tale is the recovery of the trophy Jock won as the world’s best surfer in the Surfer Poll of 1969. Jock never actually got the trophy back then but it’s now well and truly in his possession thanks to some remarkable coincidences and more than a little karma. Great photos from then and now by Tim McCullough, Tom Keck, Jack McCoy, Bobby Owens and John himself. Eight-foot Pipe at 72 - inspirational! 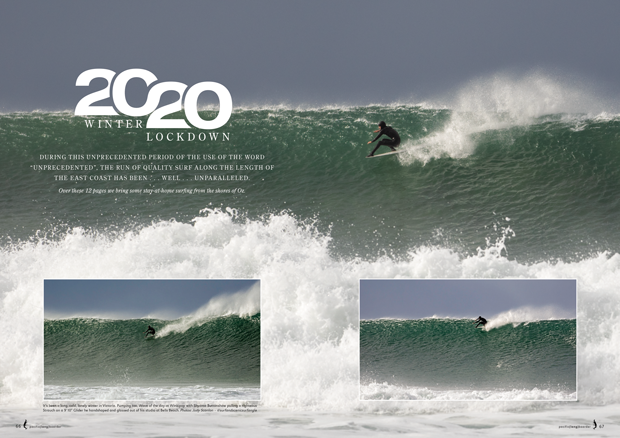