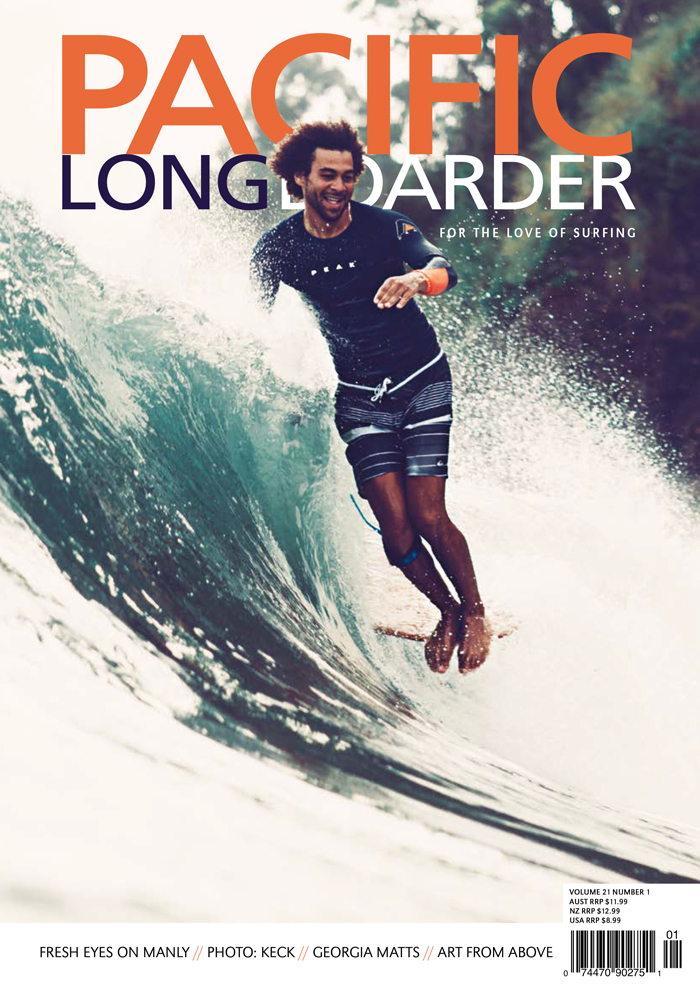 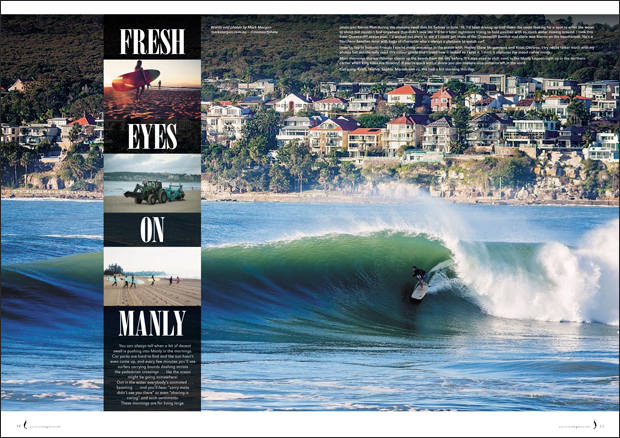 Once again the quality of the photos landing in our inbox blows us away and this issue features heaps of some of the best we’ve seen. Mark Morgan in particular has the cover, he’s in Lens Flair and has 12 pages of “Fresh Eyes On Manly”. Small waves and big, stunning backdrops, a variety of the best locals and some “fresh’ angles and insights into this longboarding hotspot not always given its due. 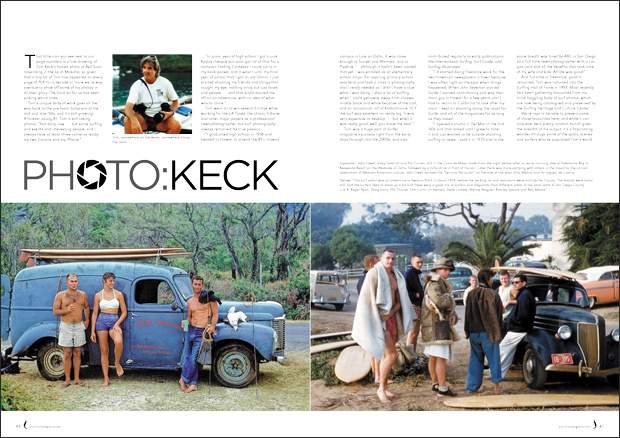 Tom Keck started shooting surfing in California in the 1950s before foam boards were invented and he’s still at it. While a lot of the old-time photos have been over-exposed, Tom’s haven’t been and you’ll see plenty you’ve not seen before; nostalgia for some, a history lesson for others or a bit of both and great privilege for PLB to have access to his amazing collection for this very special 12 page spread. 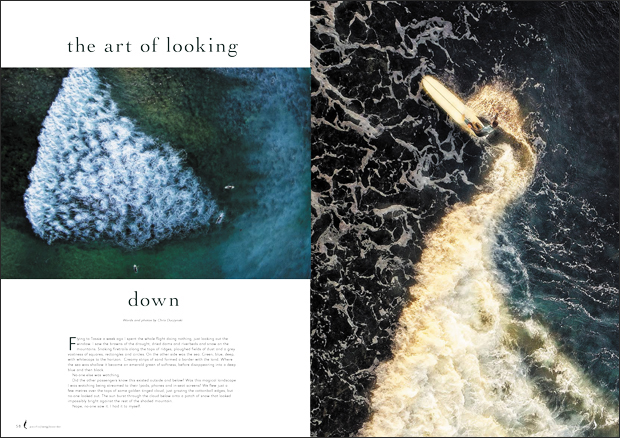 THE ART OF LOOKING DOWN

Words and photos by Chris Duczynski. When the ed walked into the PLB newsroom a few weeks ago and declared he had some great drone shots he was received very sceptically by the hardened mob, but when he put them up on the screen – wow this is different . . . . and amazing! Chris Duczynski is a pro who’s been in the biz for over 40 years working with big-shot clients like Jetstar, AFL, Bluescope etc. and got into drones very early. Something very special here. Waves and surf of course, not planes footballers and factories, thank goodness! 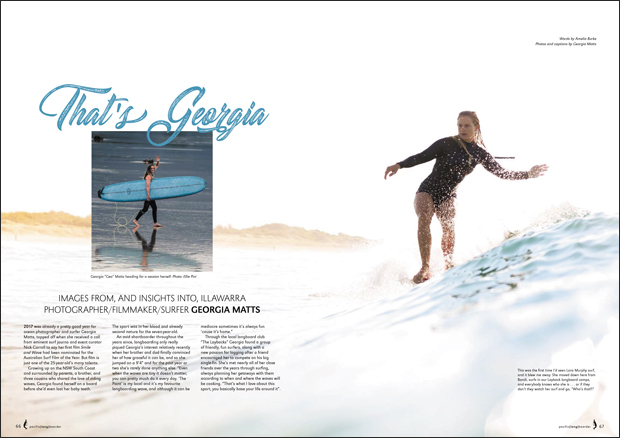 Amelia is well into Media and Communications studies at Wollongong Uni and we were rapt when she was keen to profile her friend the talented photographer and filmmaker Georgia Matts. Amelia grew up in Yamba, “the most beautiful place in the world” and loves a book, a glass of red or two, and “talking to all sorts of people about their passions, goals and experiences.” And there’s passion all through “That’s Georgia” along with a bunch of Geo Matt’s exceptional surf images. 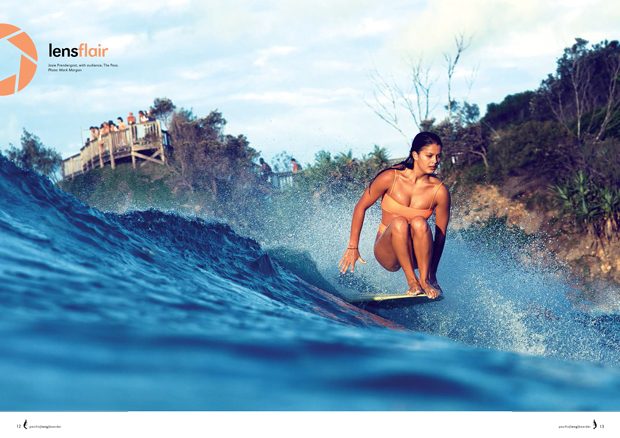 Guru in Portugal, a fish out of water at Gliding Barnacles – the hipster surf fest to top them all.

Fake news you can trust!

My favourite part of the mag. Interesting anecdotes, board winners, musings and opinions from people much smarter than me: