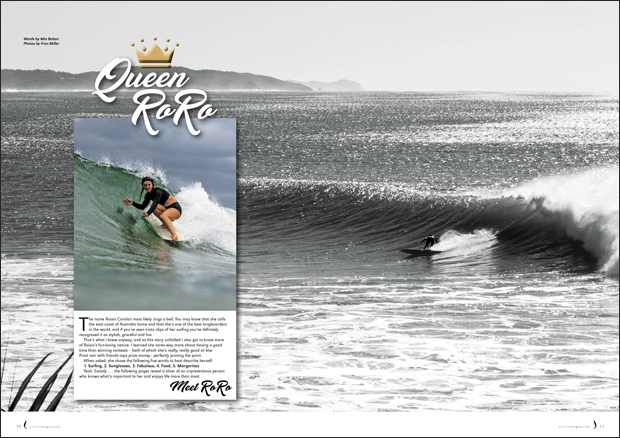 Don’t worry Liz, you’re safe . . . for the moment. This is much more important than the Empire, it’s Roisin Carolan doing what she does best, surfing the point breaks around Byron and the Goldie, with pics from the fabulous Fran Miller as well as some of Queen Roro’s views on life in general, having fun and cooking too! 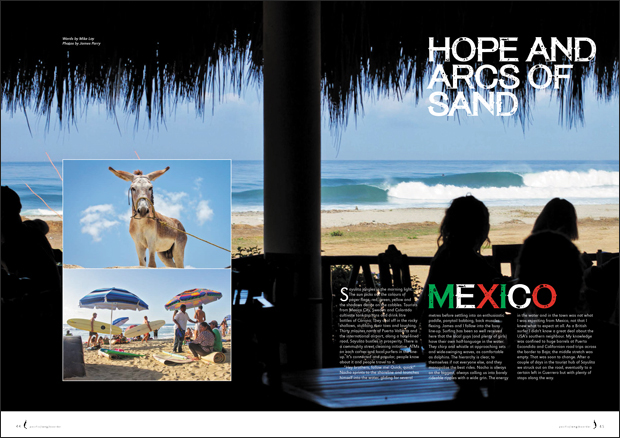 HOPE AND ARCS OF SAND

For a British surfer like Mike Lay it doesn’t get more exotic or different than Mexico and when Mike travelled to Sayulita, the surfing style capital, he was appropriately blown away. Arriving with Matt Chojnacki and James Parry well early for a big local comp the boys set out to explore the Pacific coastline and, you guessed it, scored big time! James took the shots too.

Ocean lover, environmentalist and mother, Belinda Baggs is much more than just a great surfer. She recently had the opportunity to investigate the damage to the Great Barrier Reef with photographer (and great surfer himself) Jarrah Lynch, his dad Wayne, and Kimi Werner, a highly experienced freediver, together with several members of the Australian Marine Conservation Society. Great photos, and they even scored a few little peelers way out there. 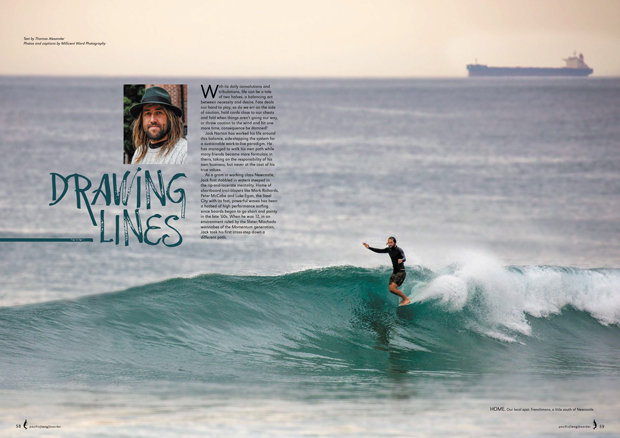 Writer Thomas Alexander lucked out when he decided to do a profile on impressive Newcastle surfer Jack Norton, as Jack’s wife Millicent is also a highly talented pro photographer. Jack’s a builder and is a great example of someone who’s focused his life on balancing work and the surfing life.

THE VIEW FROM THE BAR

The Grey Guru put up his hand to write this year’s Noosa Festival report and given his enormous contribution to the event over its history we couldn’t refuse (even though we tried!). This is his last Noosa as the honcho and appropriately he’s called it Top Five at least. Tasty waves, spectacular surfing of course, it’s Noosa! 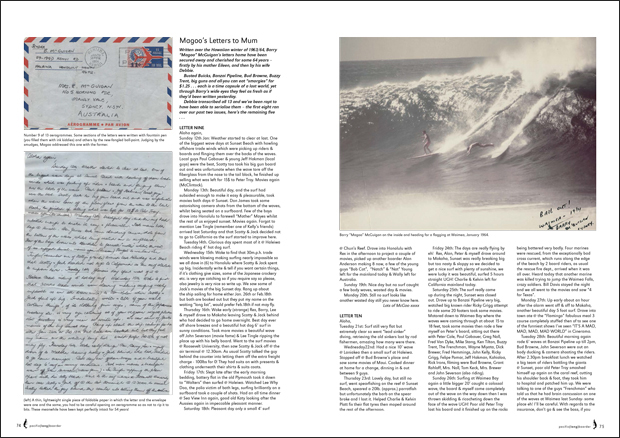 They got better with time and here’s the last instalment of the genuine, actual and real letters written by Barry “Magoo” McGuigan to his mum Eileen in 1963/4 from Hawaii - as secured away and cherished by his wife Debbie. 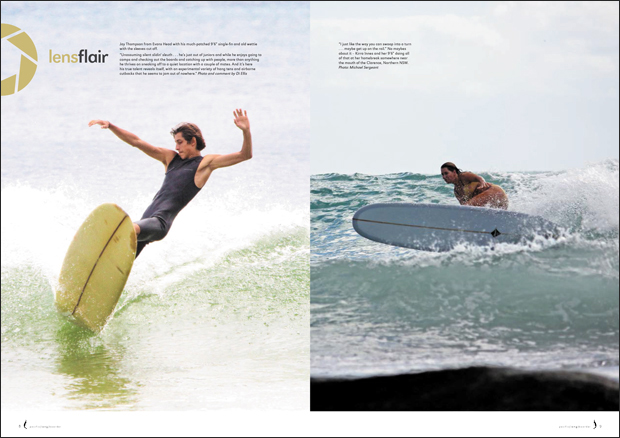 Kelis Kaleopaa is from Oahu and, at only 13, is winning open contests against the best.

​Following Tom Thumb: “The tunes are great, with a real melodic sensibility that serves the stories being told. The beautifully balanced picking of two guitarists who have plenty to say and nothing to prove.” - From Ian Cameron’s review of the shimmering new acoustic album from Peter Howe and Tim Gaze.

My favourite part of the mag. Interesting anecdotes, board winners, musings and opinions from people much smarter than me.

Over to you, Lou!