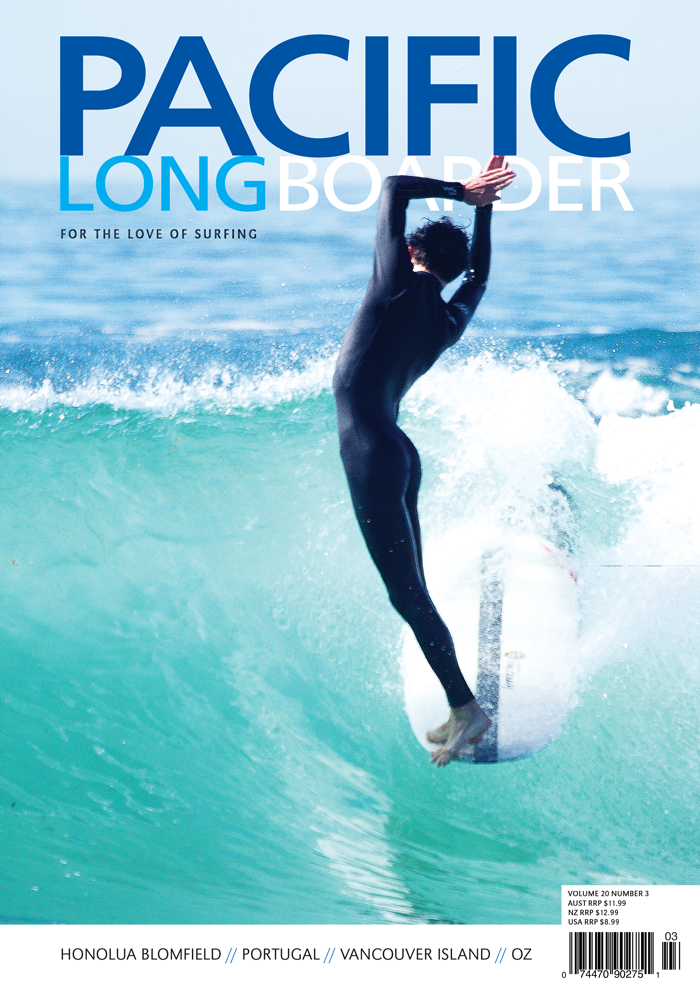 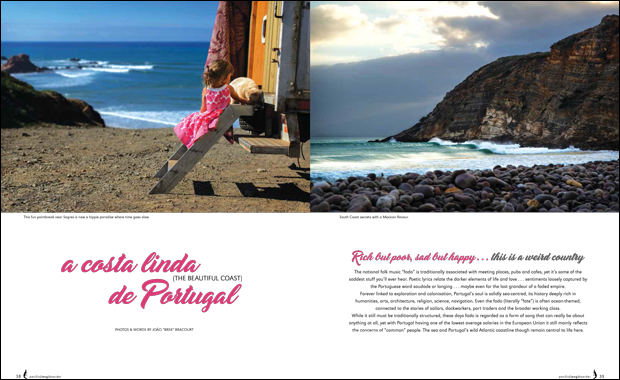 At school we learnt about the exploits of early Portuguese explorers like Vasco da Gama and the way they opened up the new world but this issue we have a modern day Portuguese ocean-going man, Joao ‘Brek’ Bracourt, describing and showing us some great surfing opportunities right there in his country. His words and photos also highlight the rich culture and landscape of this land now emerging as a prime tourism and surf destination. Almost as good as being there! 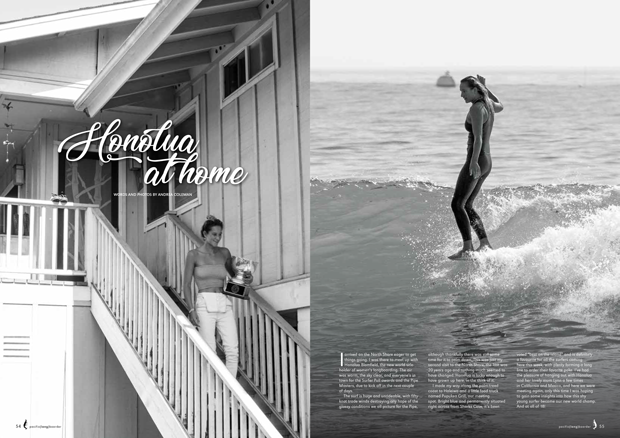 She burst into our consciousness here at PLB a couple of years ago at her first appearance at the Noosa Fest and has shown since, particularly by winning the recent World Title, that she’s in the top level of current surfers, and she’s still only 18! Andrea Coleman has known Honolua’s mum Lynne for some time and met up with them both at home on the North Shore to get the full Honolua story complete with great family photos including early pre-teen surfing shots.

Phil Jarratt needs no introduction and his recent memoir, Life of Brine, has become a smash hit with a third print run and plenty of awards. This is the introduction to the book where Phil explains why he had to write it - and it’s a gripping yarn. Bottom line lesson readers - listen to your body, a heart attack can and does happen, even to ostensibly fit surfers. 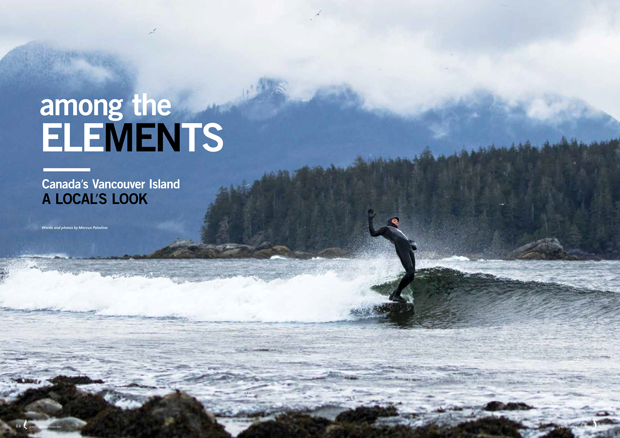 From the sunny shores of Portugal and Hawaii to the frigid, freezing waters of Vancouver Island in Canada. Why would you? And in particular why would a guy like Andy Jones from the Sunshine Coast move there? Well, who cares, as Andy is the subject of most of the photos shot by local lensman Marcus Paladino for this spread, and while Andy looks great in layers of rubber, a lot of the attention is on the amazing conditions and background. You get the idea , snow, mist, ice and plenty of it. Brrr!

This is the second set of original hand-written letters from the late, great Barry ‘Magoo’ McGuigan to his mum, describing the details of his first trip to Hawaii in 1963/4. A first-hand report of the ‘good old days’ with Pipeline, Sunset, Pupukea prominent and all the names we became familiar with through Bruce Brown movies. Many thanks to Barry’s wife Debbie. Classic!

The GG reflects on an assignment from Playboy mag back in the late 70s with noted photographer and ratbag, the late Peter Crawford, where they were to drive north from Noosa to Cairns to look for Aquarius Festival hippie communes. Well, as usual they got waylaid and didn’t get much further than our most northerly surf beach at Agnes Water.

Mia Baard is an ambassador for Billabong Womens South Africa and lives and works in ‘log city’ Port Elizabeth, featured in our last issue..

So much news you won’t get anywhere else. A new CD of songs about Michael Peterson; some thoughts and out-takes from the World Title events in Taiwan and Japan; photos of the 1956 US Lifeguard Team from Museum Victoria; The Five Ways Teams Challenge; Loggerheads; Long Reef Old Mal and Vee Bottom Surf Fest.

Ten Summers Long, the Best of Bombora. If there’s room in your life for just one surf music collection, this is it.