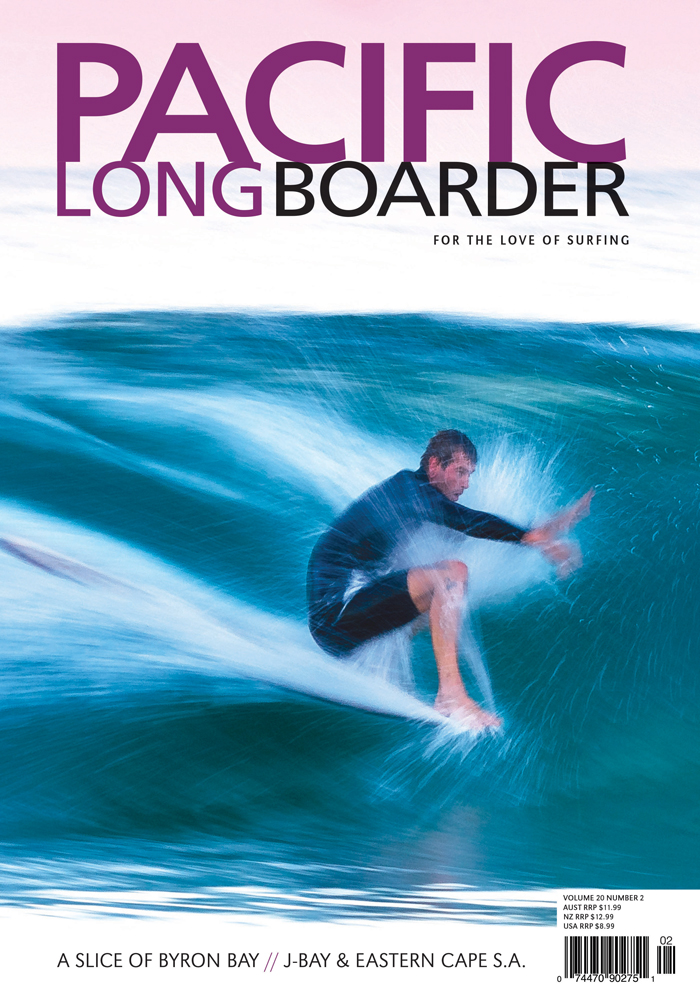 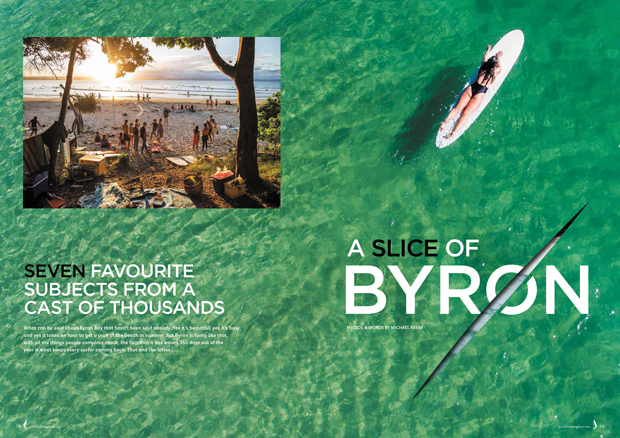 A SLICE OF BYRON

What can be said about Byron that hasn’t been said already. Yes it’s beautiful, yes it’s busy and yes it takes an hour to get a park in summer. But Byron’s funny like that, with all the things people complain about, the fact that it has waves 360 days a year is what keeps us coming back. Born and bred local photographer Michael Assim features seven of his favourite subjects in this 14-page spread. 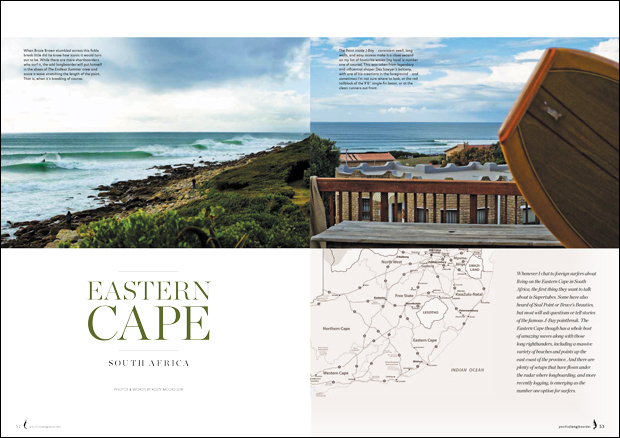 Well, we all know about Byron and its classic longboard-friendly waves but who would have thought that there was a thriving logging culture on the Eastern Cape where Fanno, Parko, Jordo etc. are usually shredding J-Bay & Supertubes? But there are plenty of set-ups that have flown under the radar where longboarding, and more recently logging, are emerging as the primary options for many South African surfers. In this piece and the following story, Kody McGregor from Port Elizabeth gives us the full run-down on the waves and the locals (over 20 get a run) so you’ll all be experts on the logging community there. 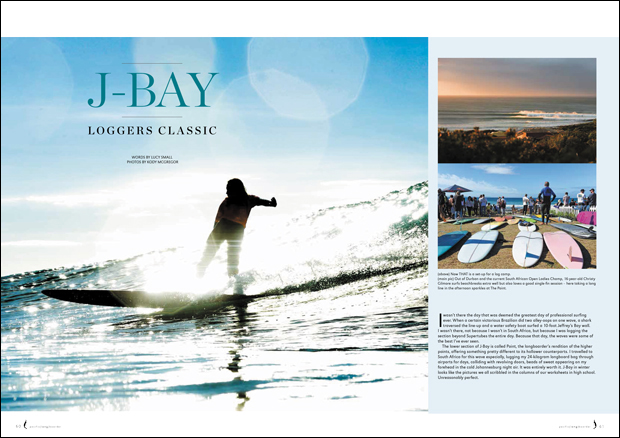 While what’s-his-name from Brazil was pulling off two alley-oops on one wave to win the WSL event at J-Bay, Lucy Small was logging the Point just down the line in some of the best waves she’s ever seen. Big call, but later the Loggers Classic was held there in magnificent conditions and Kody McGregor was also there to take the shots, while Lucy chipped in with the wrap-up. Even more evidence of the quality of the surf and surfing in the area.

Listen up Kiddies. Once upon a time there was no internet. Yes, shocking but in the olden days people actually wrote letters. Ink on paper, envelope then a stamp. Recently Debbie, the wife of Barry “Magoo” McGuigan who paddled off the peak in the 2014 well into his 80s, asked if we’d be interested in his letters to his mum from a trip to Hawaii in 1963/4. Would we ever! Debbie transcribed them and the first three are in this issue. An absolutely authentic first-hand insight into what it was really like back then from an amazing character. Fire up the Tardis doctor, we’re off again.

Danny Carney was asked to pick his favourite thing so a friend could take a photo as part of a photography course. He chose a 9’6” Tim Clarke board that Tim had made him. Initially reluctant to go that long Danny eventually agreed to “go with the flow”. Over the last couple of years the board has accompanied Danny on his very personal journey dealing with depression, changing the direction of his life and finding happiness. Danny evocatively & bravely shares his story with us.

Mark Lingard provides another personal story but this time a light-hearted account of a day an ordinary surfer finds himself alone and confronted with a wave he isn’t quite up to but without a real excuse not to have a go. We’ve all been there so how did he go?

When Phil Jarratt aka The Grey Guru (and many other things) decides to actually write a book about himself, it’s pretty big news. Will he dish the dirt on himself as some others have suggested he’s done to them over the years? Well yes, it appears he has. Camo read the book and writes an extended and entertaining review. He just tells us enough to want more. I’m buying!

Just because he’s on a book tour doesn’t mean the old pro can’t file his column for this issue. He again underlines his importance to the evolution of surf culture in Australia as he exclusively reveals his role in guiding Shane Stedman, the rock star of the early surfboard industry, to pre-eminence. Would be a great idea for a book!

Lara Murphy tells us about her transition from competition surfer to someone who appreciates that basically surfing can be not much more than a whole lot of fun.

• Queen of the Peak by Lucy Small; comp in Tofino British Colombia. Chilly!
• From the Vault. Black and white photos of okanuis surfing Kirra Point in 1957 by Mal Sutherland.
• Standed. No not the Saints but an opinion piece by Steven McLean on the current state of WSL Longboarding in North America.
• I Can’t Stand Surfing. A boatful of kneeboarders hits the Maldives Central Atolls. By Bruce Oastler.
• South Korea. Please don’t upset the Northerners too much Donald. Surfing is taking off in the South.