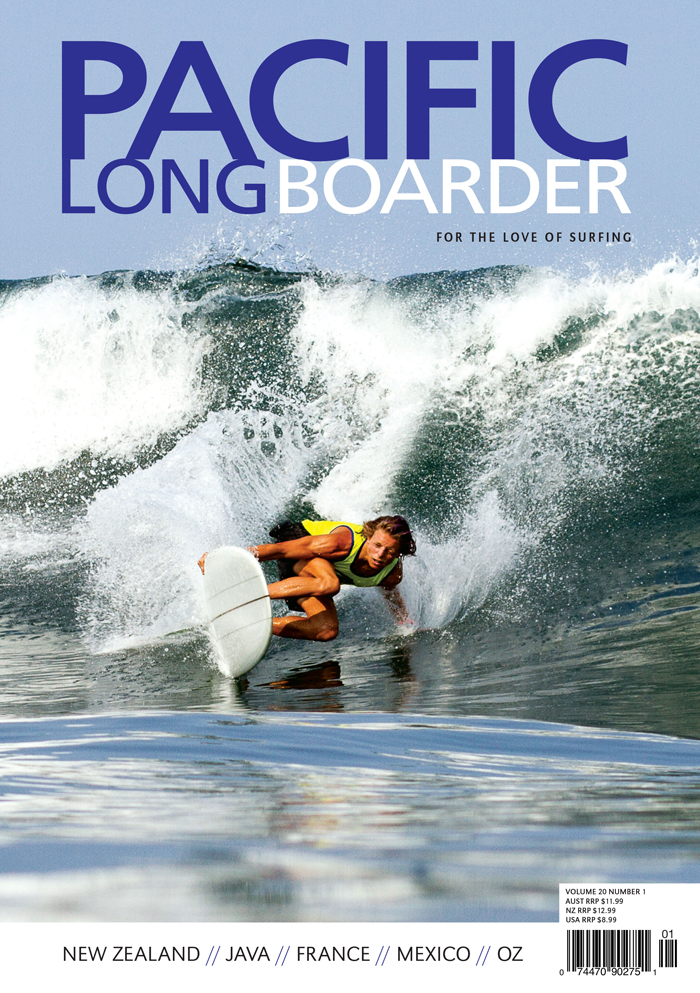 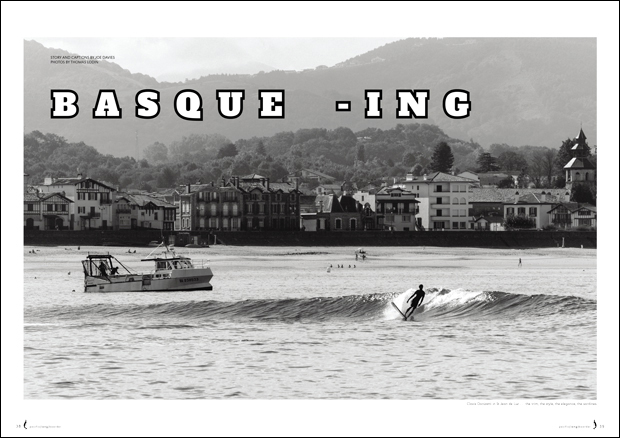 Sub-editors don't always get credit but full points for this multifaceted heading on an entertaining piece by Joe Davies about a family jaunt around the Basque Country in south west France - where the surf meets the rich local culture. Brilliant shots highlighting picturesque and distinctive locale by renowned French photographer Thomas Lodin. 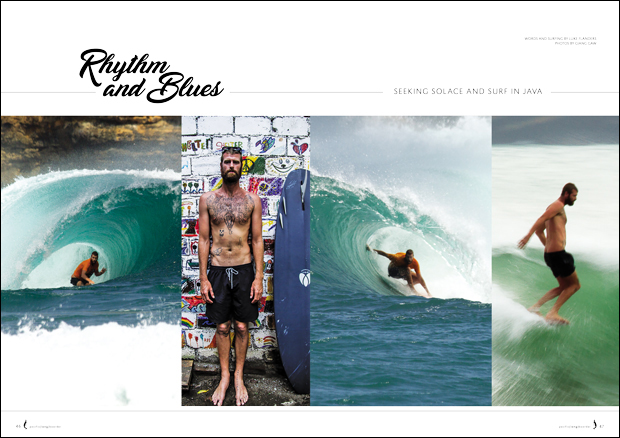 The sub-title, Seeking Solace and Surf in Java, says it all really as Luke Flanders meets up with mate Indo photographer Giang Alam Wardani to try to further the process of turning around a life that had been getting out of control. An honest, brave, refreshing and inspiring first hand description of surfing as therapy, together with some great shots from Giang. 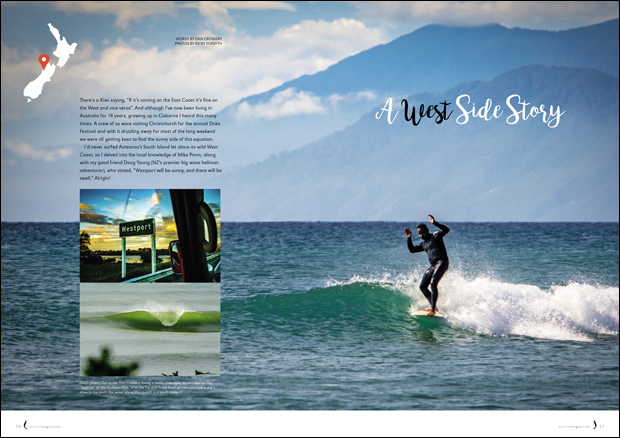 Our favourite Kiwi expat Dan Croskery heads down to the West Coast of Aotearoa's South Island for his first time, and along with buddies Mike Pimm and Doug Young cracks not only a variety of quality surf but some valuable sunshine! Even a shot of Doug just in boardies . . . chilly! Photos by Aussie Ricky Forsyth. 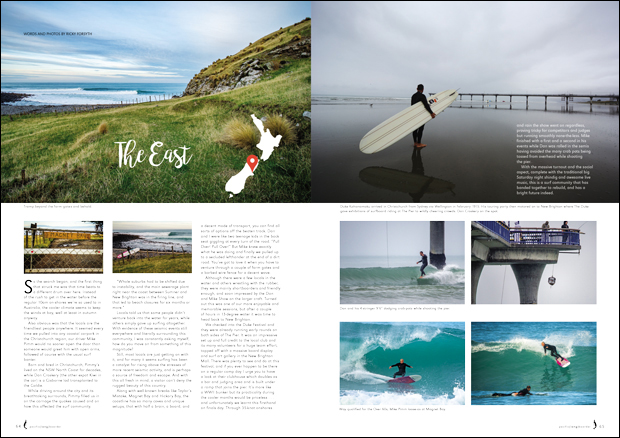 There's two sides to every story so Dan, Mike and Ricky also check out the east coast around Christchurch, winding up at the Duke contest at New Brighton where Mike and Dan acquitted themselves well. 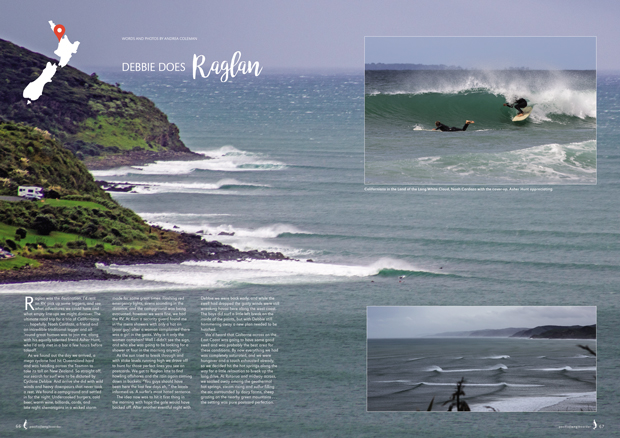 Way over in California photographer/writer Andrea Coleman also felt the call from NZ and planned a trip in a RV with a couple of loggers hoping to finish up in left heaven at Raglan. Cyclone Debbie had other ideas and created havoc with the plan, but the ever-resourceful crew managed to overcome major obstacles to get some waves and visual stimulation for PLB readers. 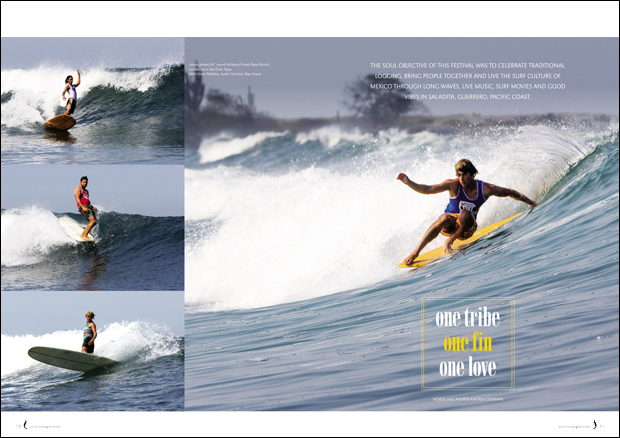 ONE TRIBE, ONE FIN, ONE LOVE

Andrea Coleman really gets around and she bobs up (lucky for us) at the Mexi Log Fest and Duct Tape Invitational where the top echelon of loggers scored consistent head-high waves on the flawless left at La Salidata. She also spent time with event organiser Israel Preciado who offers a revealing perspective on the positive effects such as gathering has on the local community.

Bodysurfing, Midget at the Australian Maritime Museum, Taylor Jensen in Texas, From the Vault, and numerous other tasty titbits.

Always directionally challenged, our hero travels to WA for the Whalebone Classic via Bali and amid the festivities is still able to pick out a gem of a concept in the NevHouse Project.

When too much of France is never enough, up steps the delightfully monikered Ambre-Victoire Damestoy.

We've said it before but the quality of the photos coming into PLB just keeps getting better and better. Some stunners in this issue's Lens Flair, but the cover, contents and Out The Back shots are all epic as well.