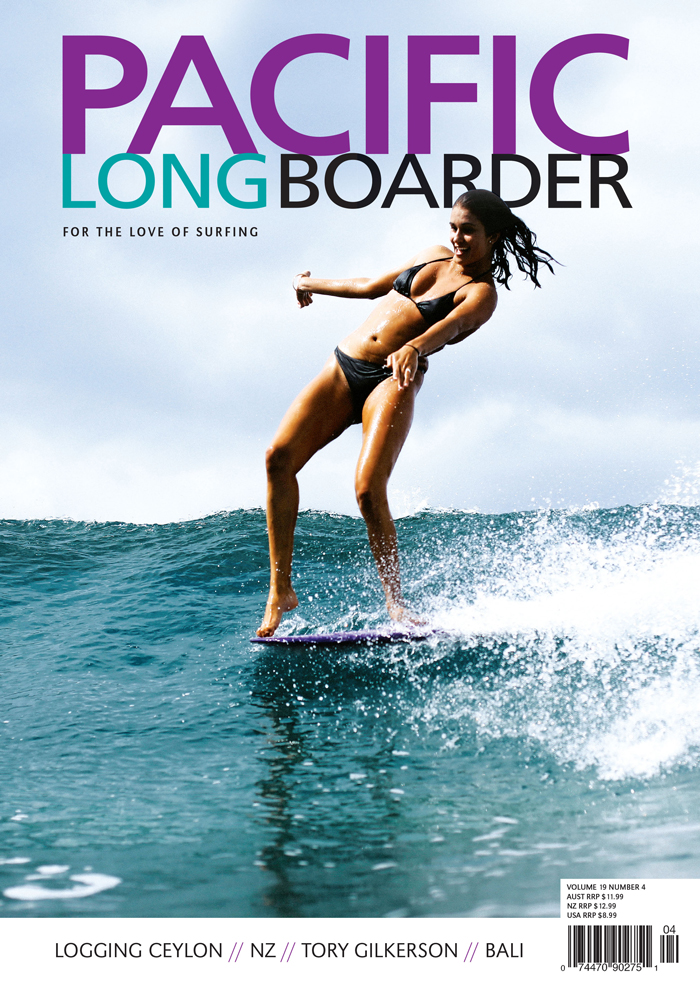 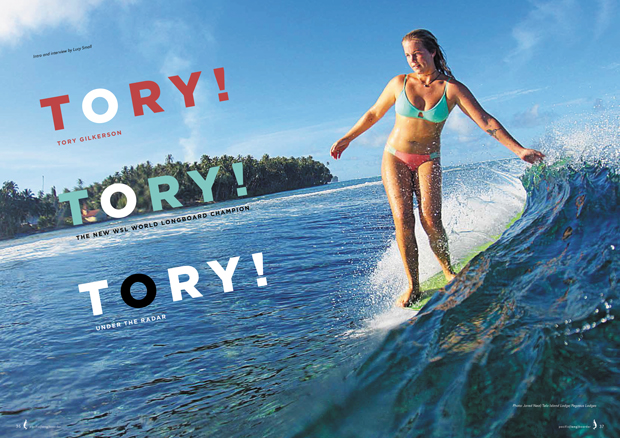 She seemed to come out of nowhere to win the most recent World Title in China but it was no fluke. Classy Californian stylist Tony Gilkerson had been tuning up in the Telos with boyfriend Jared Neal and had put plenty of thought and effort into having exactly the right boards for the tricky Hainan Island conditions. Lucy Small finds out all about Tory. 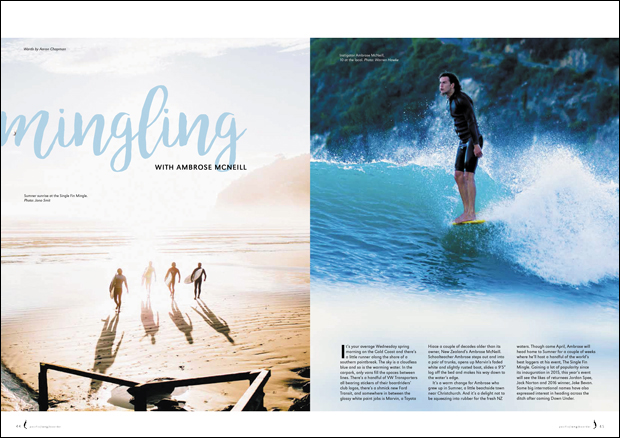 Regular contributor Aaron Chapman checks out the surprisingly popular Single Fin Mingle in Summer NZ and its founder, stylish logger Ambrose. Only kicking off in 2015, the Mingle really seems to have struck a chord with big names from NZ, Oz and beyond. 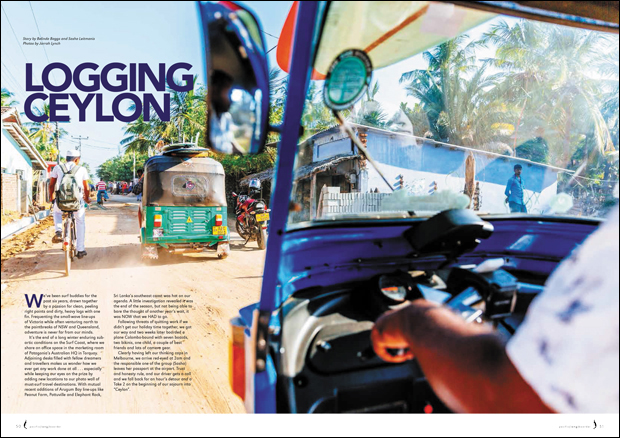 Yes we know it’s Sri Lanka but Ceylon just sounded a bit more exotic for this story by Belinda Baggs and Sasha Leitmanis about their recent trip to the land of tea. The girls scored some quality small waves which were expertly shot by Jarrah Lynch. 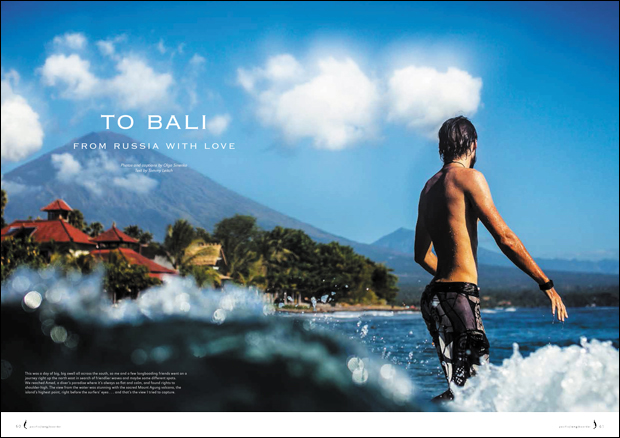 TO BALI FROM RUSSIA WITH LOVE

Noosa Fest media manager and freelance journo Tommy Leitch hooks us up with Russian (yes) photographer Olga Sinenko for an eight-page spread of her magical water shots from The Land of the Gods. It’s quite a story how she ended up shooting longboarding locals and Russian ex-pats there after growing up among the snowdrifts of the Ukraine. 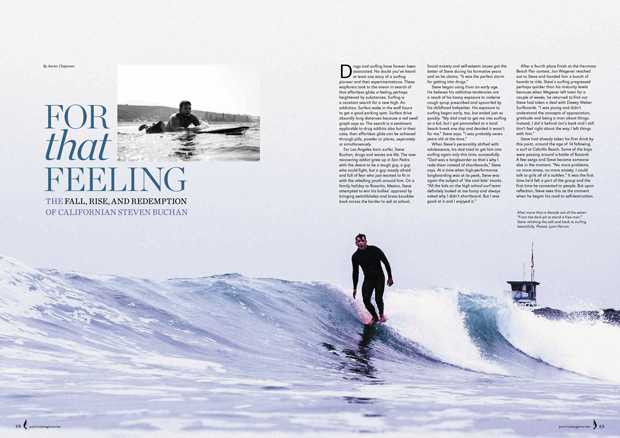 On a more serious but still optimistic note, Steve Buchan is a Californian who went from being one of his state’s most promising young longboarders to the depths of drug addiction. Steve’s inspiring journey back from ten years at the bottom and out of the water, to hands-on helping others and surfing again was written by him in some 30,000 words and Aaron Chapman condensed it to its essence for sharing here.

As usual lately, gobsmacking quality photography from all over. We think it can’t get any better, but it does – every issue.

For our regular up-front mini profile - smooth Ivy Thomas shot by Fran Miller at her break Rainbow Bay on the Goldie.

Almost a mag on it’s own - Windansea by AndyMac, the board winner, a funky contest or two, Nat, PT, Greg Noll back at Cronulla and more.

So many hoary old anecdotes that couldn’t all be true - or could they? A hint that the GG might have a big publishing deal where he really spills the beans. Will anyone be safe?

Surfing in the Sixties with classic photos from four of the East Coast’s best photographers of the day, and a Life in the Sun, Australian Surf Music of the ’60s and ’70s. Is anyone really old enough to remember this stuff? Doesn’t matter it’s all still fabulous.