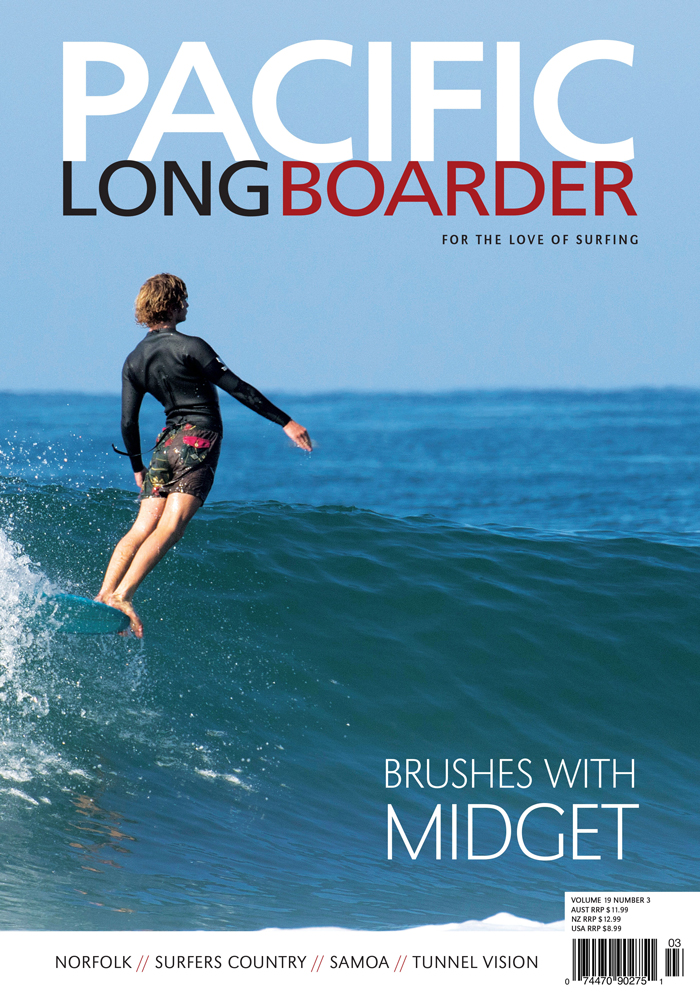 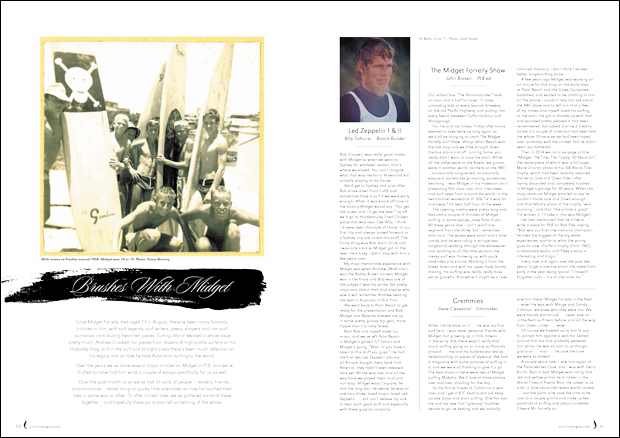 We try to keep it pretty light in this column but have to record the shock and sadness we all felt here on hearing the death of Midget Farrelly, a hero to all of us in so many ways. The phone rang, emails landed and doors opened with people wanting to talk about the great man with many having fascinating stories about him. Our brilliant editor then had the idea to put the best of the previously unheard stories together in a feature, accompanied by a clutch of photos you won’t have seen anywhere else. Compelling, original and a fine tribute. 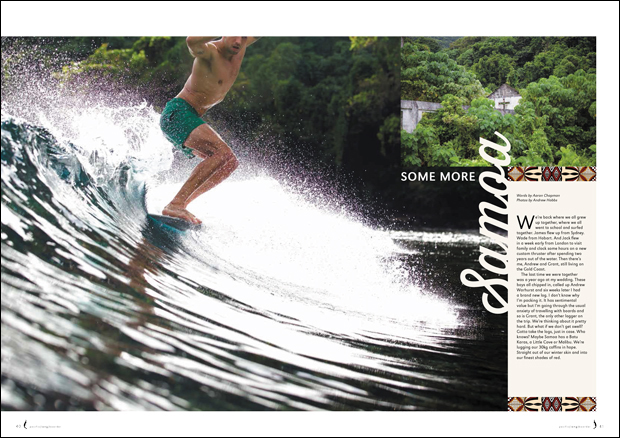 Six mates who went to school together on the Gold Coast return there prior to heading off to Samoa with full quivers including, optimistically, a couple of logs. Expertly guided by Brent and Tau from Samoan Surfaris the boys surfed a wide range of breaks generally on their own, caught more than a few fish and general had a great time, heading home exhausted after two tropical weeks. Fortunately Aaron Chapman and Andrew Hobbs were in the mix to record the event with mighty fine words and photos. 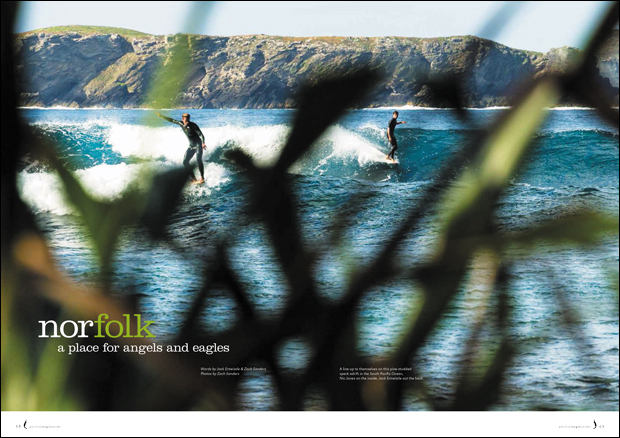 Also not all that far off the Oz East Coast but a place less travelled for surfers, is beautiful Norfolk Island. Jack Entwistle has family there and has spent many summer holidays there over the years, while photographer Zach Sanders is a permanent resident, so who better to give us all the essential info on the place. Magnificent pine forests (naturally!), big rock pools, convict ruins, plenty of sea life and some quality uncrowded waves. Set the sails Mr Christian, we have a new destination! 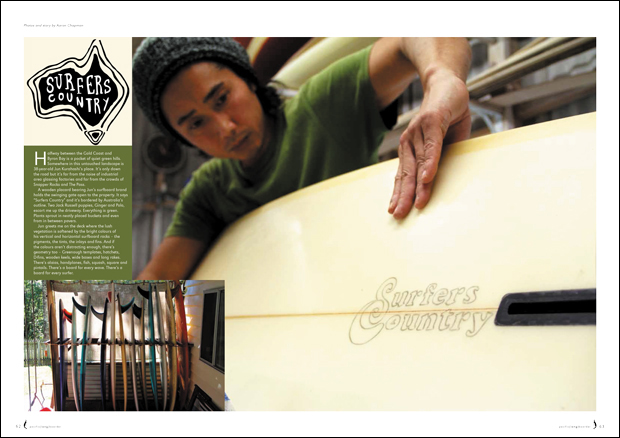 Aaron Chapman (again!) trips just down the highway to a pocket of quiet green hills on the way to Byron to profile Jun Kurahashi, master craftsman and one of the finest shapers/glassers around. Idyllic. 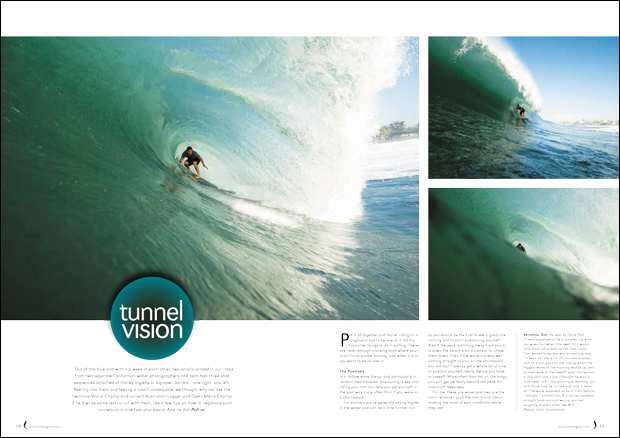 Out of the blue and within a week of each other, two emails landed in our inbox from two separate Californian water photographers and both had three-shot sequences attached of Harley Ingleby in big open barrels – one right, one left. Peering into them and feeling a touch inadequate, we thought why not ask the two-time World Champ and current Australian Logger and Open Men’s Champ if he’d write some text to run with them, like a few tips on how to negotiate such tunnels on a nine-foot-plus board. And he did. Pull in!

The boardbuilders of the latter half of the late 50s and early 60s forged the building blocks of what is now a massive industry and sport. Many, like Ron Cansdell, drifted away without getting the recognition they deserved, not that they sought any – shaping and refining the original longboards and pioneering the materials and techniques was it’s own reward. Keen to build a surfboard again like the balsas he started on, Ron recently hooked up with Mark Riley to get materials and direction, and in the process got inspired to write us a little about the early days on Sydney’s Southside.

More examples of the fab photography that comes across our desk.

And actually on page 3 too! Taylor Bruynzeel, from California.

Obviously good taste precluded the GG from sharing in this issue how he taught Midget everything he knew. Later perhaps, but we all know he’s got plenty more like that so no surprise when he reveals that he and Scotty Dillon are about to launch a custom line of 10’6” big wave guns specifically for the more mature of us. Seats, nose-walking frames, the lot. Get one!

All the rot you’re not going to find anywhere else.