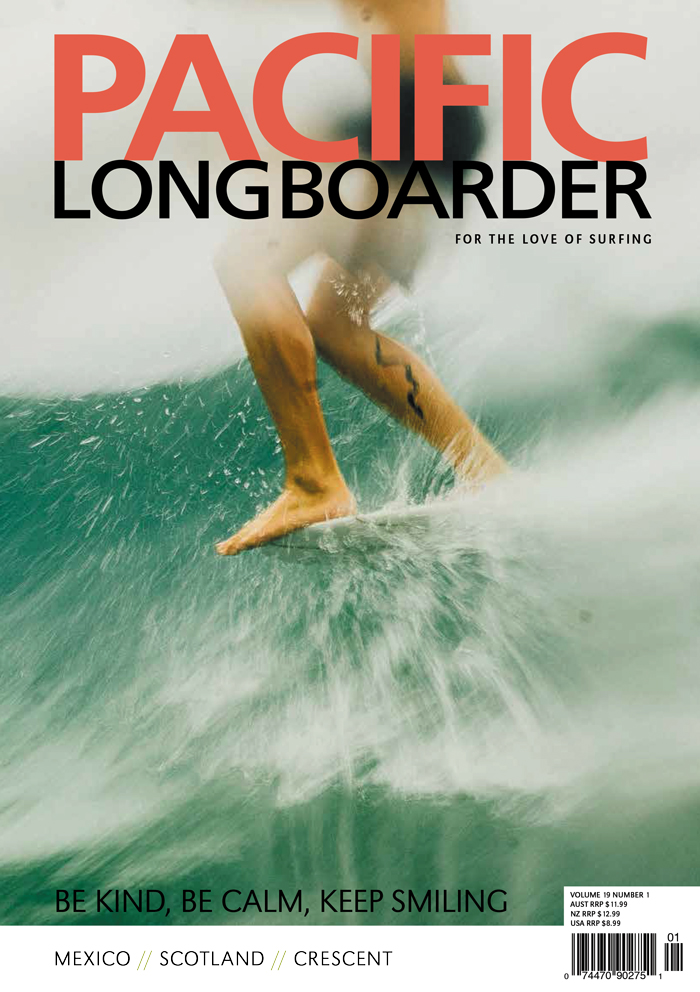 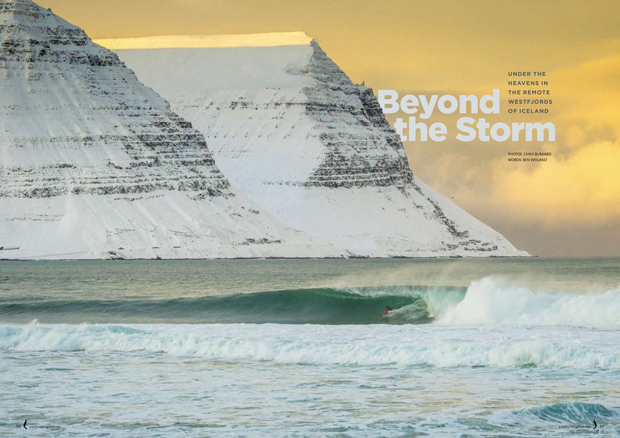 Chris Burkhard has featured in PLB twice before with trail-blazing images of Russia’s Eastern Peninsula and the Faroe Islands. He’s upped the ante here with astounding photos from a trip to Iceland with a small crew of maniacs who score extraordinary uncrowded (of course) waves backgrounded by ice-covered peaks and even the northern lights. Mind-surf these waves and prepare for the upcoming winter which will feel like a tropical paradise compared to what these guys experienced. Ben Weiland, as usual, delivers on the word front. 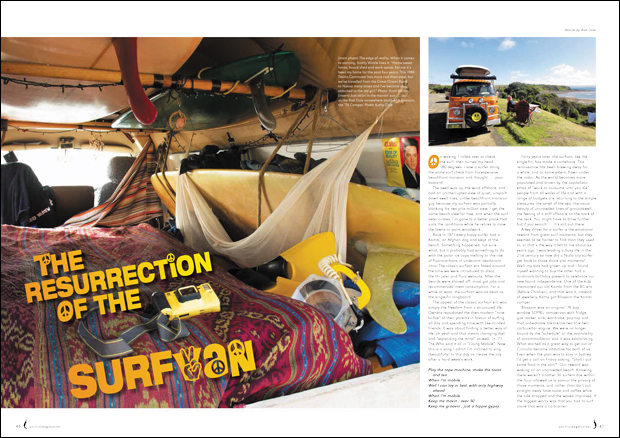 The Resurrection of the Surf Van

Rod Dale doesn’t mind a machine with four wheels and a motor. He runs a successful car dealership in Sydney and on weekends and holidays hops into his van du jour, once Blossom, an original ’76 bay window Kombi but now Morrison, a fully kitted VW Transporter. More questions than answers there I’d reckon Sigmund F would suggest! Rod really talks up this van caper and even introduces us to a few other van tragics and offers plenty of info and hints for anyone tempted to give it a go. If my PLB expense account manager ever wakes up to my 5 star hotel addiction I might have to give it a go myself. 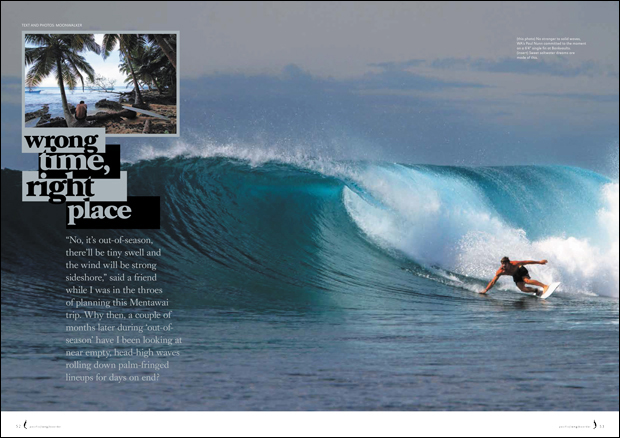 Thought to have accepted a substantial sum to defect to The Peoples Republic of China by Xi Jinping, our intrepid international man of mystery and staff photog,  was in Taiwan all the time. Realizing that the Mentawais were uncrowded in what’s generally considered by the tribe as the “wrong time” the Moonman, with some inside info from his informant Paul Clarke at the Pitstop Hill Surf Camp, headed there with a small posse. The intel was spot on and the crew scored near-empty headhigh waves for days on end. Genius! 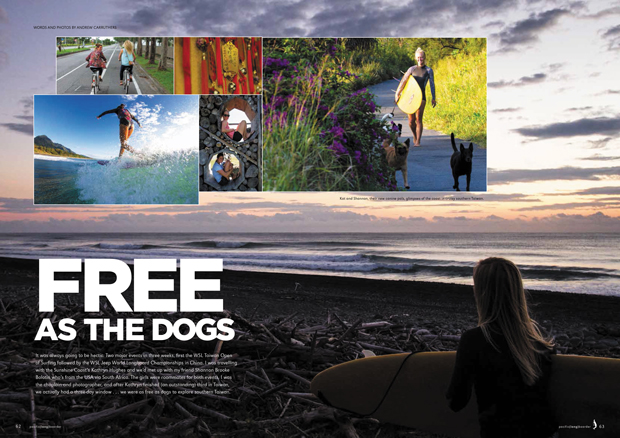 Free as the Dogs

While Moonie was in the Ments the coast was pretty clear in Taiwan so Andrew Carruthers tagged along with the Sunny Coast’s Kathryn Hughes and the US’s Shannon Brooke Boloten as they spent the few days between the Taiwan Open and the World Longboard comp in Hawaii checking out the action in Southern Taiwan. If you fancy warm uncrowded waves in an exotic location with the bonus of lots of friendly hounddogs on the beach – then Taiwan’s for you.

This issue’s cover was shot by Warwick Gow from the Sunny Coast also who actually has a degree in journalism, something not always seen in the surf media. It shows too in Warwick’s take on this year’s Noosa Festival of Surfing which again was a triumph for its committed organisers. It also never fails to produce lots of fantastic photos from the array of top-flight photo dudes (why are they nearly all blokes?) who attend every year.

Everyone's favourite. Eight pages of the best photos you'll see 'til our next issue. Socal, Newlyn UK, the Sunshine State and Middle Earth, what more could you want? Globalization - we've got it!

Rachel Fleming. Originally from Curl Curl but keep an eye out and you might spot her cruising the East Coast in her 89 VW Caravelle - of course.

As one of the few surf icons whose reputation is bigger than his ego, GG has had many opportunities to refine his act as a charming freeloader given his importance to the success of any significant surf function. So naturally his appearance at the Noosa Fest is not only a given but much anticipated by his fans and followers. This year however even he was surprised by some of what went down.