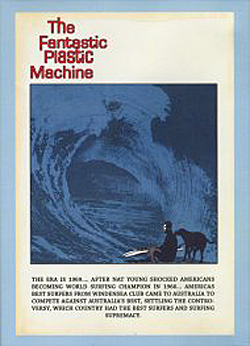 This surfing documentary was financed by the West Coast's Wind and Sea Surf Club. The nine-member group travels to Australia for a rematch against their Aussie counterparts with stops at Fiji and New Zealand.

The world-class surfers are shown riding the waves of the most coveted locales, hanging ten on 30-foot waves in spectacular action footage. Jay North provides the narration to this exciting action feature.