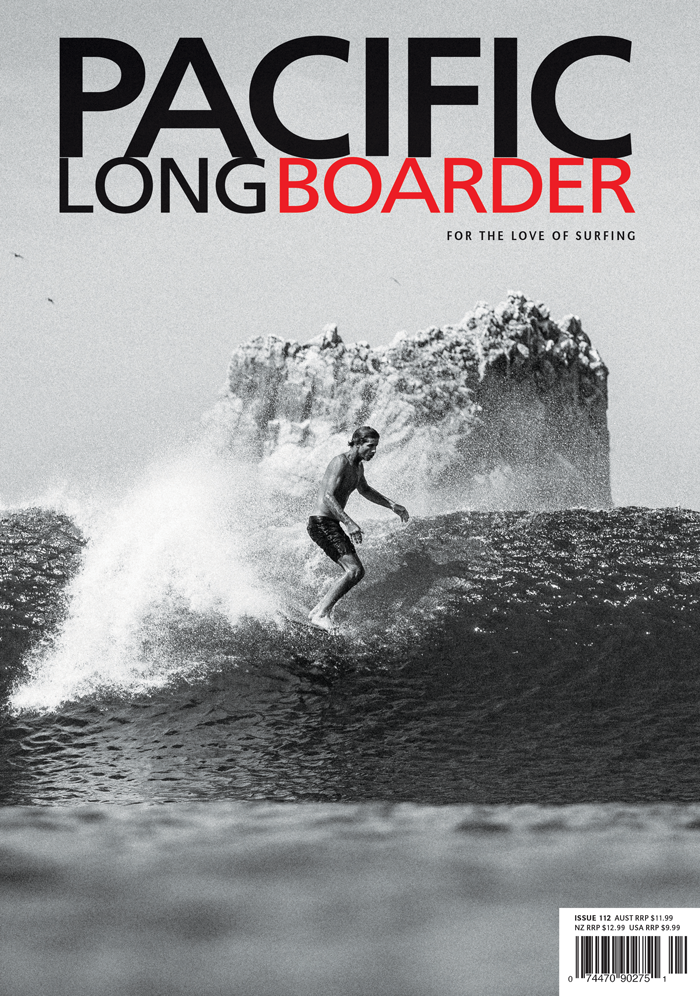 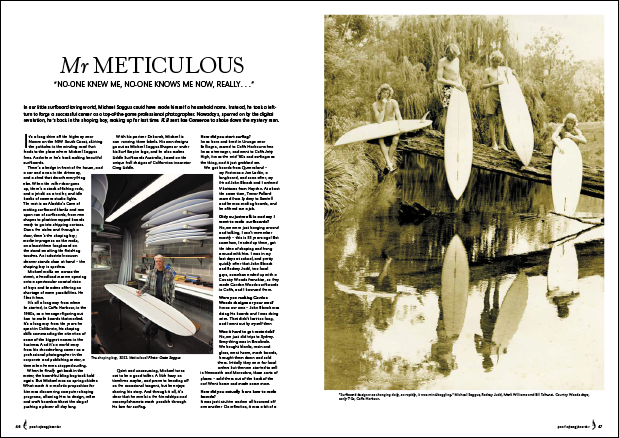 It’s over 20 years since the ed rolled out a profile of a fellow member of the Coffsa Nostra - i.e. the Coffs Harbour Mafia - in Bill Tolhurst which he attended to personally, but this time the hit has been assigned to another Brotherhood member in Ian “Camo” Cameron. But aside from all that, Mr Meticulous is a well-deserved spray about the remarkable career of Michael Saggus, master shaper and photographer who has flown under the radar for a very long time. He likes it that way too! 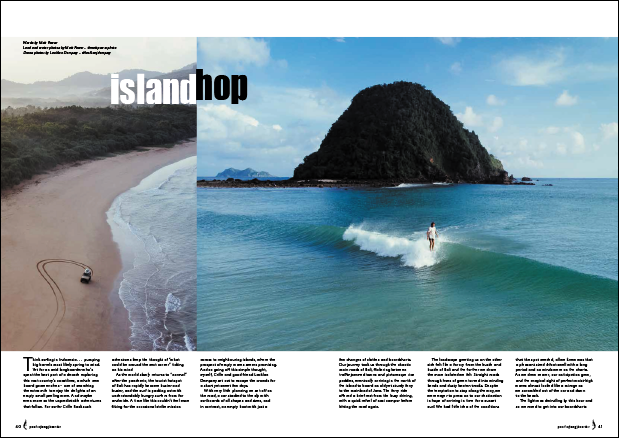 An Englishman, a Swede, and an Australian jump into a car and head off looking for logging waves in Java. As you do. Fortunately all three are accomplished photographers (and surfers of course) and we have the results. The Englishman: Matt Power. The Swede: Crille “Raskal” Rask. The Aussie: Lachlan Dempsey. 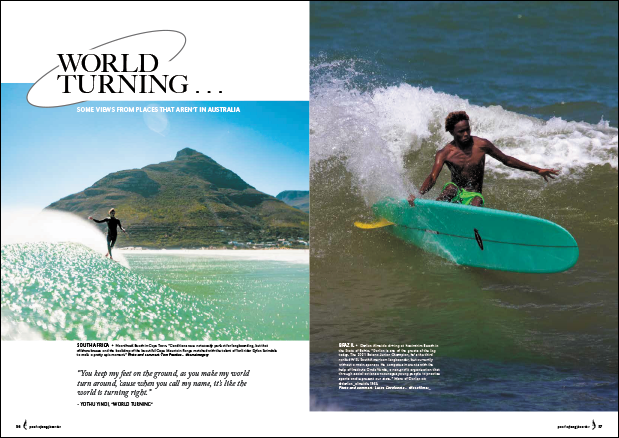 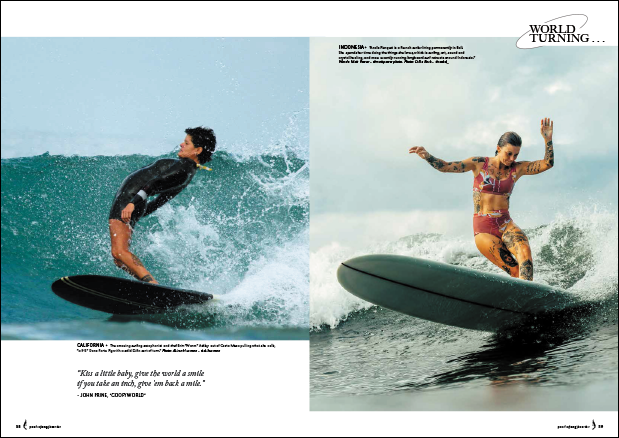 Profound quotes and inspiring images from places not in Australia. Featuring a lot of turns but the ed wasn’t restricted and dropped in a few tubes, glides and noserides. 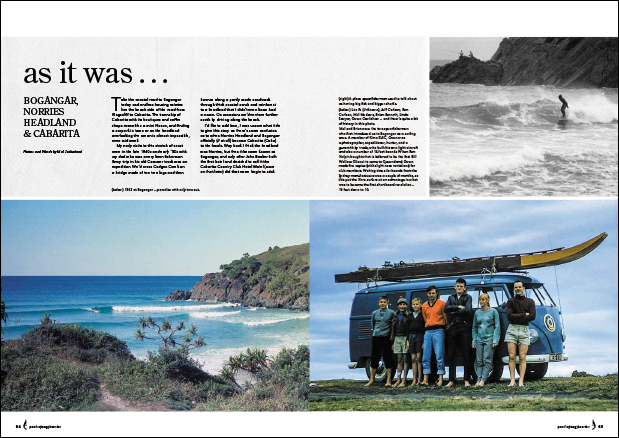 Bogangar, Norries Headland & Cabarita. Mal Sutherland digs into his limitless photo collection and puts together some classics from the very early days of longboarding when the Kirra crew would venture over the border in search of fresh surfing opportunities. Mal fills in some history and (hopefully) answers the question we’ve wondered about for years - is the correct name for the popular pointbreak really Bogangar or Cabarita? Bogangar Bob makes a rare appearance too. 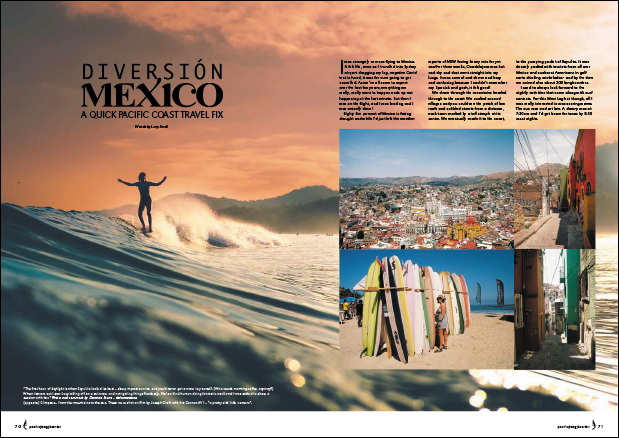 Lucy Small, our regular correspondent often from places distant and exotic, was getting itchy feet and then she received an invitation to compete in the Mexi Log Fest . . . so no decision really. Now we have Lucy’s take on her first trip to Sayulita and some great photos of local sights and Lucy and friends from photogs Toby Butler and Joseph Croft. 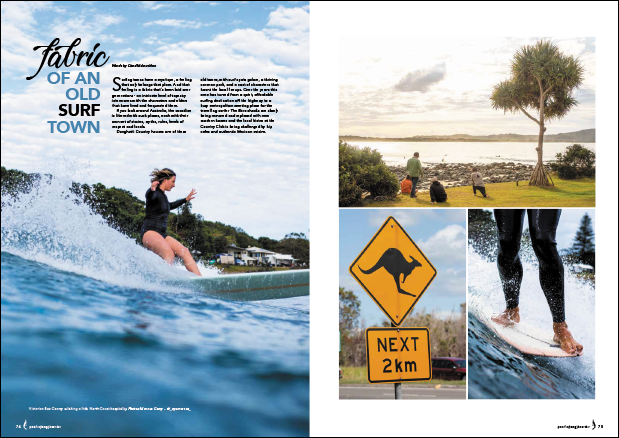 FABRIC OF AN OLD SURF TOWN

Many of us have travelled the coast over the years finding surf in quiet towns off the highway that have now been “discovered” by seachangers and the real estate industry, with the subsequent loss of local character and characters to varying degrees. Chad Mclachlan and a team of mates did ten days of travel north to escape the southern winter and check into a few of these old haunts and scored big time, discovering that at least the surf hasn’t changed and many of the charms of the old surf towns still remain.

Right up the front of every issue we whet your appetite with a random selection of the best photos we’ve seen – since the last issue.

Marie Chauche is from Anglet in South West France but still wants to travel and discover new waves, maybe in Australia and New Zealand or anywhere really.

The GG reflects on his interactions with the men in the grey suits over the years and unsurprisingly reveals Fanno’s shark punch was actually inspired by a GG fable.

+ THE 97TH BOARD GIVEAWAY

Yes, that really is 97 top-end longboards. This issue it’s a Carabine “Shakey” modern log no less.