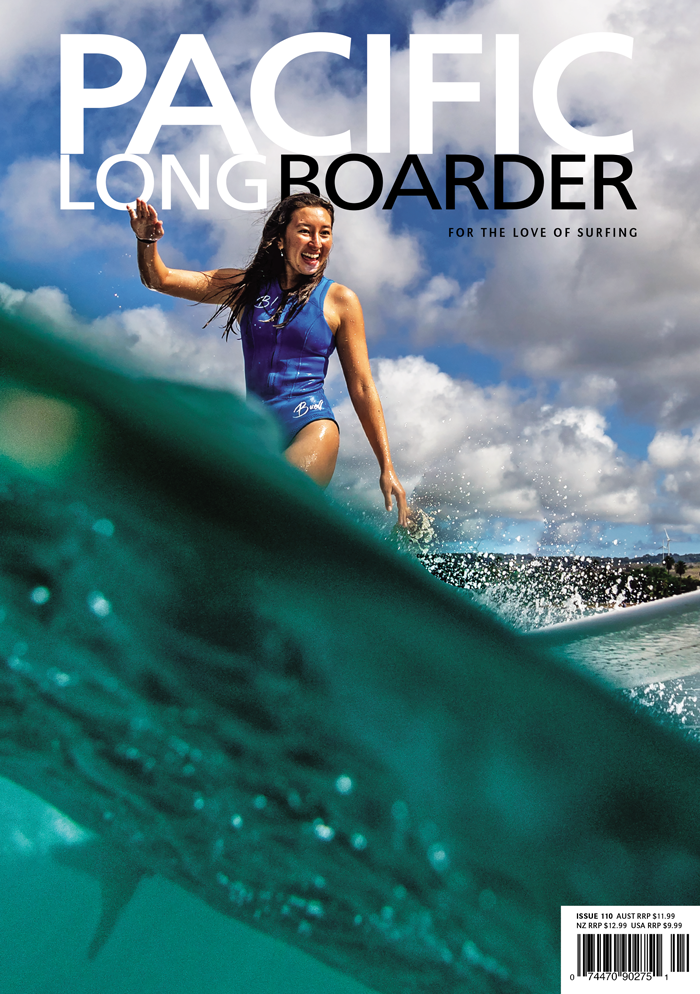 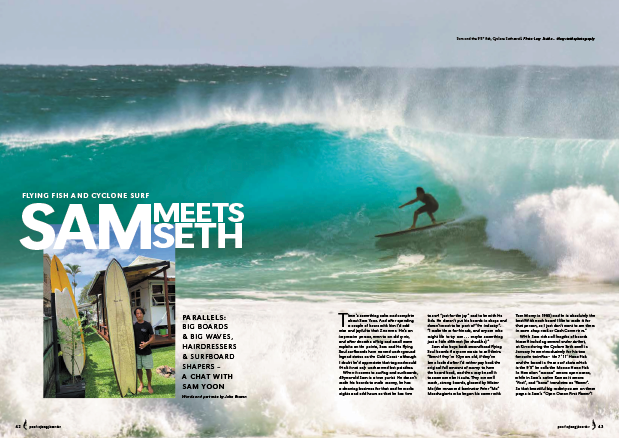 Flying Fish & Cyclone Surf One of the keenest and best surfers in the universe Sam Yoon leapt from underground guru status to media star thanks to some epic sessions at Rainbow to Kirra during Cyclone Seth. On a self-made mid-length but most epically on his 9’5” Flying Soul, Sam caught the attention of the scores of photographers on the scene. JB sat down with the man himself for a bit of history and to choose some of the best shots from the big day. 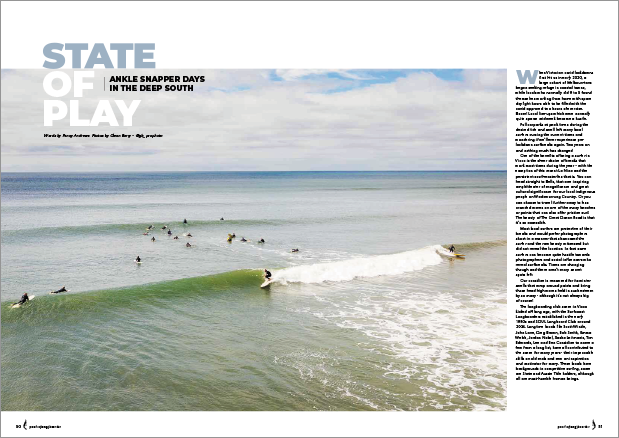 Ankle Snapper Days in the Deep South From the big warm waves of the Goldie to some small chilly ones in Victoria. Penny Andrews gives us an update on local longboarding’s development through the Covid lockdowns, the club scene and some of the standout performers over the last couple of years.
Land, water and drone shots by Glenn Barry. 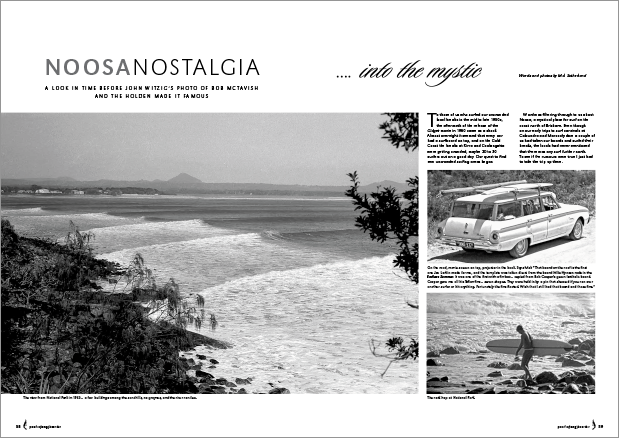 Into the Mystic If you’re looking for some Queensland surf nostalgia Mal Sutherland is your man. One of the Gold Coast’s originals, he started on toothpicks, got an okanui in 1956 and graduated to foam when they turned up. Accompanied by six pages of his photos from the early ’60s, Mal remembers the early trips from home at Kirra to Noosa when there were still dirt roads to negotiate, not much there and empty perfect line-ups. 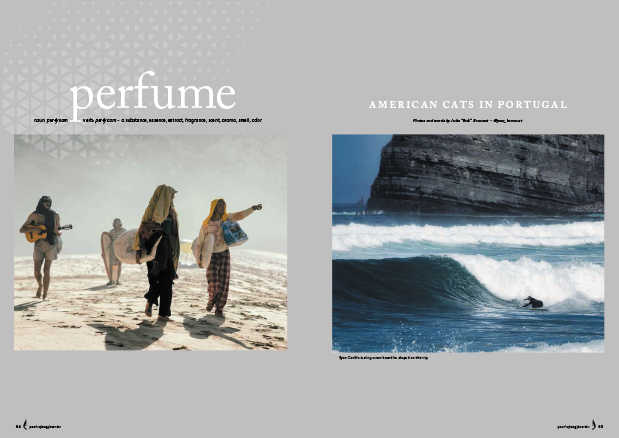 American Cats in Portugal Pat, Ryan and Saxon flew from Florida to Portugal with boards and attitude, met up with PLB correspondent and photographer Joao Bracourt, made more boards, surfed heaps of waves, had fun with the locals, and gave “Brek” the chance to give us some colourful and exotic photos and words. Pretty sure after reading this article you’ll want to be heading over there too! 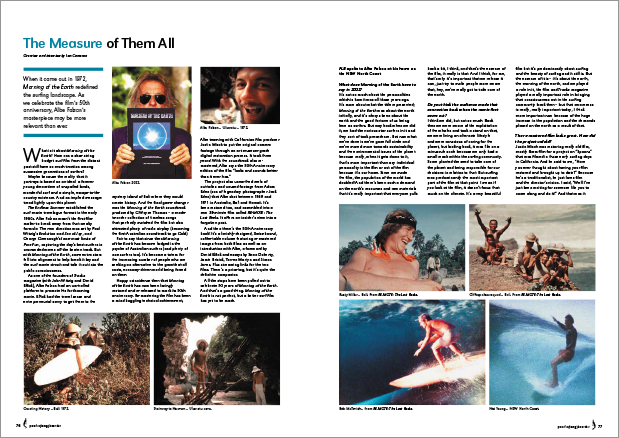 THE MEASURE OF THEM ALL

On the occasion of the 50th anniversary of the release of Morning of the Earth and the unveiling of a painstakingly restored version of the original, Camo headed to Lotus Central to interview Albe about the movie’s continuing and still-evolving influence. 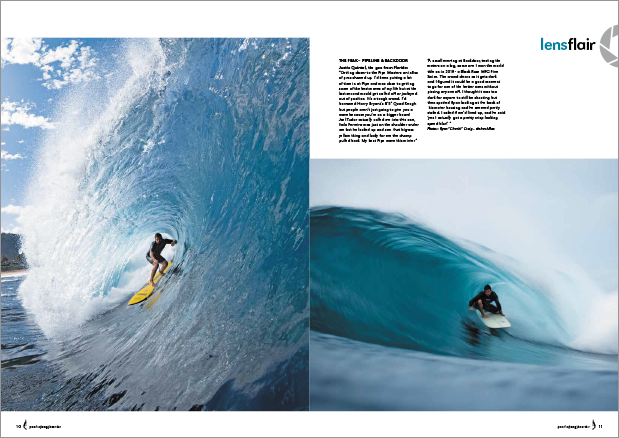 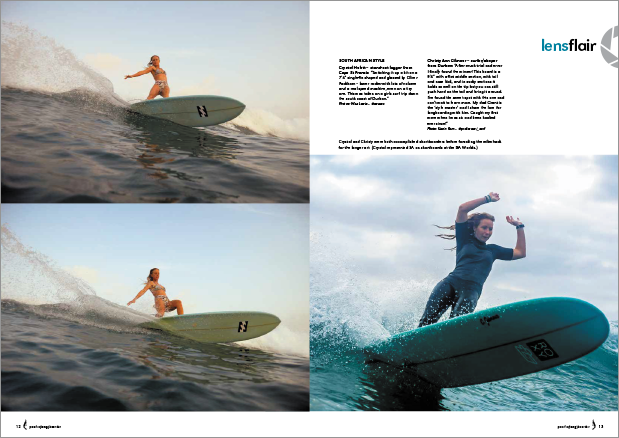 OMG Lucy Small makes the cover of Tracks; an inspiring story of a man’s determination to keep surfing even with Parkinson’s, made possible by surf technology; Phillip Island comp; Malibu in ’66; Spike the surf dog … and more.

The incomparable Kanoa Dahlin. On the cover of PLB in 1997, still going strong on the North Shore.

Our hero details for the first time his involvement in the conflict that went down on the North Shore between the locals and Aussies and how he played a major role in peace eventually breaking out.

+ THE 95TH BOARD GIVEAWAY

Yes, that’s 95 free top-end longboards. This issue is a Clayton Surfboards Noserider, hand-made start-to-finish by Clayton Bell in Gerringong. And what a Cadillac!