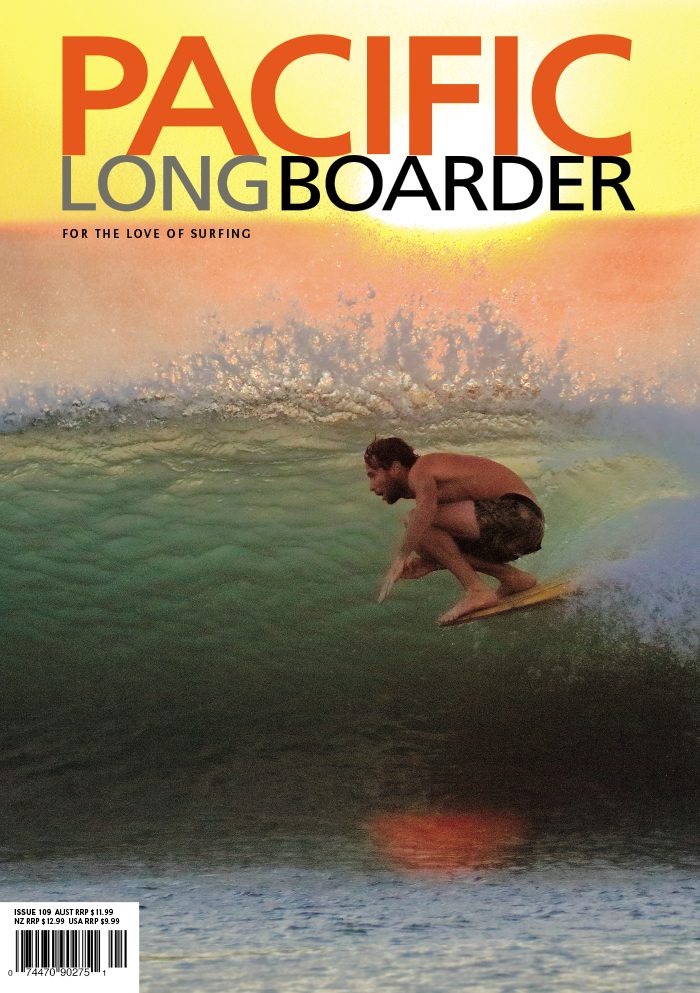 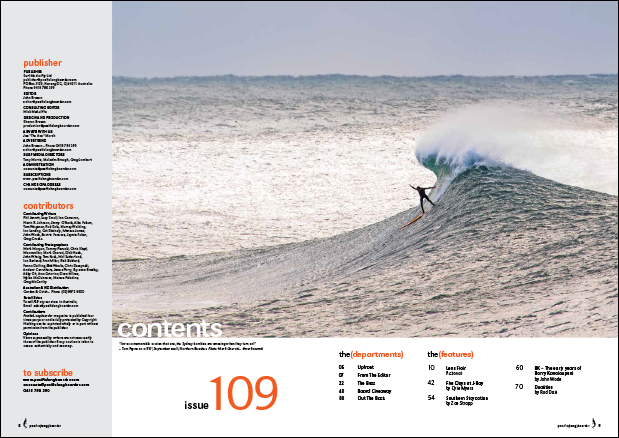 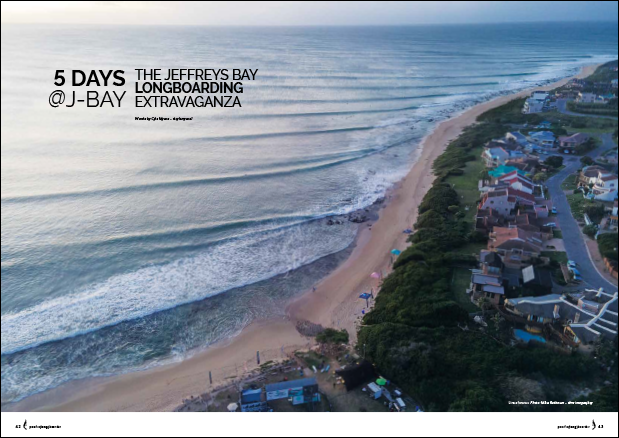 The Jeffreys Bay Longboarding Extravaganza: They might have given us Omicron but plenty of good things come out of South Africa including this fabulous spread over 12 pages showing not only J-Bay in all its glory but the huge amount of talent in the country. Even Jordy joined in the festivities! Words by Cyle Myers and stunning photos by SA’s best. 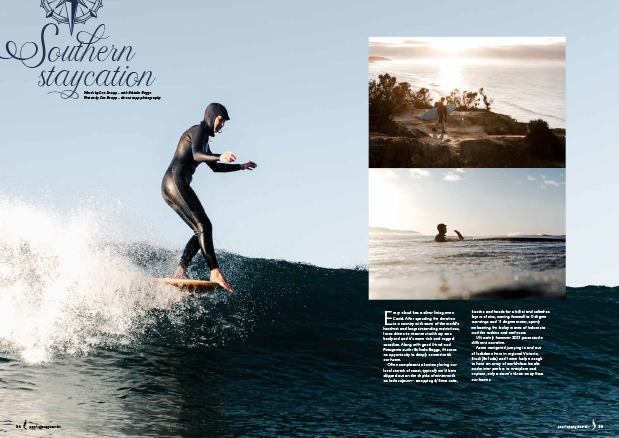 As they navigated their way around numerous lockdowns in regional Victoria this last winter, Zoe Strapp and Belinda Baggs forgot about bikinis and zinc further north and opted for 4/5mm rubber to re-explore the local wave-rich area around the Surf Coast. They had fun waves but some freezing mornings. Zoe took the photos and they both tell the story. 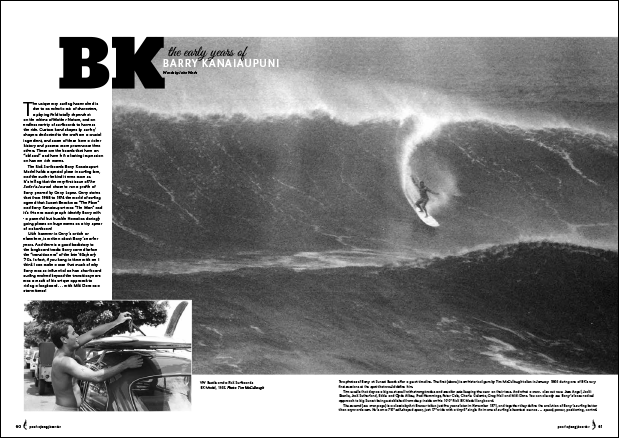 The early years of Barry Kanaiaupuni: Of course he rode a longboard too ’cos for years that’s all there was! Mostly famous for his Hawaiian exploits in big waves on small boards, BK has an interesting backstory on longer craft as well. John Wade returns with his unique then-and-now approach covering BK’s place in surf history, his boards and his legacy up to the present day. Input from Randy Rarick and rare phots from guru photographer Tim McCullough complete the picture. 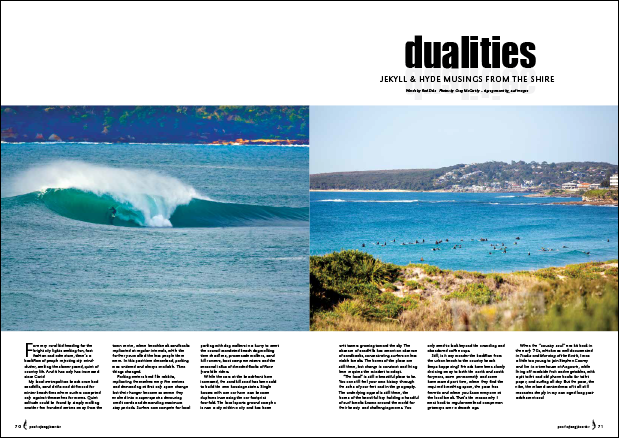 Jekyll and Hyde Musings from The Shire: The general pattern around Australian beach communities seems to be that the younger crew and newer residents are happy to see “progress” while the older mob have many regrets. Neither seem too keen on the increased crowds in the water though. Long term resident of The Shire Rod Dale offers his personal thoughts on changes around his beloved Cronulla and his search for a quieter lifestyle. Classic shots from Greg McCarthy 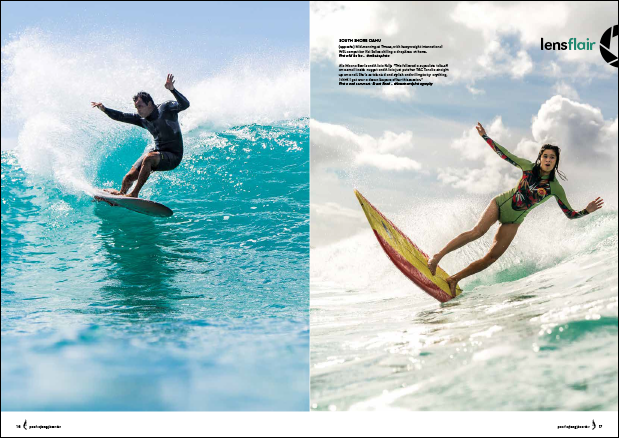 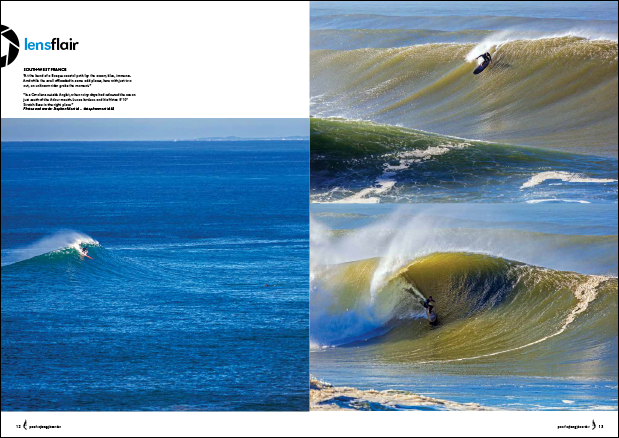 Nothing beats a beautiful full-page photo in a print mag and as usual we have plenty of them in this issue. A dozen pages of the best from right around the world.

So much in the Buzz these days: surfing on the Day of the Dead in Mexico, 70s secret safaris to the NSW South Coast, The British Longboard Union Porthmeor Classic and night surfing.

Samantha Dewhurst grew up in Cronulla and she’s a proud member of Cronulla Girls Boardriders which has doubled in size in 2021.

A slightly more sober(!) reflection from our hero this time as he ponders the days before luxury hotels and business class flights when scunging a lift with an older car owner was the only way to get out of town on the weekends or holidays.

+ THE 94TH BOARD GIVEAWAY