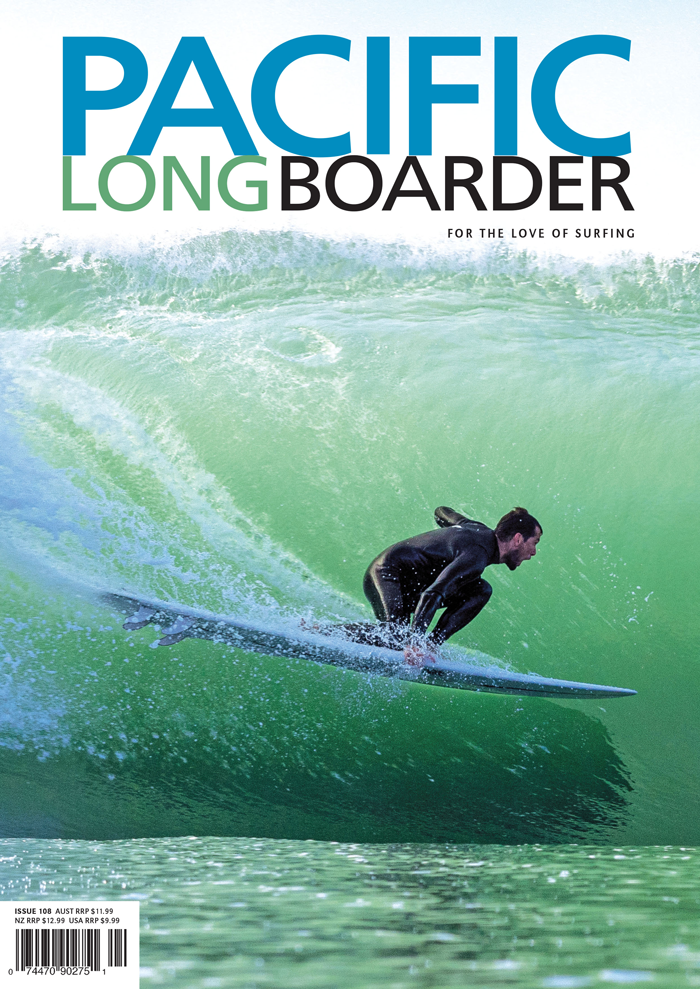 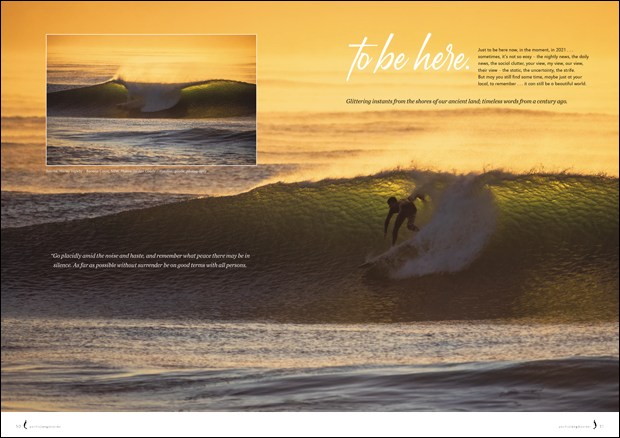 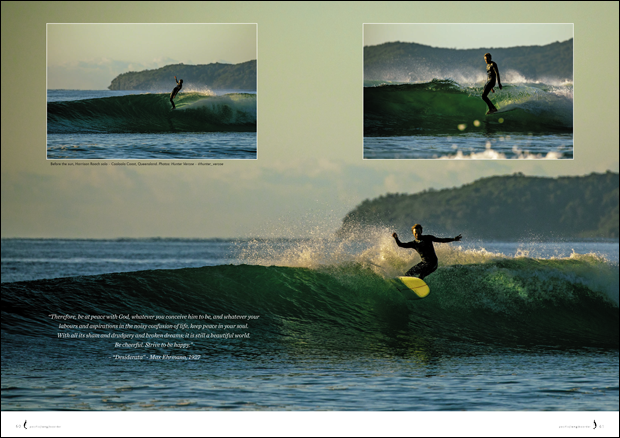 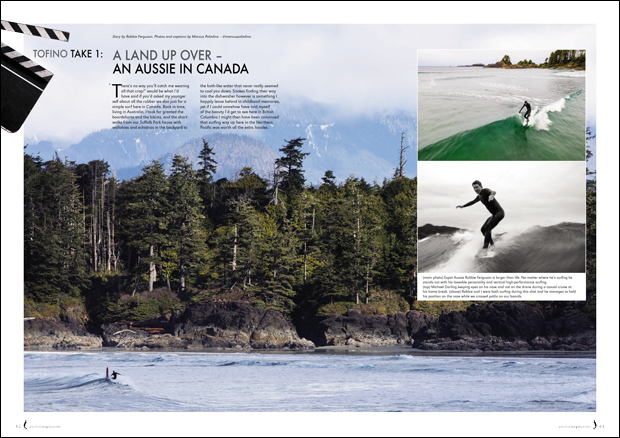 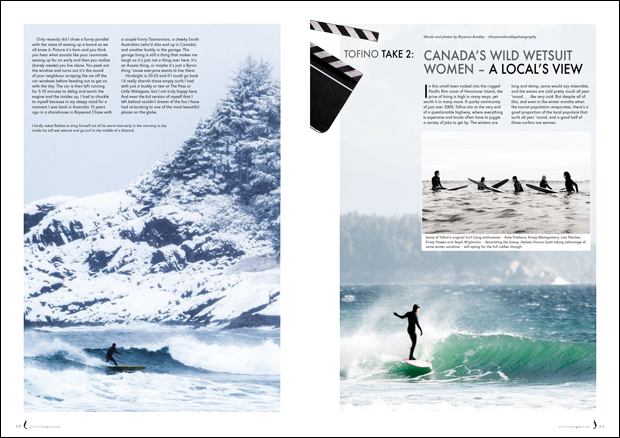 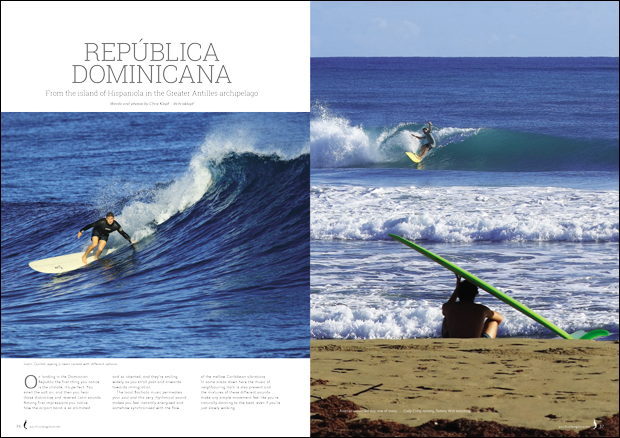 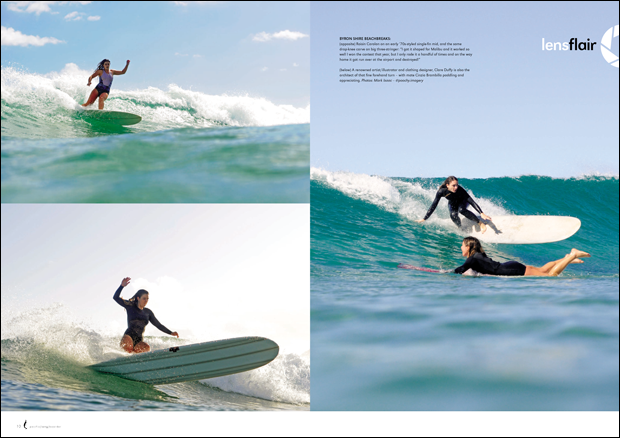 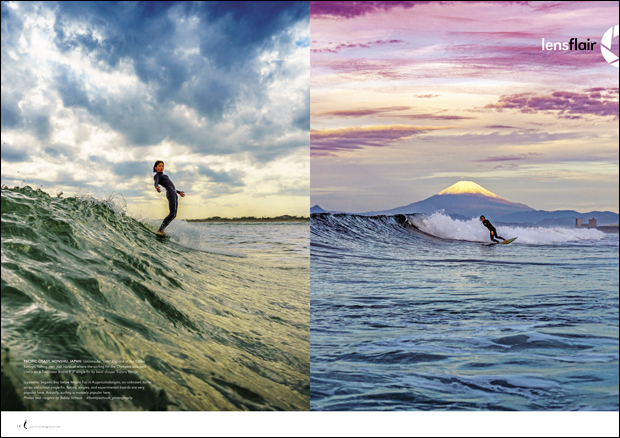 This issue's featured surfer is Megan Godinez aka Aunty Megz from Oahu – who’s the lone surfer in a family of Hawaiian water people. And she rips!

The Phil Edwards article last issue was a massive hit and prompted experienced US surf mag contributor Jim Lucas to send us the info on the best and most popular signature models that followed the Phil, plus some contemporary pics of these collectables.

UNDER MOUNTAINS FAR FROM SEA

John Chapman is an expat Aussie living in Austria but that doesn’t stop him sniffing out a sneaky river wave. Here he reflects on some of the unlikely places a dedicated surfer can indulge in the middle of Europe.

THE BREAST COMP EVER

20-year-old Emma Perrier lives at Kirra but regularly surfs at Evans Head. When a family tragedy struck 2 years ago she decided to organise this comp for a very worthy cause with outstanding results.

Noosa Longboards stocks a range of works by John Van Hamersveld, arguably the world’s greatest living pop artist and the creator of the incomparable Endless Summer image. And you could even score a signed copy. Find out in this PLB issue.

+ THE 93Rd BOARD GIVEAWAY