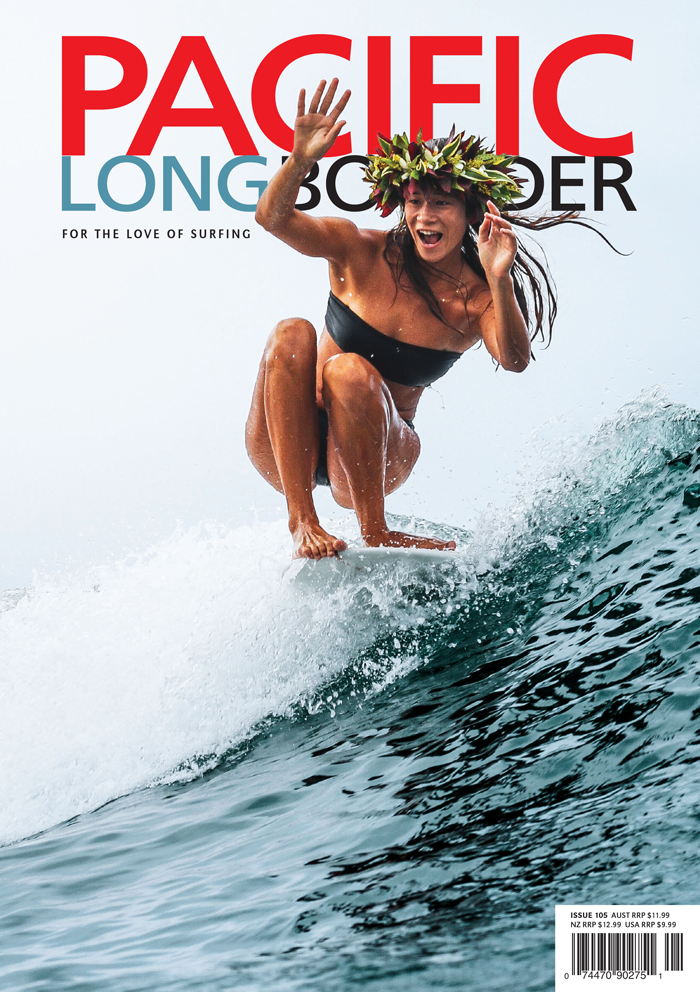 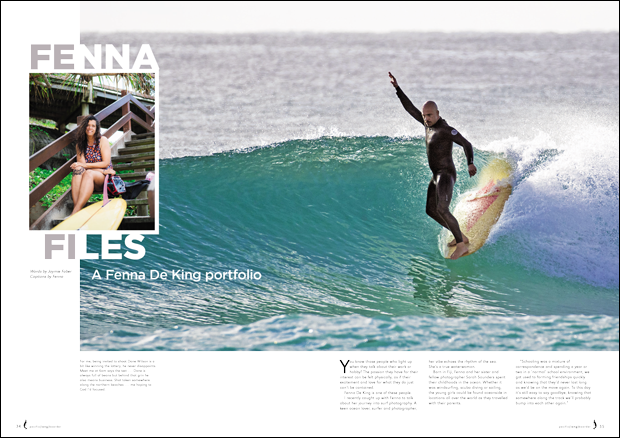 It looks like it's going to be a long hot summer Down Under so where better to kick off this issue than a spread of warm water south-east Queensland photos from Fenna de King. Schooled in Fiji, Fenna and her family came to the Sunshine Coast where she found her passion for surf photography after some interesting career moves. Author and artist Jaymie Faber brings us the words and insights behind Fenna’s 12-page portfolio. 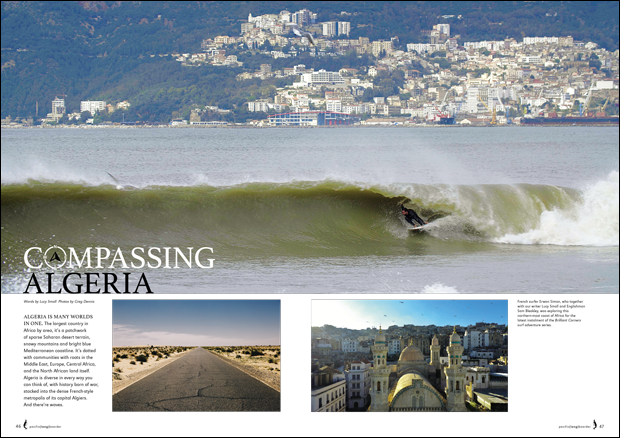 From close to home to a very long way away in all respects, but regular contributor Lucy Small can sniff out an obscure and interesting location better than anyone. Who would have thought? Waves in Algeria! Initially tuned onto the place by Sam Bleakley’s Brilliant Corners surf adventure series, Lucy discovered Dihya Nasri, Algeria’s sole woman surfer, and looks at the country and its surf scene through her eyes. Fascinating and very, very different. 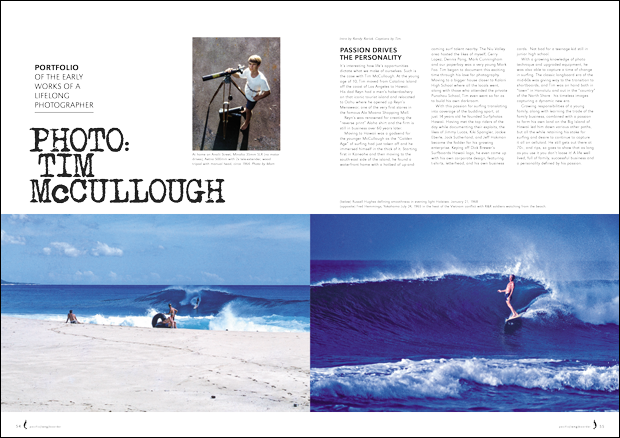 Randy Rarick and Tim went to school together on the North Shore way back, and while Randy needs no intro, Tim may not be as familiar to us as many of his contemporaries. Tim began shooting as a 14-year-old in the early ’60s and has a unique body of work from the original longboard era. Unlike a lot of ‘60s images floating around you won’t have seen most of these shots before. Randy gives us the info on Tim’s eventful life right up to today, where the now 71 year old is still surfing overhead Hawaiian power! 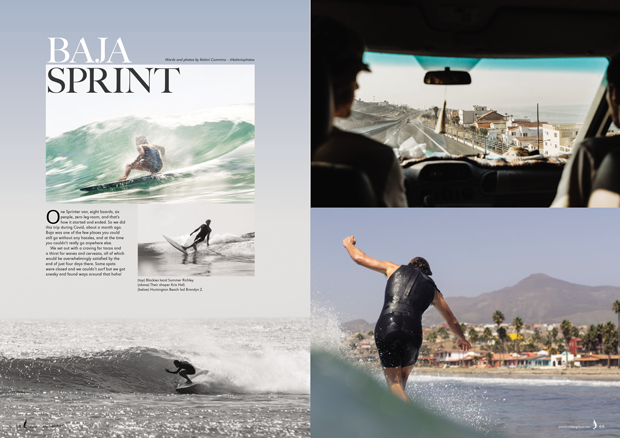 During the Cali Covid restrictions Kalani Cummins and a handful of buddies loaded up the Sprinter van and headed for the one place outside the US open to them - Baja, the land of waves, tacos and cervezas. Only 22 and a freelance photographer, Kalani has been around the world shooting the world’s most celebrated surf spots, and loving it. 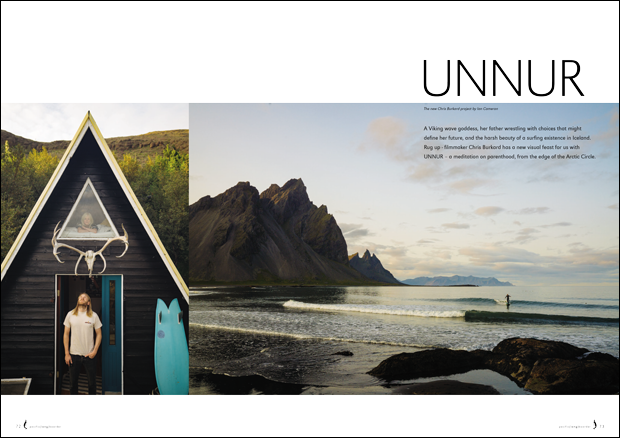 Some of the most wondrous photos to appear in PLB have come from filmmaker Chris Burkard on his numerous expeditions to the coldest surf spots on the planet. Camo checks out his latest project, UNNUR, a 19-minute meditation on parenthood shot in Iceland and chats to Chris about its inspiration. Again some fabulous images from the master. 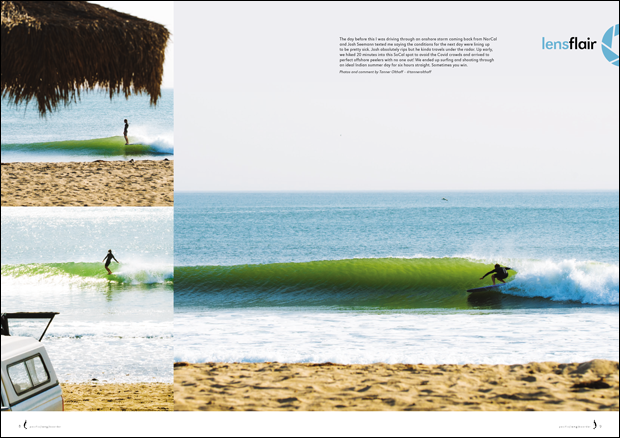 Wano Liao moved to Australia 13 years ago from Taiwan and found her happy place at The Alley.

Never one to let a trend go past, the GG heads to the outback to join the grey nomads. So now he’s the Grey Nomad Guru? At least that makes one less entitled baby boomer in the Noosa line-up.

Chasing the Pororoca in the Amazon with Chloe Calmon, surfing with the totally water-obsessed kids in Vanuatu, Max Pendergast’s book about Byron back in the day. The world of surfing has so many aspects and The Buzz is the place you’ll find some of the best - and offbeat.

Camo reviews the North Melbourne Surf Club, a surf music supergroup with a star-studded crew and a reimagined range of ‘60s music that will have you stomping up a storm.

+ THE 90th BOARD GIVEAWAY