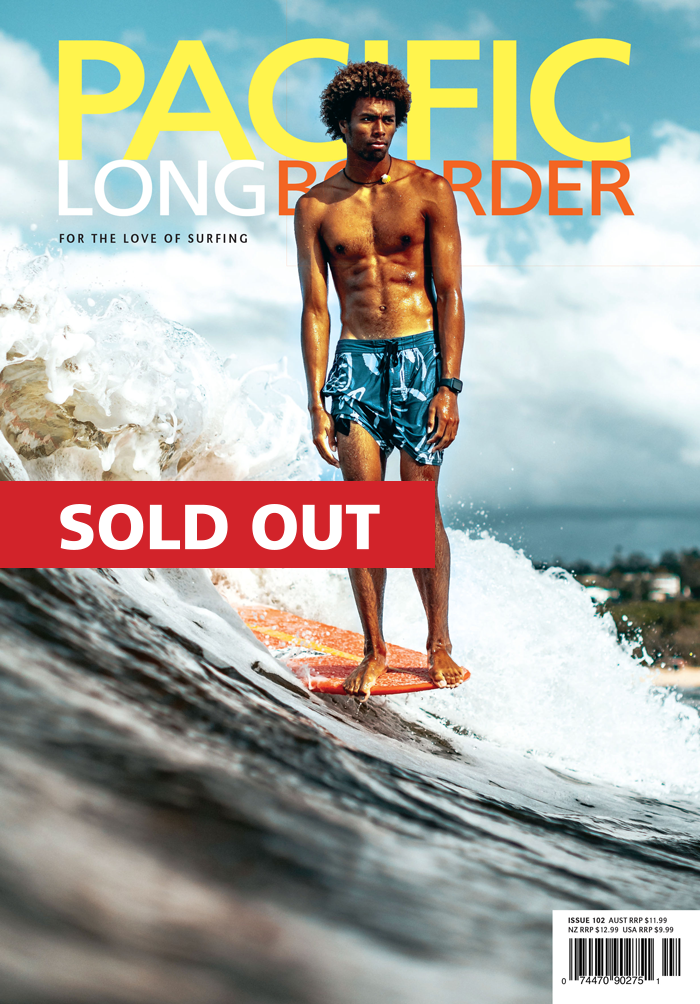 Bars, clubs, pubs, churches even beaches are closed! What a great time to grab your copy of PLB and this issue is an absolute cracker. 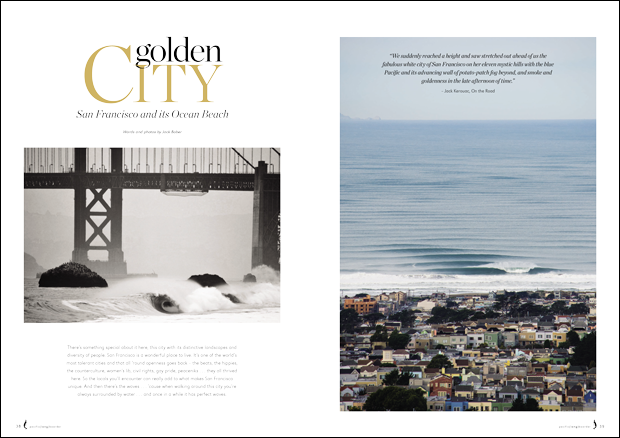 Words & photos by Jack Bober: New to PLB, Jack is a full-time student from San Francisco which gives him plenty of opportunity to look for different perspectives on a city noted for many things but not particularly for surf quality. Jack’s photos blew our minds when they landed and this 8-pager is definitely a highlight of the issue. 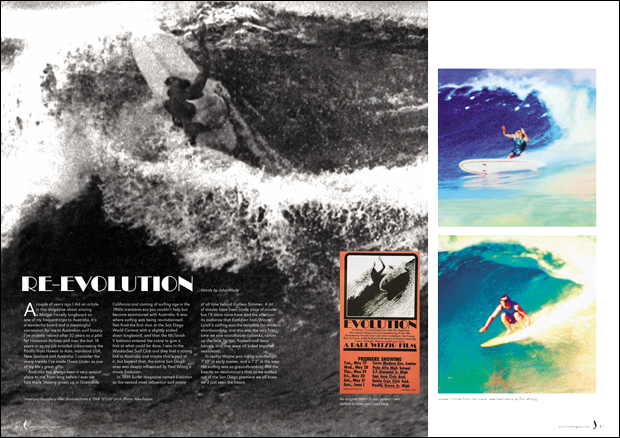 John Wade’s a recently retired Hawaiian Airlines pilot who lives on the North Shore, poor guy!  With time on his hands now he’s been deepening his long-time interest in the Witzig/Evolution/Lynch era of Australian surfing, and recently came over to pick up his third Evo Model from Wayne. While here he also took the opportunity to talk to Paul Witzig and reflect on the era with him. John reflects on and charts the influence it had on the overall development of surfing and interviews Randy Rarick And Jock Sutherland for an American perspective. Topped off with great current and historical photos. 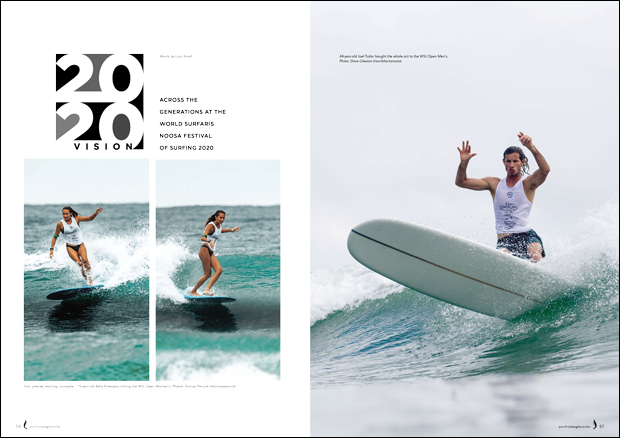 Subtitled “Across the Generations at the World Surfaris Noosa Festival of Surfing 2020”, Lucy Small’s report of our premier longboard event tells us that there’s no age barrier to competition success anymore with 15-year-old Kelis Kaleopa’a winning the Women’s WSL and Men’s winner Joel Tudor being almost triple her age. The surf was just OK but the photos are outstanding. 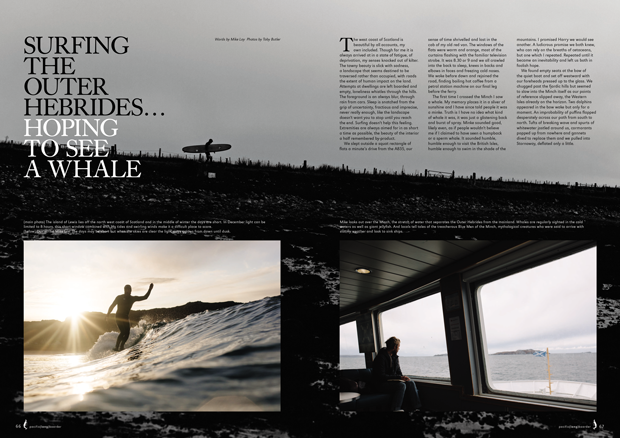 Words by Mike Lay, photos by Toby Butter: If you were a sheep you might want to go to the Outer Hebrides but otherwise… But it’s journeys to these remote places that gives PLB the opportunity to bring you vicarious experiences you most likely wouldn’t contemplate for yourself. Plenty of rubber, some sheep of course, a border collie and even some pretty decent longboard waves will take your attention away from the chill, hopefully. 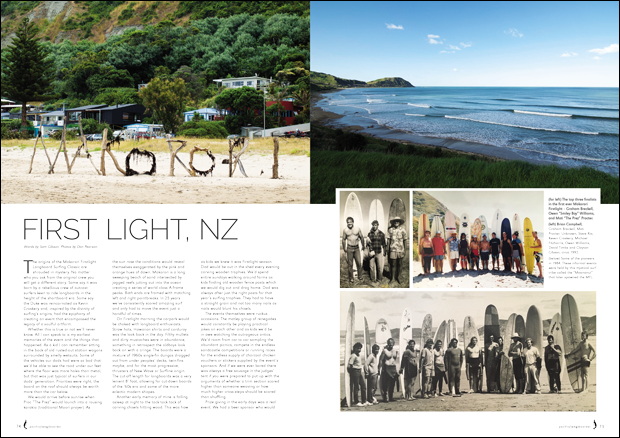 Words by Sam Gibson, photos by Don Pearson: Now in its 25th year the Makorori Firstlight Longboard Classic was born at the height of the shortboard era so you can imagine the renegade mob who kicked it off. Their spirit still dominates proceedings but the kids who were there at the beginning are now the ones organising the event. Basically it’s a group of 100 families from all over who come together to joke, eat, drink and incidentally compete. The beer sponsor is a dead-set giveaway as to the laid-back vibe. My kind of contest! 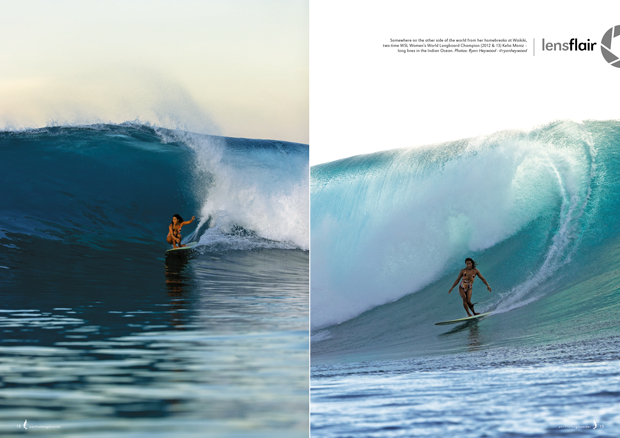 We’ve run out of superlatives to describe the quality of photographs we’ve been getting particularly over the last few years, with PLB one of the very few outlets left for quality longboard shots. But the double-page spread by Ryan Heywood of Keila Moniz styling on a couple of serious waves in the Indian Ocean is a standout. The others are mighty fine as well!

Mika Jodvalkis loves everything about surfing, and why not, getting started at the Pass in Byron and currently part of the vibrant Noosa longboard community. Cool photos by Fenna De King.

Cactus, Surfing Journals from Solitude - for the deeply committed.