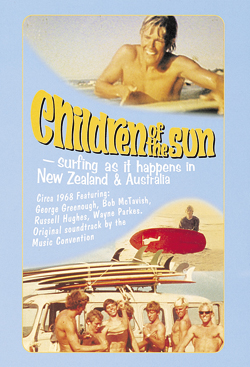 Children of the Sun

Children of the Sun will stir memories of the happiest days in any surfers life ... those uncomplicated hot sunny days ... no crowds ... never to be forgotten fun filled days.

Filmed in 16mm, circa 1965-67, around the virgin coastline of New Zealand and the classic points of Northern Queensland, Australia.

"The best longboard movie, bar none, from Australia." "A Visual Masterpiece" not since Endless Summer has a surf film projected such dazzeling crisp and beautifuly exicuted images of the longboard life style.