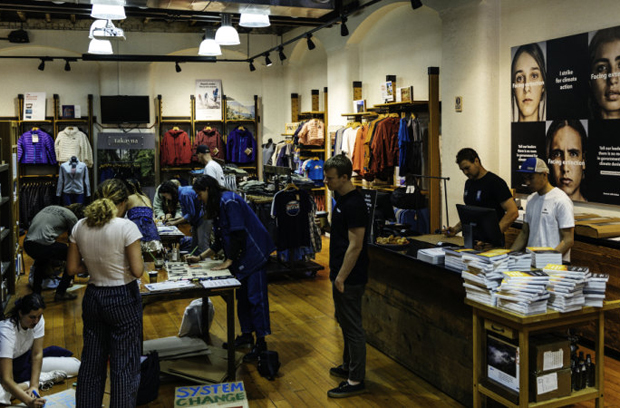 The Sydney store prior to the school strike for climate. 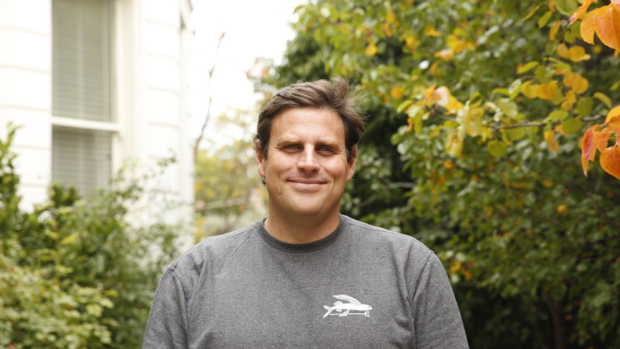 The Australian director of clothing brand Patagonia has hit back at radio presenter Alan Jones, saying the company was "not going away" and would continue to support climate activism after the presenter called its pro-climate campaign a "disgrace".

During last Friday's school strike for climate, the prominent outdoor apparel company shut stores globally and implemented a massive media campaign in support of the strike, buying billboards and full-page advertisements in The Age and The Sydney Morning Herald warning humanity was "facing extinction".

This drew the ire of Mr Jones, who said the advertising was a "disgrace" and "frightening the hell out of children".

In response, general manager of Patagonia Australia Dane O'Shanassy told The Age and The Sydney Morning Herald the company was glad to be noticed and had no intention of easing its long-standing support of climate change activists.

"We're not going away. We're going to keep supporting Australian grassroots activism in support of the planet," he said.

Mr Jones said on Wednesday: "It is irresponsible to be spooking kids (and adults) with claims the earth is facing extinction in their lifetime, like Patagonia did with a full page ad on Friday.

“Reputable psychologists in Australia are reporting seeing children regularly who have mental health issues because of climate fear.“

As Scott Morrison said today, we should be letting kids be kids.”

Mr O'Shanassy said while the company was prepared to take the good with the bad when launching its media campaign, he was surprised at the "volume and ferocity" of negative responses Patagonia fielded.

Patagonia operates in Australia as a registered foreign entity. It has seven stores and outlets nationwide. It doesn't provide details on regional sales, but in the 2018 financial year the company's overall revenue exceeded $1 billion.

Patagonia is suing the United States government and President Donald Trump over his intention to reduce the size of two major national parks by up to 85 per cent.

Direct action of this sort is unusual for a private company, but Mr O'Shanassy says the company would have no qualms taking similar legal action in other regions if the opportunity arises.

"We are about saving the planet, and that means using all tools available to us," he said. "It doesn't feel like anything's off the table that's within the bounds of the law."

Earlier this month, Assistant Minister to the Prime Minister Ben Morton called on businesses to stop "pandering" to activist groups or shareholders, imploring corporate Australia to "not be seduced by the noisy elites".