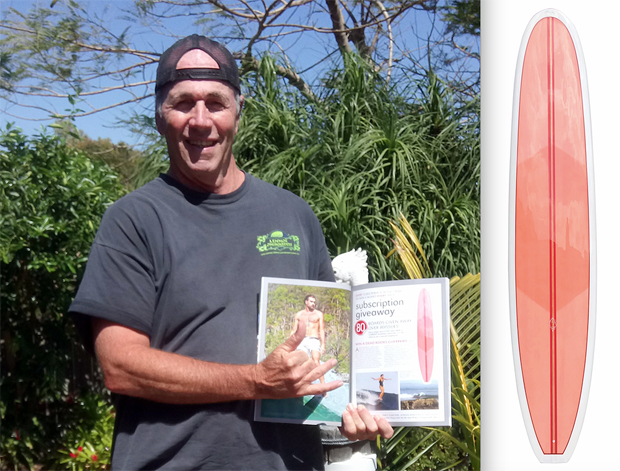 Our 80th subscriber board winner Wayne Booth. And right in time for his 60th birthday! 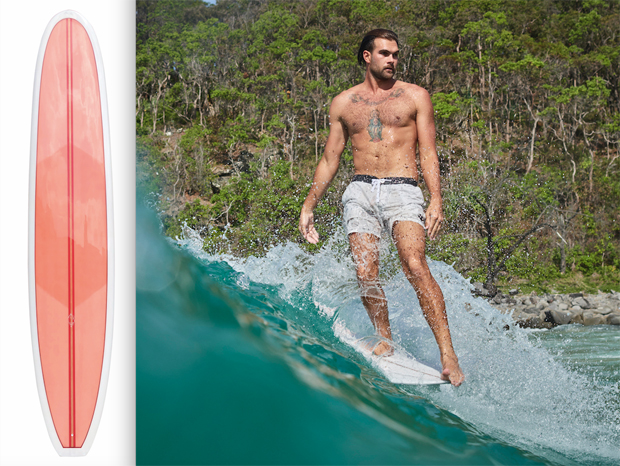 Lennox Head’s Wayne Booth has spent the best part of his life looking after others in one way or another. A cardiac nurse in Lismore, he’s the guy who actually puts the stents into people who really need him to, and he’s been a medical nurse in all sorts of different fields for 40 years.

He’s also the secretary and first Life Member of the Lennox Longboarders, and he ran the annual Lennox Classic for 16 years. Scratch him though and underneath you’ll find a big frothing grommet, a true surf tragic.

Wayne stated surfing around Ballina when he was 10, surfed Flat Rock and all the spots through to Lennox when it was the old dirt road, rode longboards and then all the different configurations of shortboards through the revolution and beyond, came back to mals with the rebirth, and says, “These days I just really like to ride loggers.”

Well Wayne, you’ve got a big, clean single-fin here, and we’re rapt to be able to give it to you.

Shaped by Eden Saul, the Dead Kooks Guerrero was designed with CJ Nelson, with the outline a nod to some of Eden’s late ’60s Australian favourites. “I wanted to bring a fresh approach to what CJ has been riding, and the Guerrero is something exciting I think. We added some extra lift up front giving a clean and consistent curve for hold on the nose, and it’s stable and fast in forward trim.

“It’s carrying width just behind centre for a nice hip, and the rails are noticeably a little lower, more a 60/40 running into a paneled V section through to the fin for a dash of edge for control, direct drive under foot, and a little flair.”

And she’s all yours Wayne Booth.