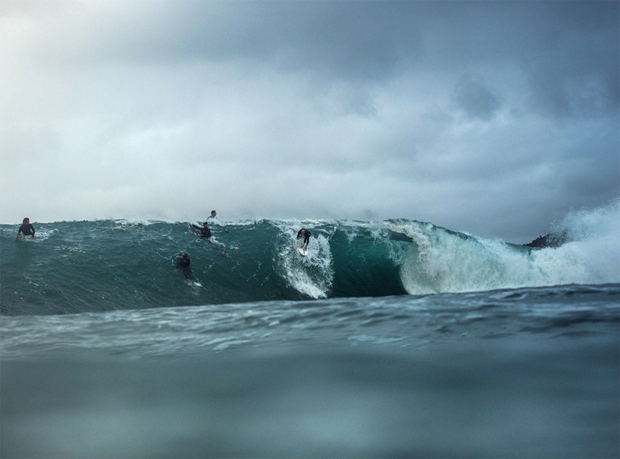 WSL surfers will need to get vaccinated to compete in Australia

Here’s how it was reported in The Guardian:

Choppy seas ahead for Kelly Slater and other athletes unvaccinated against Covid-19.

For three decades, Kelly Slater has dominated Australian waves. He first rung the iconic Bell’s Beach bell in 1994, and then again in 2006, 2008 and 2010. On six occasions he has triumphed in competition on the Gold Coast. On his way to winning a record 11 world titles, famous breaks across Australia have often provided an early season launch pad for the American star.

Perhaps never again. The World Surf League has recently warned surfers that remaining unvaccinated ahead of the 2022 season would pose “significant challenges” and may see them prohibited from “entering certain countries if they are not fully vaccinated”.

At the top of that list is Australia, where the WSL is expected to head in April for events at Bells Beach in Victoria and the Margaret River in Western Australia. While the nation’s entry conditions for non-residents have yet to be confirmed, it is anticipated – as with the Australian Open – that unvaccinated athletes will either be banned or face strict quarantine requirements.

Slater, a tour veteran who will soon turn 50, is understood to be unvaccinated against Covid-19. He caused controversy in a recent comment on Instagram, criticising the pro-vaccination advocacy of Australian Ironman athlete Matt Poole. “If something happens to me, it’s on me, not someone else,” Slater wrote. “And for people saying listen to the doctors, I’m positive I know more about being healthy than 99% of doctors.” The surfer has no medical qualifications.

Unless Slater’s views on vaccination change (he has insisted he is not against vaccinations, just that he does not currently feel comfortable being vaccinated against Covid-19), or authorities loosen restrictions, it seems that the best surfer of all time may never again compete at Australian beaches.

Nor is he the only one. Brazil’s Gabriel Medina, who won the 2020/21 WSL season, thanks to wins in Australia at Rottnest Island and Narrabeen, admitted last year that he had refused a vaccination ahead of the Tokyo Olympics.

Medina's current status is unclear – he later insisted his failure to be vaccinated was a “mistake”, adding “vaccine saves lives, guys!”

Slater’s predicament underscores a looming dilemma for international sporting competitions. While Australia’s long-closed borders are now slowly reopening, the blanket ban on foreign arrivals is being replaced by vaccination requirements that are stringent by international standards. In sports notable for their globe-trotting – including tennis, golf, road cycling, Formula One, surfing and cricket – Australia’s entry requirements make being unvaccinated a significant competitive liability. Across a season of fine margins, sitting out one of the four Grand Slams, a Grand Prix or two WSL legs is unthinkable. Or is it?

“I don’t think an unvaccinated tennis player is going to get a visa to come into this country,” Victorian Premier Daniel Andrews insisted recently, amid defending Australian Open champion Novak Djokovic’s ongoing disinclination to disclose whether or not he has been vaccinated. “And if they did get a visa, they’d probably have to quarantine for a couple of weeks. But let’s not personalise it. I don’t think any other [unvaccinated] tennis player or golfer or Formula One driver will even get a visa to get here.” Djokovic has told the New York Times that he is not against vaccines generally, but does not agree with mandates – especially for the Covid-19 vaccine.

In comparison, anyone is able to enter the United Kingdom without a vaccination – but must self-isolate at home for 10 days and test negative twice. In the past, the British government relaxed entry rules for Premier League stars competing abroad during the international break. In the United States, non-nationals must be vaccinated but there is no blanket quarantine rule for unvaccinated returning citizens. Singapore has also adopted a vaccinated-only approach. While Australia may be at the stricter end of the spectrum, it is by no means the only nation insisting on the vaccine.

Globally, sports have been grappling with how to ensure widespread vaccination among athletes and staff. The AFL has been at the forefront, implementing a vaccination mandate that requires all players and football department staff at AFL and AFLW to be vaccinated in order to train and play. The NRL has insisted it will not take the same approach, although admitted that state health rules and airline requirements may take the matter off their hands. In the NBL, 99% of players have had at least one dose ahead of the season tip-off next month; in reaching that high-level of coverage, a number of players who refused to get the jab have been released from their contracts.

Those numbers compare favourably to overseas leagues – only about 70% of Premier League stars are double-jabbed, while rates in major American leagues hover at just above 90% – largely without the use of league-enforced mandates. But there have been high-profile hold-outs – Kyrie Irving has not played a minute this season for the Brooklyn Nets, after refusing the vaccine in the face of a New York City requirement for anyone entering indoor gyms, including the Nets’ stadium, to be vaccinated. While Irving remains benched, he is being paid only half of his $45m annual salary.

While interest in high-profile domestic athletes who have refused vaccination may diminish once leagues return to action, international competitions look set to face an ongoing headache. With major global events on the agenda, including the UCI Road World Championships and Fiba Women’s Basketball World Cup next September, the Fifa Women’s World Cup in 2023, and the anticipated return of F1 at Albert Park and the Tour Down Under in South Australia, being vaccinated is likely to be an effectively essential requirement for jet-setting sports stars.

For as long as the likes of Slater and Irving resist the vaccine, their fame and sporting prowess will mean that leagues and governing bodies grapple with meeting local requirements while attempting to accommodate the hold-outs. Yet with state premiers holding firm, a compromise in Australia seems unlikely. Slater’s rivals on the WSL will breathe easy knowing they have one less foe in the water at Bells Beach next Easter.