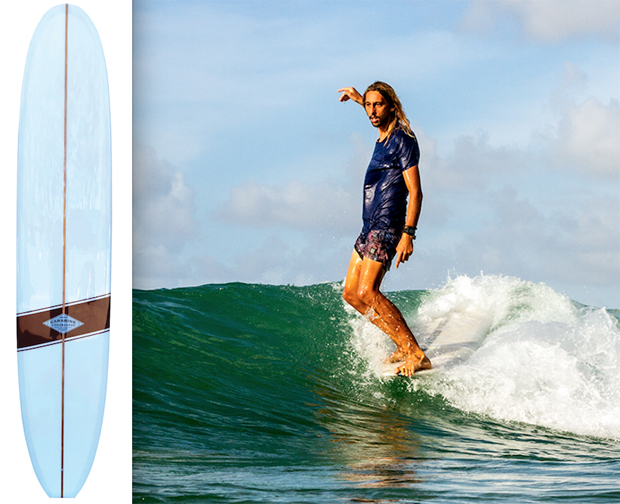 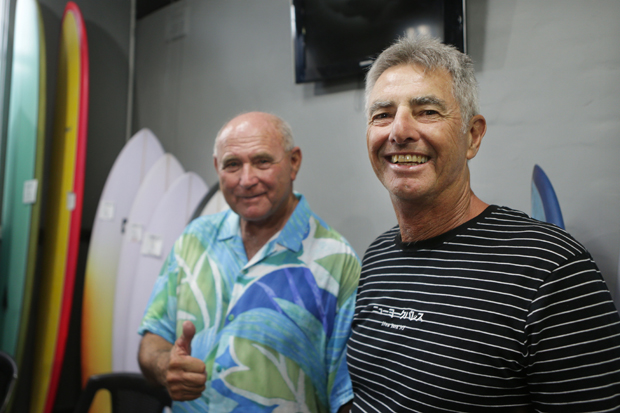 Lifetime shaper/designer Terry Bishop with Ian Cairns. The Snake got his first electric planner as a 16-year-old in 1966 – still shaping. 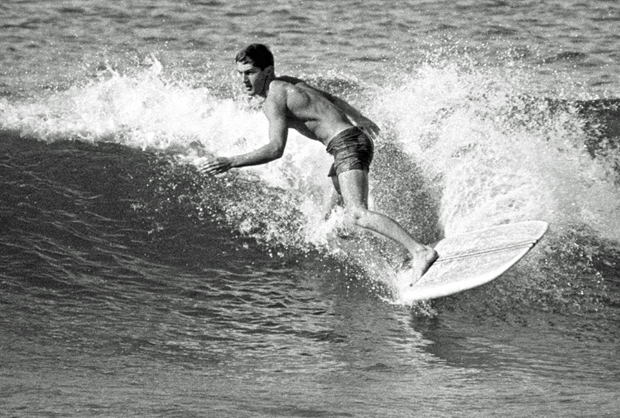 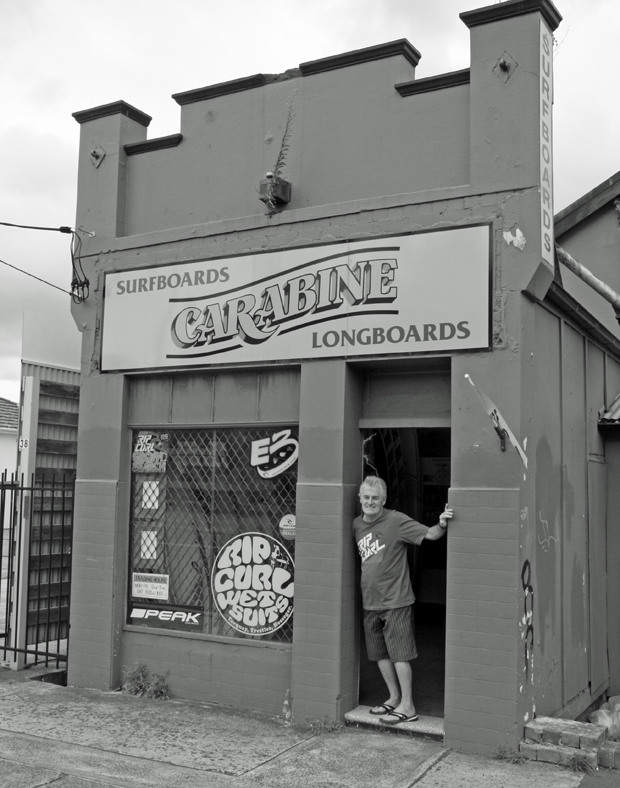 Mick Carabine out front of the factory on the day he handed over the torch to Shane Hornby in 2011.

After 52 years of building boards of all sorts in Wollongong, the Carabine label runs deep in the DNA of South Coast surfing. It was kicked-off in 1969 by glasser Mick “The Pom” Carabine, a standout Australian surfer of the ’60s longboard era.

Terry “Snake” Bishop was the original shaper, and along with innovative boards for PT, Occy, Cairns, Horan, Banks and others, he’s crafted countless shapes for everyday surfers over the decades - and he’s still hands-on at Carabine today.

In 2011 Mick sold the business to Shane Hornby, a hot local who’d grown up surfing Carabines and forever hanging around the factory, who was determined to keep the integrity of the label intact. “We’ve got some of the best locals on long and short, and while these guys are unreal to watch I really get off on anyone being stoked on our boards - good surfer, ordinary surfer, it doesn’t matter. Life’s too short to surf shit boards!”

“The Shakey is a modern well-balanced log, with the wide point in the centre, 50/50 rails with subtle concave in the nose to a gentle soft roll in the middle to a rolled vee out the tail. The rocker is quite flat up front and a generous kick in the tail gives plenty of control on the tip and it’s easy to turn when you need it.”

Custom from 9’0” to 9’10”– and some Australian PLB subscriber will own a Shakey by next issue!

NEW PLB ISSUE > NO 108 will be in the mail to all international and Australian subscribers next Friday 10th.