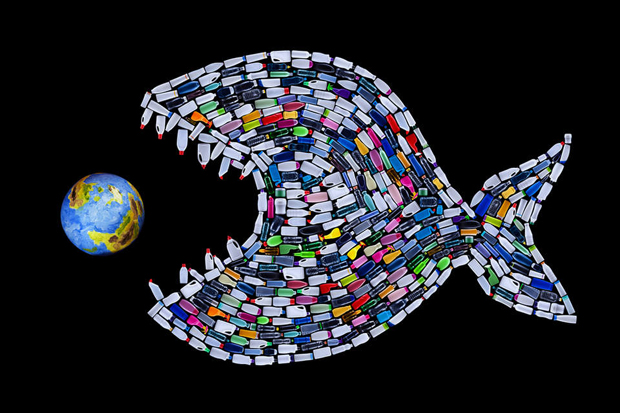 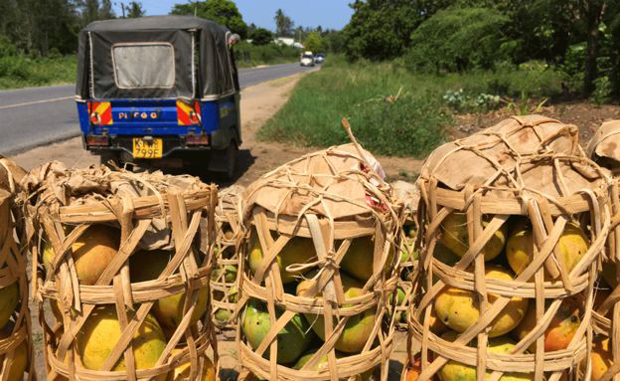 Since Kenya’s plastic bag ban, mangoes have been sold in basket towers. Shopkeepers say they protect the fruit better.

Sourced from the BBC: Nations have agreed that the world needs to completely stop plastic waste from entering the oceans.

The UN resolution, which is set to be sealed tomorrow, has no timetable and is not legally binding. But ministers at an environment summit in Kenya believe it will set the course for much tougher policies and send a clear signal to business.

A stronger motion was rejected after the US would not agree to any specific, internationally agreed goals. Under the proposal, governments would establish an international taskforce to advise on combating what the UN's oceans chief has described as a planetary crisis.

Li Lin from the green group WWF said: "At last we are seeing some action on this issue, but we still don’t have the urgency we need. The problem needs solving right now."

One contentious issue is the wish of delegates to include businesses on the global taskforce.

Ministers say the problem will not be solved without business, but green groups point out that some firms in the plastics industry have been lobbying against restrictions for decades.

Vidar Helgesen, Norway’s environment minister, a leading voice in the talks, told BBC News: "Business is listening to markets and seeing how marine litter is a growing popular concern.

"It's possibly the fastest-growing environmental problem and it's therefore a fast-growing problem for business. We need to bring on board those companies that want to change things, then look at taxes and regulations to make more companies act sustainably. We also need to mobilise businesses like aquaculture that suffer from marine pollution."

Certainly, there has been a flurry of resistance from plastics firms to the bans occurring across Africa.

One UN delegate, who did not want to be named, told me journalists in some countries were being paid by the plastics industry to write stories about job losses following the plastic bag ban.

Here in Kenya, a long newspaper report counted job losses from the sudden closure of a plastics plant. But it did not mention the jobs being created in alternatives, such as labour-intensive basketwork, which provides work for the rural poor.

But some governments are standing firm, and the meeting has witnessed individual nations declaring tougher action against single-use plastic bags on their own territory.

South Africa and Cameroon are the latest to declare a tax on the thin bags which strew Africa's fields and cities.

Bangladesh imposed a ban in 2002 after plastic bags blocked drains and contributed to major floods.

Sri Lanka and others adopted a ban for similar reasons, although in Mauretania a ban came because cattle were getting sick from eating plastic.

Whatever the motivation for restrictions, sea creatures will eventually benefit from a slackening in the tide of waste.

The UN's spokesman Sam Barratt told BBC News: "Of course we would have liked to have gone further, but this meeting's made real progress.

"There's now a sense of urgency and energy behind the issue that we haven't quite seen before. What is obvious, though, is that the UN can't solve this problem on its own. We need to do it in partnership with governments, businesses and even individuals."

Whilst the UN grinds slowly forward, one delegate told me the meeting had been really useful for ministers to share their experiences on action they had taken in their own countries. Laggards were learning from progressives, he said.

He highlighted collaborative action from states along Africa's Atlantic coast to clamp down on the waste that infests their seas. The UK may be brought into that partnership thanks to its British Overseas Territory of St Helena.

Read the full article on the BBC site