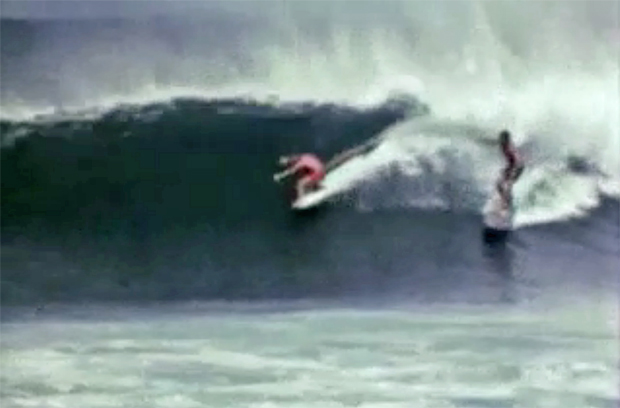 Time Capsule: The cranking Haleiwa section from "High On a Cool Wave"

We have a few DVD copies of this film (fully restored) still available in the PLB Shop on our website by the way.

FROM THE CURATOR’S NOTES:

"In one of the first big swells on the north shore of Hawaii in January 1968, the cream of the world’s surfers gather to size each other up at Haleiwa.

"The middle of the film is all set in Hawaii, most of it following a hot new Australian surfer, Peter Drouyn, as he makes his Hawaiian debut. Drouyn, born in 1949, had won the Queensland championship at 15, in 1965.

"That same year he won the NSW junior championship as well, even after he was badly assaulted by some surfers at Manly, the night before the contest. This footage is from late 1967-early 1968, shortly after his 18th birthday. In 1970, he was ranked number one surfer in the world.”

READ MORE & WATCH THE VID - the teaser of the Hawaiian section