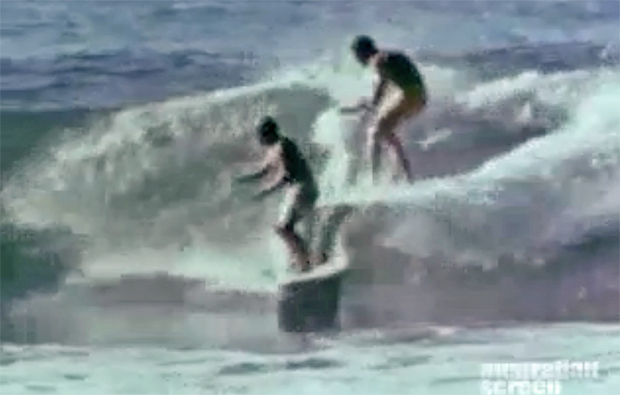 NFSA's description of this segment:

As a bigger swell hits Noosa Heads in the winter of 1966, Nat Young, Bob McTavish and George Greenough try out their new boards, getting playful on the waves.

From the curator's notes:

This idyllic footage from the winter of 1966 shows how good Nat Young had become, just before he went to the US to win the World Championships. Bob McTavish, 45 years later, described this footage as about as good as longboard riding could get. The playfulness with which these three innovators perform tricks for the camera gives a good sense of how complete was their mastery of these boards and conditions.

When this film was shot, surfing had already become a lifestyle, not simply a sport. The combination of elements here – the music, the light, the gracefulness of the technique, and the final narration – are all about giving a sense of the desirability of that lifestyle.

READ MORE AND WATCH THE VID