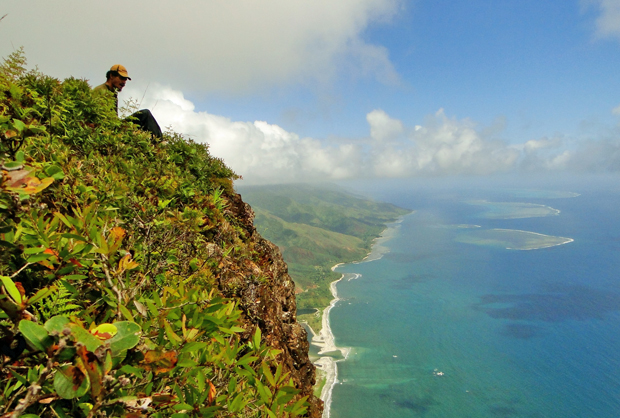 How grand it can be. 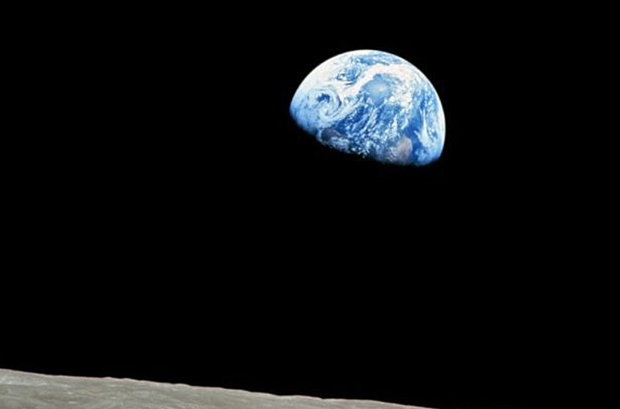 (Washington, DC) On April 22,1970, 20 million individuals took to the streets to demand greater protections for our planet. This became the world’s first Earth Day as millions took to the streets, college campuses and hundreds of cities to protest environmental ignorance and call for action.

Wednesday January 22 begins the three-month countdown - the 50th anniversary of Earth Day in 2020 will mark a pivotal year for our planet.

To mark 50 years of action for our planet, Earth Day Network, the global coordinator of Earth Day, will bring Earth Day back to its roots building an intergenerational movement demanding change.

The urgency has never been greater, and the stakes have never been higher.

Earth Day 1970 gave a voice to an emerging public consciousness about the state of our planet.

In the decades leading up to the first Earth Day, the environment was in a deplorable state: air pollution was impacting human health, oil spills were devastating our ocean and killing marine species, rivers were so polluted that they literally caught fire.

Earth Day 1970 would come to provide a voice to an emerging environmental consciousness, channeling the energy of the anti-war protest movement to put environmental concerns on the front page.

On April 22, 1970, 20 million Americans — 10% of the U.S. populations at the time — mobilized for action, taking to the streets, college campuses and auditoriums to protest the state of our planet and call for a new way forward.

By the end of 1970, the first Earth Day led to the creation of the United States Environmental Protection Agency and the passage of the Clean Air, Clean Waterand Endangered Species Acts.

To meet this moment, Earth Day Network is building the largest, most diverse global mobilization in history in defense of the environment. Our world needs a united response for bold action, says Kathleen Rogers, President of Earth Day Network. “Our campaigns are intended to activate at least a billion people worldwide to meet Earth Day’s 2020 theme of climate action’”, she adds. Campaigns include:

* EARTHRISE, an intergenerational global movement for climate action that will mobilize millions around the world on April 22, 2020

* The Great Global Cleanup, a worldwide campaign to remove billions of pieces of trash from neighborhoods, beaches, rivers, lakes, trails, and parks — reducing waste and plastic pollution, improving habitats, and preventing harm to wildlife and humans.

* Earth Challenge 2020, the largest-ever global citizen science initiative, which will arm everyday individuals with the tools they need to report on the health and wellbeing of the environment, from water quality, to air quality, to the species around them.

* Foodprints for the Future, a collaboration with individuals, communities, and partners across all sectors to address one of the largest contributors to climate change facing us today: our food system

* 8 Artists for the Earth, a global campaign bringing artists from around the world in every discipline, using the power of their art to express our common humanity.

* Global Teach-Ins, for Earth Day’s 50th anniversary, Earth Day Network returns to teach-ins, the original model of Earth Day 1970. We’re calling on people around the world to take part in the 2020 Global Teach-In, with the goal of reaching more than 500 million students and community members worldwide. Our resources will help you organize your own environmental teach-in in your local community: schools, libraries, houses of worship, community centers, or parks.

April 22, 2020 is as a key moment for citizens, institutions and organizations everywhere to demonstrate our shared demand for bold, transformative change.

As Earth Day marks 50 years, nature and the environment are faced with enormous challenges from loss of biodiversity, pollution, degradation of our ecosystems, and climate change.

In this new era of climate change and climate activism, Earth Day 2020 will serve as a catalyst for bringing communities to come together to address global and local environmental issues.

“The true value of Earth Day in 2020 will be demonstrated in the long-term global outcomes of new environmental policy, community resilience and a healthier future for our planet,” says Rogers.

The global coordinator of Earth Day, will reveal details of The Great Global Cleanup at the Clean World Conference taking place January 23 - 25 in Tallinn, Estonia and invite cleanup organizers from around the world to join together in solving problems of global waste.

Earthday.org President Kathleen Rogers will speak at the conference about the 50th anniversary of Earth Day and opportunities to come together to achieve tangible impacts on waste in our environment. The Great Global Cleanup in April 2020 is expected to be the largest volunteer event in history. The goal is to remove billions of pieces of trash from our green spaces, urban communities, and waterways. Improved health and positive growth can be achieved once people gain the expectation that their community will be clean.

Presenting partners of The Great Global Cleanup include World Cleanup Day, Let’s Do It World, National Cleanup Day and Keep America Beautiful. Thousands more partners are being encouraged to unite to create clean communities with a series of cleanup events from late March to early May 2020.

Partners attract volunteers to their cleanups via The Great Global Cleanup live map, an interactive place to register, search and find cleanups around the world, Thousands of cleanups already have been scheduled in the U.S. alone. Organizations and individuals are encouraged to join efforts to make this the largest global cleanup yet.

In addition, Earthday.org will present a workshop at the conference introducing the Earth Challenge 2020 Plastics app and welcoming users to contribute scientifically viable data on the extent of plastic and other types of local pollution to a global citizen database. The app will be available for free download in Apple and Android versions by February 15, 2020.

“Plastic and other types of pollution and waste challenge every community every day,” said Earth Day president Kathleen Rogers, “contaminating our oceans, clogging our drains, causing floods, spreading disease, transmitting respiratory infections and killing wildlife; and low-income communities suffer the worst impacts. On the 50th anniversary of Earth Day, we’re working to build a world in which every person can live in a clean healthy community.”

If you are interested in scheduling an interview or learning more about Earth Day Network or The Great Global Cleanup, please email zeck@earthday.org

Earth Day Network’s mission is to diversify, educate, and activate the environmental movement worldwide. Growing out of the first Earth Day (1970), Earth Day Network works with more than 100,000 partners in 190 countries to build environmental democracy. More than 1 billion people now participate in Earth Day activities each year, making it the largest civic observance in the world.