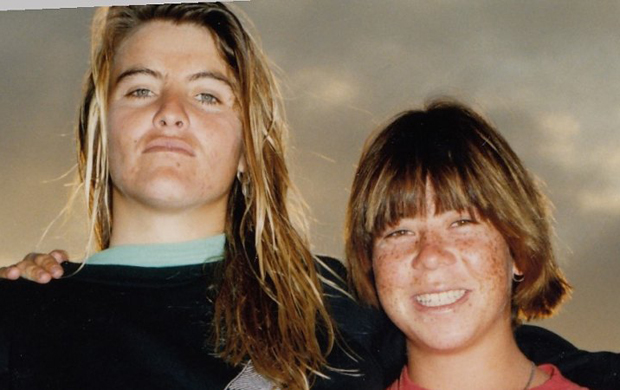 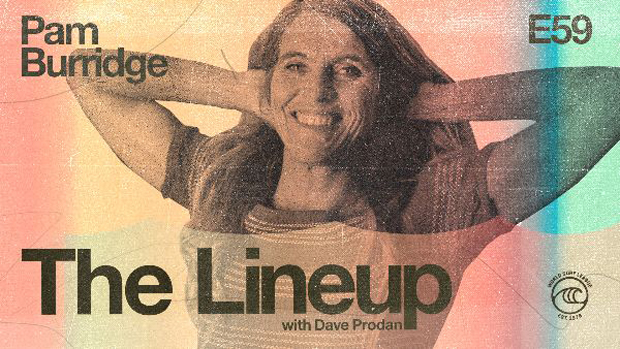 "We wouldn’t have picked it from where we were. Equal prizemoney! It's amazing!" - Young Pam Burridge in Girls Can't Surf. 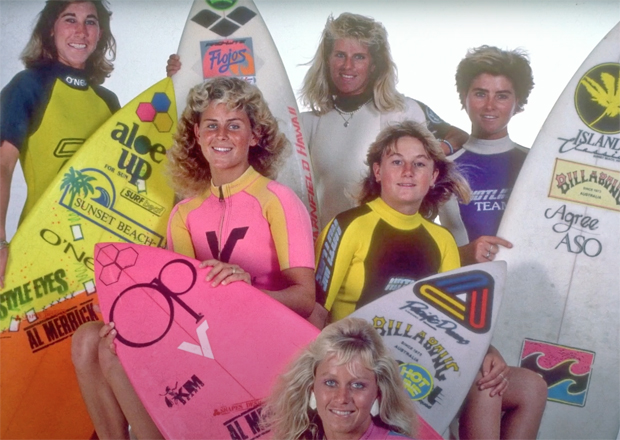 The Sydney Morning Herald’s view on the new doco “Girl’s Can’t Surf”: Former world champion Pam Burridge is delighted by how far women's surfing has come since her early years on the professional tour in the 1980s.

Burridge, who runs a surfing school at Mollymook on the NSW South Coast, was part of a generation of female surfers whose battles to become established on the professional circuit are chronicled in a lively new documentary, Christopher Nelius' Girls Can't Surf, which is having a world premiere in the Sydney Film Festival's summer season this month.

"We probably wouldn't have picked it from where we were," she says. "Last year excluded - they get equal prizemoney then there's a year-long lockdown where they're virtually not competing - but it's amazing."

It shows women professionals having so little money in those struggling early years that they would sometimes have to sleep in their board bags in contest tents, then compete when the waves were considered too poor for their male counterparts. They sometimes competed at the same time as organisers held a bikini competition on the beach. And their prizemoney was half what male surfers were getting.

"It was hectically hard and the culture was terrible but it was of its time and it needed changing," Burridge says. "We were fully willing to be in boots and all. But, looking back at some of the stuff, oh my god, it was really bad."

Burridge became a professional surfer at 16 - almost accidentally when she was invited to a pro contest in Hawaii after winning an amateur Australian title - in 1981. She won the world championship in 1990, carving a path for future Australian champions Pauline Menczer, seven-time winners Layne Beachley and Gilmore and two-time winner Wright.

"It was like growing up in a weird family, I guess," Burridge says of joining the tour.

"I was into trying to live from event to event and while it was working, I was going to pursue it. I really blocked out the unpleasantness ... I went 'they don't mean me when they say girls can't surf' ... "[I'd think] I'm not a girl, I'm not a boy, I'm just out here having a surf and carving my way and I'm going to be rich and famous one day. I think we all had that thing: 'yeah, it sucks now but it's going to get better'."

Girls Can't Surf shows the individual challenges that the trailblazers faced: for Menczer, it was dealing with crippling rheumatoid arthritis that almost stopped her surfing on the day she won the world title; Jodie Cooper was ostracised for being gay; and Burridge opens up about battling anorexia after criticism the tour would fail unless women surfers lost weight.

I"t was just part of ... my inability to feel comfortable," she says. "For sportswomen especially and women in general, unorthodox eating and disordered eating is just so common. I felt if I was going to talk, I might as well talk openly."

Nelius, a surfer and filmmaker from Bondi, heard about "the wild west nature" of the men's tour while making the 2012 documentary Storm Surfers 3D with Ross Clarke-Jones and Tom Carroll.

"I just thought 'how the hell did the women do it?'," he says. He also wondered whether the young women in the Bondi surf knew about trailblazers like Burridge and Wendy Botha.

The result is a film that is about surfing but not really a surfing film.

"It's more about these unlikely feminists that went in with stars in their eyes and dreams and realised they had to band together and fight a battle that they didn't anticipate," Nelius says.

Producer Michaela Perske, who took up surfing at 47 and joined the documentary after reconnecting with Nelius at the beach, remembers the struggles for women of her generation.

"I remember that time in the '80s when women were just fair game," she says. "I look back at it now and think 'god almighty', they really should have been a bit more mouthy then."

For Burridge, there has been another a positive change to surf culture.

"Nearly every time I go surfing now, there are more girls than guys in the water," she says. "It's super cool."

Girls Can't Surf screens at the State Theatre on January 17 then opens in cinemas on March 11.