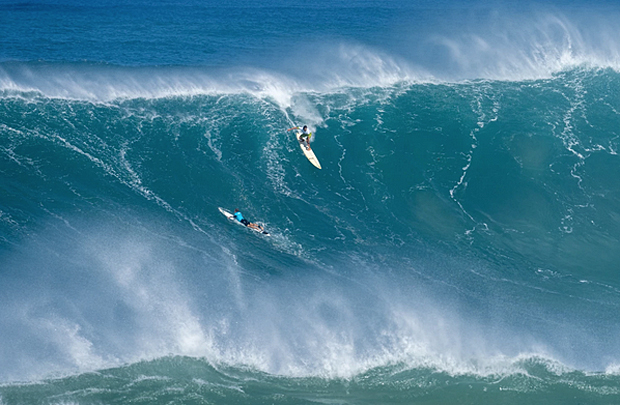 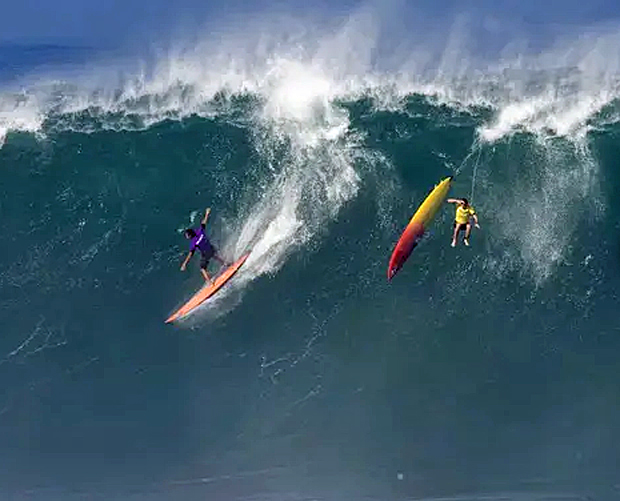 Multiple riders on each wave was the go and the action never stopped. 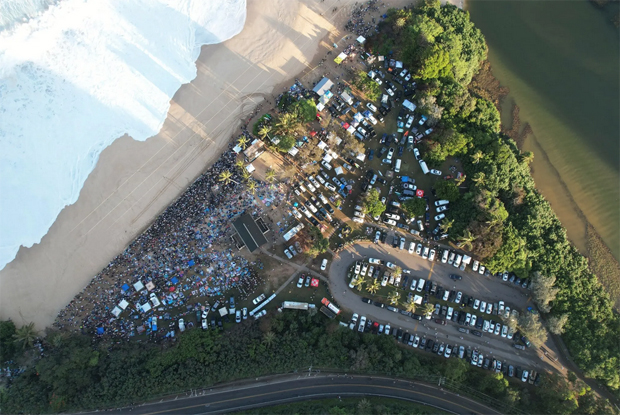 Crowds at Waimea were estimated at 40 to 50,000. Pic: Clark Little, via Associated Press 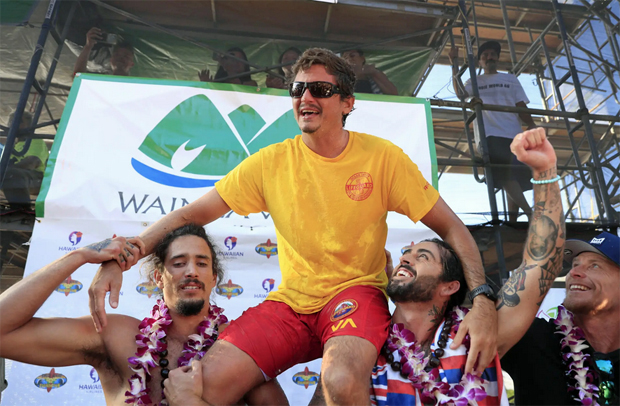 Did you catch the Surfline livestream? The Eddie ran for the first time since 2016, and with Waimea big and wild and wooly, it was an incredible event. For such a big swell it was really consistent and with so many waves ridden, whopping drops, and monster wipeouts, it was hard to take eyes off the screen throughout the entire day.

The Surfline broadcast was quite different to a slick WSL event and it was all a bit untidy in that there were no live scores posted so you never knew quite what-was-what - but I found that kinda refreshing in that it had the feel of a mega club comp and a bit of a blast from the past. A big blast.

No doubt the organisers and judges had a lot on their plate, and the commentators too - who got to be a bit much at times in that they hardly drew breath (even talking over the top of rides) and the comments stream was sure letting them know. Keeping up with all the comments was interesting too – geez there are some units out there.

Anyway, local low-key lifeguard Luke Shepardson took down all the sponsored big name surfers and grabbed himself 10 grand. John John Florence was second, from Mark Healy and Billy Kemper. And coincidentally it all went down on the 55th anniversary of Duke Kahanmoku’s death. - JB

HERE’S HOW IT WAS REPORTED TO THE NON-SURF CREW BY THE SYDNEY MORING HERALD:

One large wave swept a baby under a beachside home, the child thankfully uninjured, as the world’s best big-wave riders took on the elements.

And fittingly, local on-duty lifeguard Luke Shepardson, charged with keeping the masses safe amid the mayhem, emerged as the overall winner of the Eddie Aikau Big Wave Invitational.

North Shore native Shepardson reported for duty as a Honolulu City Council lifeguard on Sunday morning (Monday AEDT) and surfed the world’s most iconic big-wave event in between extended breaks allowed by his supervisor.

He couldn’t have done any more in the water, emulating Aikau’s big-wave prowess as Waimea Bay’s first lifeguard more than 50 years ago.

Shepardson’s score of 89.1 from a possible 90 points for three waves trumped 2016 winner and two-time world champion John John Florence and a 40-strong field of competitors.

But even after taking out the prestigious event, which has only been held 10 times in almost four decades because it requires 40-foot-plus (12.2 metres) conditions, Shepardson’s day wasn’t done.

“I told myself, ‘I’m in it because I can win it’,” Shepardson told Hawaii News Now after his historic win.

“It was super scary, the waves were huge and it was a dream come true just to be part of The Eddie, just to be on the alternate list.

“I can’t believe it, it’s f---ing crazy. I’ve got to get back to the tower to make sure everyone’s OK until the end of the day.”

Shepardson and his colleagues were kept busy, with lifeguards reporting at least 64 rescues throughout the day, including two adults and a baby who were swept off the beach early in the day.

The child was washed under the footings of a nearby home, but was quickly retrieved and given a clean bill of health by emergency medical services soon after.

Among a series of hair-raising rides by the likes of Shepardson, 56-year-old Australian legend Ross Clarke-Jones, local Billy Kemper and wave of the day winner Zeke Lau, there was history and havoc in equal measure.

Brazil’s Andrea Moller became the first woman to compete in the Eddie when she featured in the day’s first heat, leading the likes of Keala Kennelly, Justine Dupont, Emily Erickson, Makani Adric and Paige Alms as the first female contingent in the event.

Kennelly, one of Hawaii’s best big-wave surfers, took arguably the heaviest fall of the day, plunging several metres down the face of a 40-foot monster before emerging rattled but unharmed from the water.

Fittingly, Shepardson was on hand once more as Kennelly made her way up the beach to rapturous applause.

“I grew up with Andy and Bruce Irons, and we had amazing big-wave role models,” Kennelly said before surfing her heat.

“But our ultimate hero was Eddie. I remember being a little girl thinking, ‘I want to be a hero like that, but I probably can’t because I’m a woman’.

“So when I was invited ... it was one of the biggest honours of my life. To actually be here, paddle out there and be out there with five of my other surfing sisters, you’re watching history in the making.”