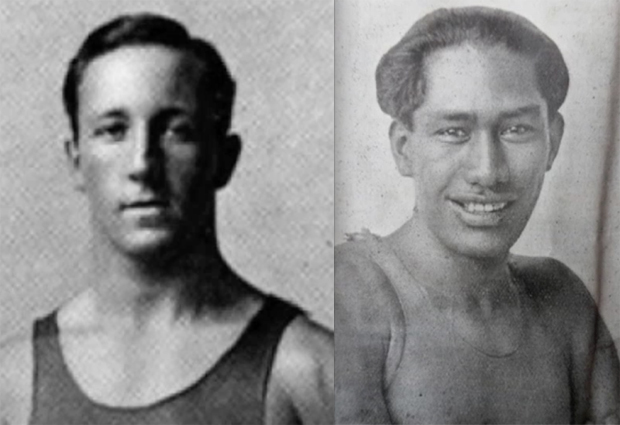 "Duke Kahanamoku came across, lifted up Cecil's arm and said, 'this is the true Olympic champion’." 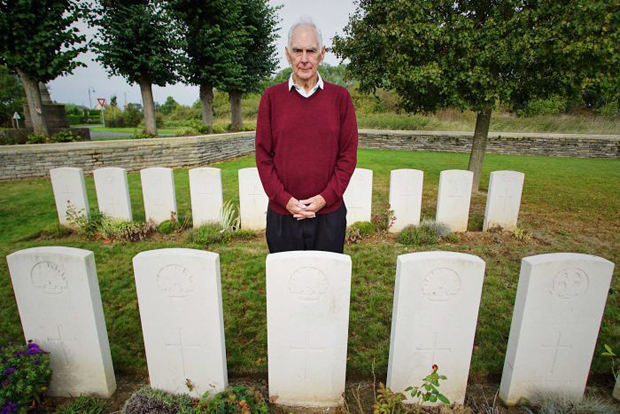 The Duke, the Stockholm Olympics, bringing surfing to Australia, death on the fields of France in WW1 – the extraordinary story of Cecil Healy

"He is someone that Australia should remember as an example of what young blokes can do when they go out and have a crack."

Healy's life reads like a boy's own adventure — Olympic gold medallist, helping to bring surfing to Australia, paying the ultimate sacrifice on the European battlefields of World War I.

Along with Olympic swimming great John Devitt, author Larry Writer is hoping to bring Healy's memory to life in a new book. "He was an extraordinary guy, I have come to believe he led one of the great Australian lives."

CECIL, DUKE AND THE OLYMPICS

Cecil Healy won gold in the 4x200-metre relay at the Stockholm Olympics in 1912.

But it was in the individual event that he showed his true character and, indirectly, would have a lasting impact on Australian culture.

"When they had the heats everything was fine," Devitt said. "By then Healy knew he wouldn't have won it, because the Duke was that much better."

"Then they went to the semis-finals and the Americans didn't turn up for the event.

"There's about 15 different versions of why — I just think they screwed it up and didn't get there in time."

The judges disqualified the Duke.

It was a decision that pleased many of the Duke's rivals, but not Healy.

"Cecil said, 'look, I don't think that's fair, I think he should be given a chance to race even though he's going to beat me'," Writer said.

On Healy's insistence, the Australian team lodged a protest on behalf of the Americans.

The Duke was allowed to swim and won gold. Healy took the silver medal.

After the presentation, Kahanamoku sought out Cecil.

"He came across lifted up Cecil's arm and said, 'this is the true Olympic champion'," Devitt said.

It was the beginning of a friendship between to two champions and would lead to one of the pivotal moments in Australia's sporting life.

In 1914 Healy invited the Duke to Sydney — and he brought his surfboard.

The Duke performed a number of surfing exhibitions over the summer of 1914-15, most famously at Freshwater beach in front of hundreds of spectators.

"People came from everywhere to see him, this bronzed god riding a surfboard," Writer said.

"It looked like somebody on a chariot it was that graceful and awesome.

"When he left, all of a sudden surfing was all over the beaches."

Australia had fallen in love with surfing.

Within months of the Duke's landmark visit, ANZAC soldiers were storming the beach at Gallipoli. Healy enlisted in the army soon after.

He started out as a quartermaster but felt he could contribute more.

"He felt like he couldn't continue doing such a safe, cushy job, so he applied to become an officer," Writer said.

As he completed his officer training in Britain, he wrote foreboding letters home to his mates:

“I am prepared for the worst, and am quite resigned to my fate.

“I cherish the hope that I will be able to sell my life dearly, and earn the respect of the men whom I command.

“If the unexpected happens, and I am spared to return, we must dispose of a drop of the cup that cheers together, old chap. Meantime – Yours, Cecil"

Healy never did make it back.

Just 74 days before the end of the war he was killed in a field near Peronne in France. He was leading his platoon, clearing out German machine gun posts when he was shot in the neck and chest.

On hearing of his death, Major Syd Middleton, a former Wallaby rugby union captain and who had been Healy's commander, wrote:

“By Healey’s death the world loses one of its greatest champions, one of its best men.

“Today, in the four years I have been at the front, I wept for the first time.”

Devitt and Writer have been in Europe retracing Healy's last steps as his battalion advanced to Mont St Quentin.

"What we've learnt since we came here is he was probably blindsided and shot from Ticker Copse," Writer said.

Devitt said: "Just to stand here, to look across the field and see where the vision of fire was... these guys were never going to make it.

"But they kept going."

At Healy's grave, Devitt poured out some sand from Manly beach, which he had carried with him in a jar, and mixed it with the cemetery soil.

"We decided we would bring a little bit of Manly," he said. "Now he's got a relationship between Manly and his grave."