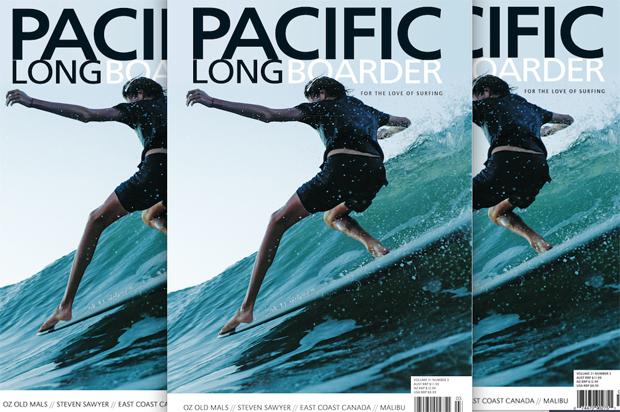 THE NEW ISSUE OF PLB - GOT A COPY?

Each issue we ask Mick the Mighty Proof Reader to give us his view of what's what, so here’s what he has to say about the newie – the 98th issue of PLB!

Subscriber copies have landed all over the world now. Newsagents across Australia have them, and they're in diaries and news outlets in NZ as of this week.

Another very clever, pithy heading from our always innovative editor highlighting that the new world champ is also an accomplished musician. One of our favourite writers Lucy Small gives us all the info on South Africa’s first world champ, who’s equally at home on a shortboard, cracking a wildcard for the J-Bay Open in 2016. Some great pics, including some classics from his mum!

No, not South Straddie Gold Coasters, this is really the other side, way over on the chilly east coast of Canada, 6000 ks from the west coast’s more recognised spots. Photojournalist Bryanna Bradley and her friend Hanna Scott ventured east across the continent from their hometown Tofino to explore and surf Nova Scotia for a couple of weeks. It wasn’t pumping, but they found some dreamy longboard waves and spent some quality time with the local crew.

THE HEART. THE SOUL, THE MALS

The National Old Mal titles have been running at Crescent Head (where else?) for 23 years now and are really in a sweet spot with logger-style boards everywhere and a growing appreciation of the genuine pre-1968 boards by a younger generation. Matt Chojnacki, logger par excellence, is the ideal scribe for this overview of the history of the event and its significance to the longboard community, topped off by a rundown on the latest event. Great photos from James Parry of the waves, the boards, the people, the vibe! Plus a few extra nice surf shots from Ian Johnson.

As photographer and local Grey Lockwood says, Malibu is everything that’s right and everything that’s wrong with surfing. Easy-ish waves, a massive crowd, and the menagerie on the shore can certainly create sensory overload. But if you can get a few waves, whether alone or with others, it can be tons of fun. Grey catches Avalon Gall, Mason Schremmer, Joel and Tosh Tudor, Devon Howard, Dane Perlee and various interesting others styling in the First Point madness.

OKA KAWAN – LIFE IN THE GU

Hot-shot 20-year-old Canggu local Oka rides a 9’6” log and according to photographer Jemma Scott “takes the classic ideal of traditional longboarding and turns it into more of a Cirque du Soleil performance”. Jemma also takes a look at the physical and cultural changes happening in the Canggu area that underpin Oka’s current lifestyle and outlook. Her photos really show off Oka’s exuberant style as well as capturing the local atmosphere.

Miki Henry is from North Avalon and is another highly talented longboarder emerging outside the contest scene.

The favourite part of the mag for many discriminating readers, with some particularly engrossing pieces this issue such as Jeff Bremer’s tribute to Judy Trim, Phil Morgan’s surf trip disaster story Foot Rot, a board volume measurer, artist Peter Lane, Philippines Single and Unattached with Andrew Carruthers, and more.

If you remember Captain Goodvibes you’re probably getting towards an age where you’re happy to remember pretty much anything. The GG attends an exhibition of the work of the Pig of Steel’s creator Tony Edwards and finds himself pondering the big issues, the meaning of life and death, time travel and most importantly the location of the open bar.

It’s down towards the back but don’t miss Camo’s re-review of 5 Summer Stories by Freeman and MacGillivray first screened in 1972. An entertaining read and worth the $11.99 on its own.