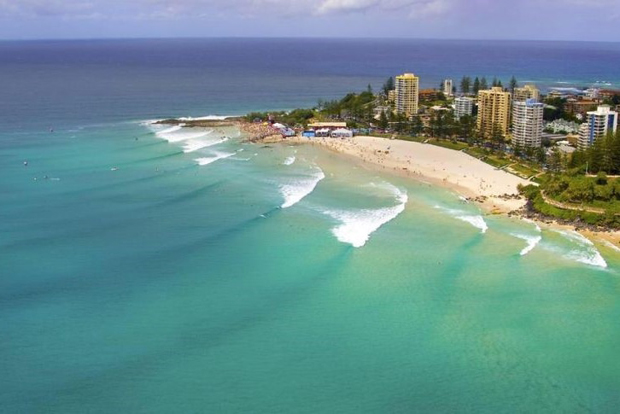 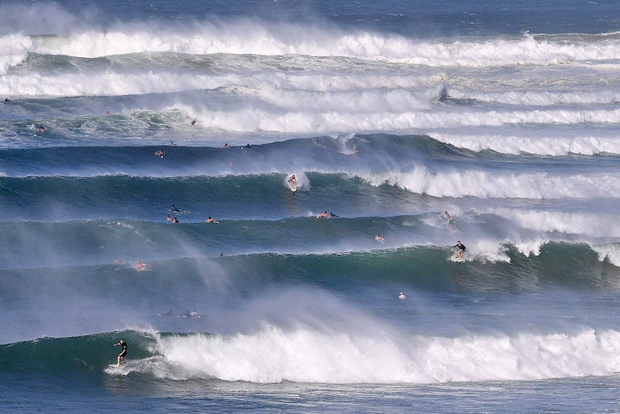 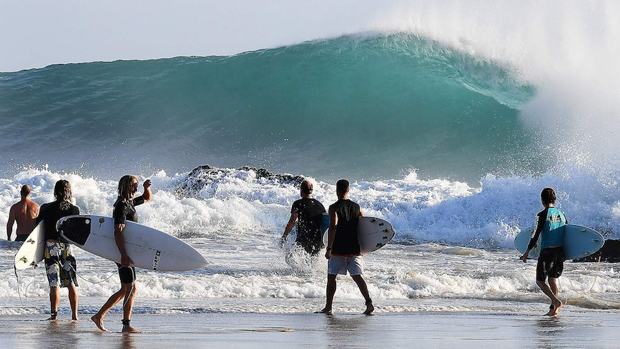 Parts of the Gold Coast are experiencing some of the fastest population growth in the country.

But the popularity of one of the city's top attractions appears to have skyrocketed.

Surfers have complained about crowded waves for years, but new figures from the City of Gold Coast give an insight into how busy some breaks have become.

The findings have been detailed in a five-year review of the council's surf management plan.

How much busier are Gold Coast surf breaks?

In some areas, crowds more than doubled in the five years up to 2021, according to the observations by the city's professional lifeguards.

The city's point breaks — which include Snapper Rocks, Kirra, Currumbin and Burleigh Heads — on average recorded between a 50 per cent and 130 per cent increase, according to the beach usage data.

In terms of individual stretches of sand, Palm Beach recorded the biggest boom in surfers with a 150 per cent increase in visits.

Boardriders paddling out at Miami doubled, with a 100 per cent increase.

And beaches at the Seaway, one of the Gold Coast's northern most breaks, recorded a 75 per cent increase.

The Gold Coast is home to roughly 52 kilometres of surf beaches. The council report does not detail the visitations to each beach in the city.

In explaining how it collected information on surfer visits, the council said it "collects usage data at all patrolled beaches through estimates of beach users undertaken by lifeguards".

"In addition to this, the city has other coastal monitoring systems that allow it to assess the condition and usage of its beaches," a spokesperson said in a statement.

Why is surfing so popular on the Gold Coast?

The report says the increased crowds are a result of local population growth, the city's tourism industry and global surfing trends.

Growth in different categories of surf craft like stand-up paddleboarding and hydro-foiling have also contributed to congestion.

And then there's surfing's ascent to the Olympics.

"Surfing's inclusion within the 2021 Tokyo Olympics showcased the sport to a global audience which will undoubtedly contribute to the ongoing growth of surfing's popularity within the Gold Coast region," the report says.

All these factors are putting pressure on the finite waves across the coast.

It is something the city is working to tackle.

"Responding to the challenges presented by issues of overcrowding and surf etiquette and safety customs will be critical to help ensure that everyone can have a safe and enjoyable beach experience," the report says.

What could be done to ease crowded breaks?

Surfrider Foundation spokesman Chris Butler says the creation of more surf breaks is a start, whether they are in the ocean or not.

He said the development of wave pool technology could be used to thin out crowds.

"[Building a wave pool] is often talked about through the community," he said.

"We have raised this issue. It's quite expensive.

"There are wave parks at Tullamarine (in Melbourne) and Yeppoon (in central Queensland); why not the Gold Coast? We have all these other attractions here.

"Let's have some inland surf."

The city completed the construction of an $18.2 million artificial reef at Palm Beach, which can produce quality waves under the right conditions.

"Council have attempted to address the issue in part, with the artificial reefs at Narrowneck (near Surfers Paradise) and Palm Beach in 2019, but they aren't specifically artificial surfing reefs, they are more designed to address erosion issues."

What about surf etiquette?

Educating new and visiting surfers about the etiquette in the surf is among the first objectives in the Gold Coast plan.

It is an issue at busy breaks across the country, including some of the most popular beaches in NSW.

Mayor of Waverley Paula Masselos — whose area takes beaches including Bondi, Bronte and Tamarama — said it could be difficult to manage for surfers and local governments alike.

"You actually have to actually be quite an experienced surfer to swim at Tamarama and Bronte, but that doesn't stop beginners and tourists in trying to deal with these waves," Ms Masselos said.

"So, it becomes quite a logistical issue trying to manage the varying levels of surfers in the water.

"It's quite difficult; there's quite a bit of self-management on the waves.

She said the council had installed signs outlining how surfers should conduct themselves in the water.

"There's also a surfer's code that we've put up on our website and on signs, and the surfer's code is for everyone," Ms Masselos said.

Similar signs are used at some locations on the Gold Coast. The council has also produced a series of cartoons explaining the rules in the water.

Mr Butler said it was important for surfers to know their limits but added some things are learned through experience.

"Etiquette comes with experience, and as a beginner you really don't know what you're doing," he said.

"[As a new surfer], you often find yourself in the wrong place, not because you did it on purpose, but because you ended up there for whatever reason.

"It's a tough one. There are unknown rules there that you only learn once you're in the water."

Mr Butler said he would like to see the council focus on two key points highlighted in the report.

"There are two key words in the surf management plan, and they are the 'preservation and enhancement' of surf amenity," he said.

"Those two words are key to presenting better options to surfers on the Gold Coast.

"We can protect it, that's one thing, but we also have to enhance it. We have to provide more."

He said surfers were increasingly jumping the state border to make incursions into NSW to surf neighbouring breaks.

"A lot of surfers go over the border and surf the back beaches [of the Tweed]," he said.

"The swell's always bigger coming from the south down there, particularly when the southerlies are blowing."

He said that surf management plan also did not have any legislative teeth when it came to conserving the coastline.

"What happens on the Gold Coast is every few years a cruise ship terminal comes up or a marina and we don't want that kind of unsuitable development affecting our surf amenity," he said.