The terrible scene at Shellys on Sunday.

Look At Me Now headland, view from the north. 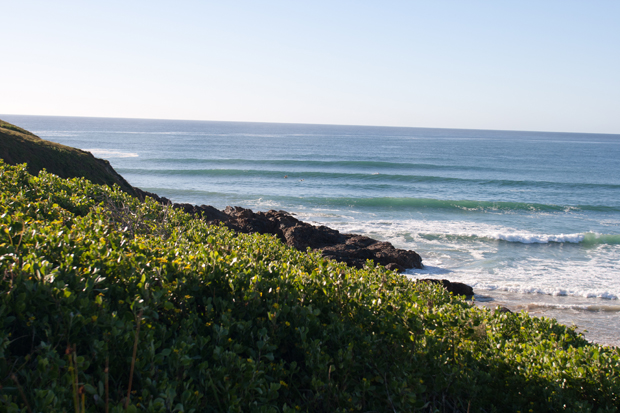 The line-up at Shellys. 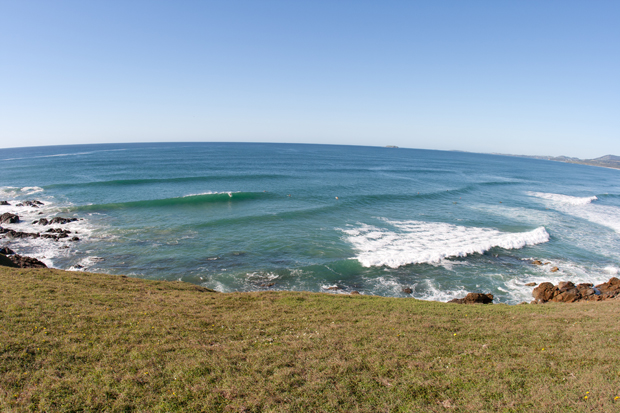 Surfer in his 20s dies after shark attack at Shellys

Latest update from 7 News as of Monday afternoon: A veteran paramedic has broken down describing the final moments of a man in his 20s who died in a tragic shark attack on the NSW north coast on Sunday.

The man was surfing at Shelly Beach, near Emerald Beach, when his arm was mauled by a great white shark 20km north of Coffs Harbour just before 11am on Sunday.

NSW Department of Primary Industries confirmed the shark was a great white after analysing photographs of the bite.

Fellow surfers helped the man to shore, where a makeshift tourniquet was placed on his arm to slow the blood flow of blood, and CPR was performed until emergency services arrived.

A critical care doctor was winched onto the beach from a Westpac helicopter and four ambulance crews also attended.

Chris Wilson, a paramedic with NSW Ambulance, broke down in tears while addressing media at the beach.

“Bystanders and paramedics were ... erm,” Mr Wilson said as he was overcome with emotion.

“Bystanders were rendering first aid and CPR as the paramedics arrived and took over the treatment.

“It was a devastating for everybody on the beach this morning; a number of local surfers and bystanders came to the aid of this man, they were incredibly brave in a very challenging situation.

“The patient suffered a critical injury to his arm, and despite the best efforts of bystanders, paramedics and other emergency services, the patient couldn’t be revived.”

Shelly Beach is located on the southern side of the Look At Me Now Headland at Emerald Beach.

“I was out in the surf and I heard screaming, I paddled further out to the water and saw a man without an arm, there was lots of blood,” one onlooker said.

“He was shouting “help me, help me”. People were trying to get him out to shore, it didn’t look good.

Later on Sunday, three beaches were closed by lifeguards.

“Emerald Beach, Shelly Beach and Serenity Bay will be closed to all water activity until further notice,” a post on the Coffs Harbour Lifeguards Facebook page read.

“Unfortunately, there has been a fatal shark attack in the area. Our sympathies go out to family and friends.

“Please don’t enter the water in the area bounded in the below photo. The Department of Primary Industries (DPI) are monitoring the situation.

“We will update this post should there be any further information or changes to the beach status.

“Do not enter the water between Bare Bluff and Moonee Beach.”

The beaches remained closed on Monday morning, with lifeguards expecting an update on reopening later in the day.

The NSW Department of Primary Industries (DPI) said drones and other resources had been deployed to Shelly Beach after scientists confirmed a great white had bitten the deceased man.

“(DPI) is deploying SMART drumlines at Shelly Beach, Coffs Harbour as part of the Shark Incident Response Plan following the death of a man from a shark bite,” a spokesperson from DPI said in a statement.

“NSW DPI extends sincere condolences to his family and friends.

“DPI is assisting NSW Police, Coffs Harbour City Council lifeguards and Surf Life Saving NSW to monitor the area and provide technical advice and resources as required. Drones have been deployed in the area.

“NSW DPI shark scientists have analysed photographs of the bite and determined a white shark is likely responsible for the bite.

It comes as the DPI tagged great white sharks at Port Macquarie, 150km south of the incident, and Ballina, 200km north of the attack, on Sunday.

A great white was also tagged at Main Beach at Forster on the NSW mid north coast on Sunday.