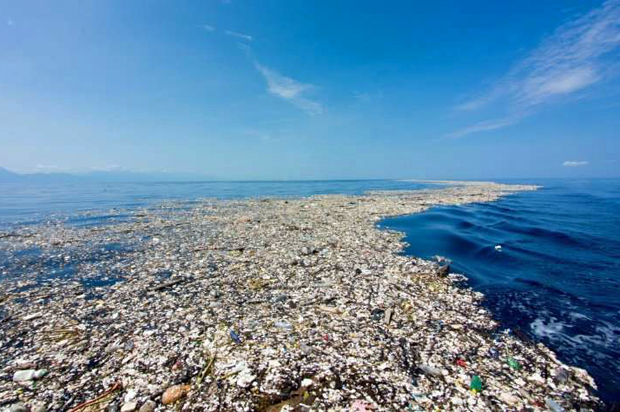 The Great Pacific Garbage Patch . . . twice the size of Texas and a stark reminder of humanity’s impact on our planet, and symbolising the extent of the plastic pollution epidemic.

Some actual good news on plastic!

Single-use plastic bag consumption in Australia has reduced by over 80% following a ban by two supermarkets giants last July, according to the National Retail Association (NRA).

A total of 1.5 billion plastic carry bags have been spared from landfills since Woolworths self-imposed a ban last June, followed by supermarket chain Coles in July.

The switch by Coles to reusable cloth bags occurred on the same day as a statewide ban in Queensland.

"Retailers deserve an enormous amount of kudos for leading the way on one of the most significant changes to consumer behavior in generations, and we also applaud shoppers for embracing this environmental initiative,” NRA Manager of Industry Policy David Stout said. “The bulk of shoppers now use their own bags, which has been instrumental in reducing the number of plastic bags being consumed.”

Stout told SBS News he is confident the major supermarkets will now work to implement environmentally friendly alternatives to other single-use-packaging products, like plastic-wrapped fruits and vegetables. The two supermarkets, Stout further stated, have paved the way for smaller businesses to introduce plastic bans without fear of alienating customers.

"These supermarkets are seen as the product stewards, so a lot of people will come back to them," he stated. "Obviously the best thing for smaller businesses is to either engineer out the bag completely or have the customer pay. They should be able to consider that strategy without fear of backlash."

Each year, Australia sends upwards of 690 kilograms (more than 1,520 pounds) of waste to landfills, according to Clean Up Australia. That figure equates to a staggering 429,000 bags each hour.

“Australians are the second highest producers of waste, per person, behind the United States,” Clean Up Australia reports. “The amount of waste placed in landfill each year in Australia is enough to cover the entire state of Victoria.”

Every Australian state and territory, excluding New South Wales, has taken action on the nation’s plastic addition by committing to phase out single-use plastic bags. Retail heavyweights Target and Kmart have similarly pledged to stop offering single-use bags this year.