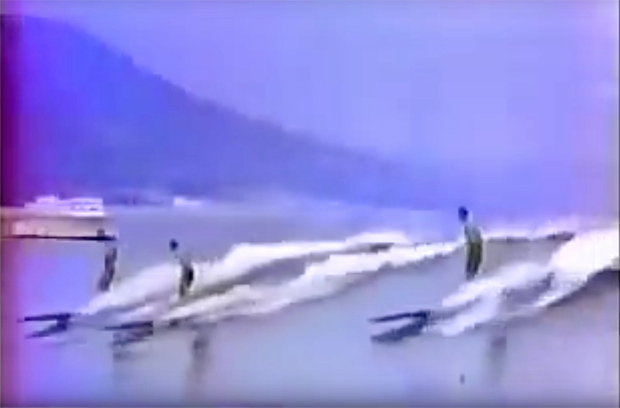 So you think you can trim? Check this bootleg out.

Is this a dream? Empty Malibu with bugger-all cars and even less surfers, San Onofre shot from the water way before the power station, overhead uncrowded Ventura and Rincon . . .

This bootleg of some rare surfing footage from California was shot in solid swell in 1947 – just two years after the end of WW11.

This is some truly beautiful no-fuss surfing on big, flat, fin-less timber surfboards – these guys are getting it done. And at high speed!

And they’re all knee paddlers.

The music is Wasting my Young Years by London Grammer. Doesn’t look like anyone is wasting their young years here though . . . fair guess some would be returning servicemen and servicewomen, and they’re all having a ball.

We have no idea of the source of the original footage, am guessing this is bootlegged from somewhere.

It goes for five minutes –  TAKE THE TRIP HERE