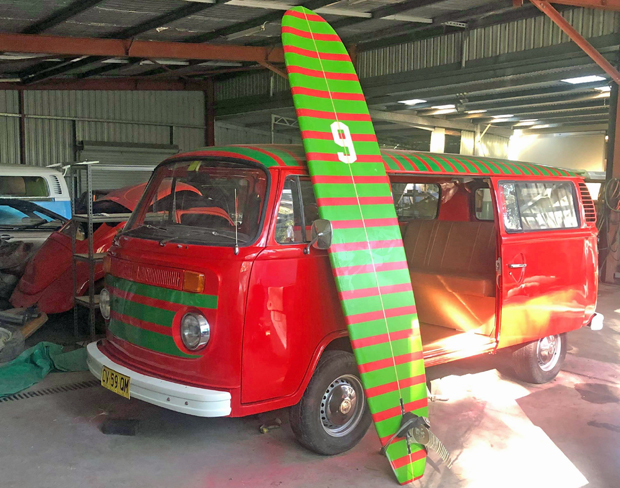 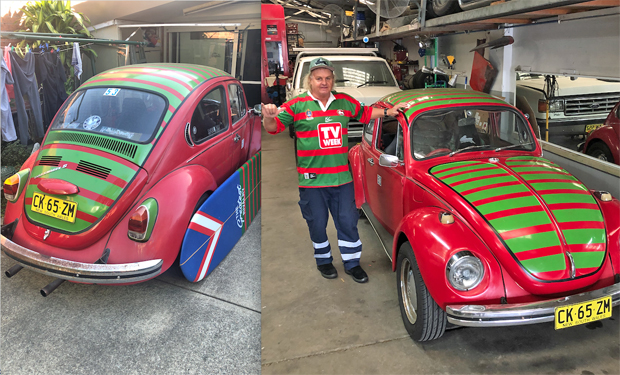 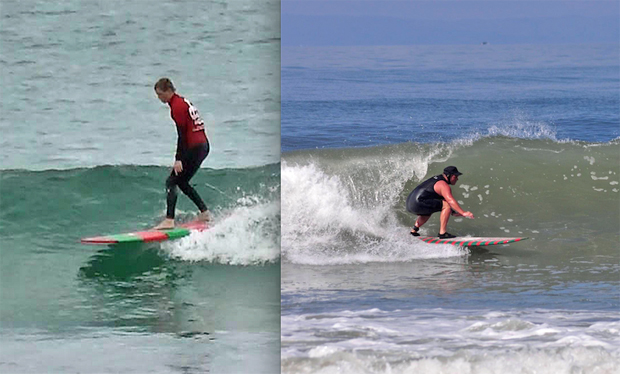 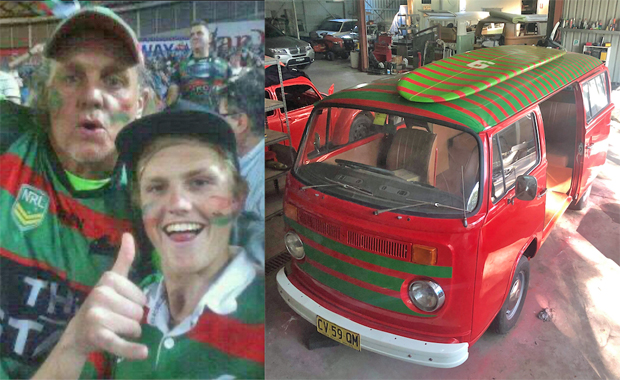 Meet Maroubra locals Darren “Jack” Corner and his son Corey: “We both love surfing and we both love The Bunnies!”

And while the South Sydney Rabbitohs rugby league team may not mean a whole lot to our overseas readers, and probably not a lot to most Victorian, South and West Australians either, we can all appreciate a good sports tragic! And while the Gladiator may think he’s the coolest and most dedicated Rabbitohs supporter, he can’t hold a candle to Jack and Corey.

24-year-old rap singer and carpenter Corey surfs for the Bondi Longboarders and according to his old man, “He’s always on nose, wins most heats, loves surfing Indo breaks on shortboards and long, loves music and the South Sydney Rabbitohs.”

His dad Jack meanwhile has been supporting The Bunnies since he was born (his aunty lives next door to Redfern Oval), and he rides a full quiver of Souths themed boards, and came second for the year in the Over 55 and Over 50s divisions at the Bondi Longboarders in 2019.

And they both love to work on The Kombi. Go the Bunnies!