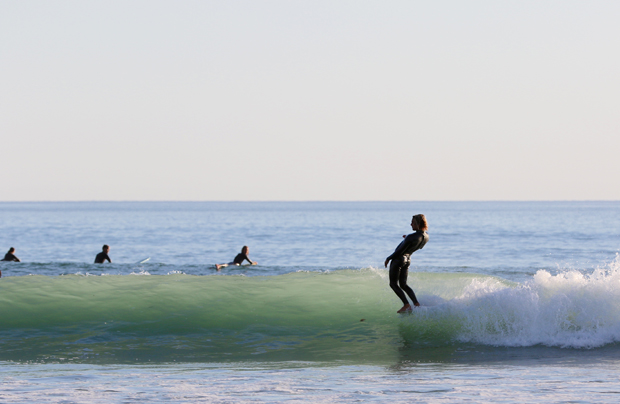 They’re dismantling the nuclear plant but it’s no easy job, and now 7000 gallons of jobbies have spilled into the mellow and much loved longboard line-ups of Sano. At least it was “non-radiological”. Here’s how it was reported in the San Diego Union-Tribune

A sudden influx of water at the sewage treatment facility at the San Onofre Nuclear Generating Station led to about 7,000 gallons of partially treated wastewater being released about a mile into the Pacific.

Officials at Southern California Edison, the plant’s operator, said the sewage amounted to a “non-radiological release” that entered the ocean through a conduit from Unit 2 at the facility, also known as SONGS. The plant has not produced electricity since 2012.

Toilets at the power plant work but were taken out of service and replaced by portable toilets equipped with sinks offering soap and water, an Edison spokesman said. Sinks are still functional for hand washing at the site.

Edison officials are trying to figure out what caused the spill and said the sewage system has been shut down. A hazardous materials spill report filed with the Governor’s Office Emergency Services said the released sewage is “unrecoverable.”

The surge of water “basically flooded the sewage treatment plant, it didn’t overflow but it flooded a different basin inside the plant and then pumps kicked on and continued to pump the water out to the ocean,” Ron Pontes, environmental decommissioning manager at SONGS, said at a virtual community meeting Thursday night.

“Now we’re investigating where did this large slug of water come from,” Pontes said. “Once we figure that out, we will restore the (sewage treatment) plant and make sure it’s operating properly and place it back in service.”

Local, state and federal agencies including the Nuclear Regulatory Commission, the San Diego Department of Environmental Health, the water board and California State Parks have been notified, plant officials said.

The spill is not related to periodic “liquid batch releases” that discharge treated wastewater 1.1 miles into the ocean that continue as part of the plant’s eight-year dismantlement operations, which began last month. Edison now gives the public a 48-hour notice in those cases.

Critics of Edison’s operations of the plant called the spill alarming, especially after the utility announced earlier this week it will continue in the wake of the coronavirus pandemic to transfer canisters filled with nuclear waste from wet storage pools to a newly constructed dry storage facility on the north end of SONGS.

“Can we really trust them to monitor COVID-19 infections when they can’t even keep the toilets working?” Charles Langley, executive director of Public Watchdogs, said in an email.

"We’ll continue to conduct our work by our core decommissioning principles of safety, stewardship and engagement throughout this process,” Edison spokesman John Dobken said in an email.

Edison has so far transferred 55 heavy canisters to the new dry storage facility. Eighteen more are scheduled to be moved by this summer.

In August 2018, a 50-ton canister filled with spent fuel was left suspended for about 45 minutes without required support on the inner-ring of a cavity enclosure at SONGS. The canister was eventually safely lowered but the incident — first reported with details by a worker — resulted in the NRC fining Edison $116,000 for failing to “establish a rigorous process to ensure adequate procedures, training and oversight guidance.”

After a delay of nearly a year, transfers resumed last summer after Edison and contractor Holtec International said they instituted a series of additional safety and oversight procedures.