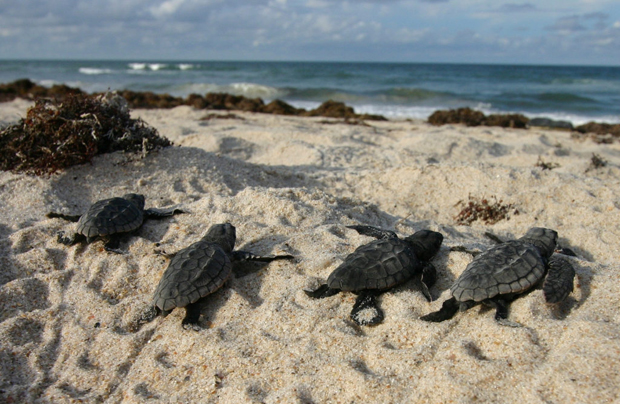 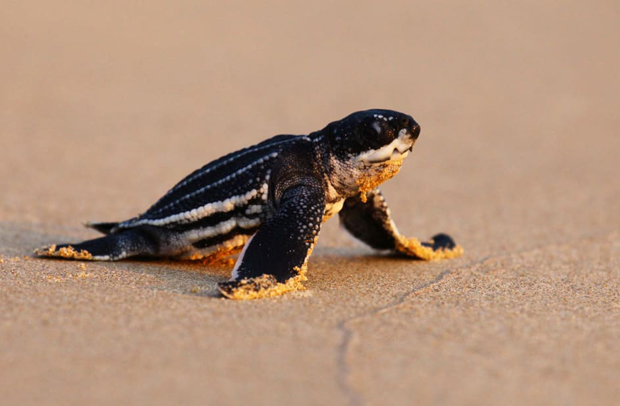 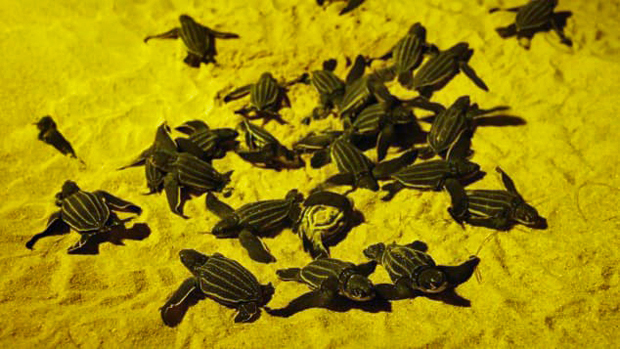 Hatchlings at Phuket in Thailand

Wildlife around the world is enjoying the lack of human activity due to coronavirus lockdowns, and sea turtles in Thailand are part of the trend.

Some Thai beaches have seen the largest number of turtle nests in two decades, according to Kanokwan​ Homcha-ai, a supervisor at the Mai​ Khao Marine Turtle​ Foundation.

Homcha-ai said that researchers have found 11 sea turtle nests on Phuket, and the highest number of nests in Thailand in 20 years.

Phuket is Thailand's most popular resort island, and a major tourist attraction has been on a strict lockdown due to the coronavirus outbreak.

"This may have positive impacts on the environment in marine conservation in the long term as well," Homcha-ai said. "Not just sea turtles, but other marine species such as dolphins and dugong that live in the region have also increased in numbers according to government survey, such as hermit crabs and other food sources for marine animals."

The developments are due to lockdown measures imposed by Thai authorities in March, said Homcha-ai, who believes there will be a long-lasting effect for the environment as a lack of human activity will give marine life time to regenerate.

Thailand has 2,792 confirmed coronavirus cases and 47 deaths as of Monday, according to figures from Johns Hopkins University.

Sea turtles are thriving on beaches in Florida, according to researchers. There is less plastic, people and vehicles on beaches and baby sea turtles appear to be less disoriented by artificial lights, said David Godfrey, executive director of the Sea Turtle Conservancy in Gainesville, Florida

"I think there is a strong likelihood that we will see decreased human-caused impacts on sea turtle nesting this year, which is a rare silver lining to this global pandemic," Godfrey said.

It takes about 60 days for sea turtle eggs to incubate and hatchlings to emerge.

Nesting season in Florida culminates in late October, when researchers will be able to measure its success.

"It just depends on the behavior of people after the closures end," Godfrey said. "And if there's an excessive amount (of people) on the beaches, then more people means more interaction with turtles, which can be negative if they don't follow the rules."

People should maintain a safe distance from turtles and refrain from using artificial lights, Godfrey said.