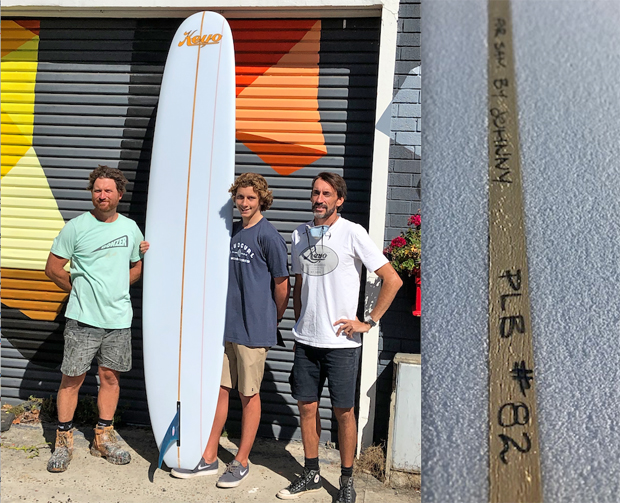 Sam in the centre, with Juan Twycross who owns Rhino Laminating in Brookvale (left) and Keyo honcho and shaper Johnny Gill. On the right is the personalised signature on the stringer. 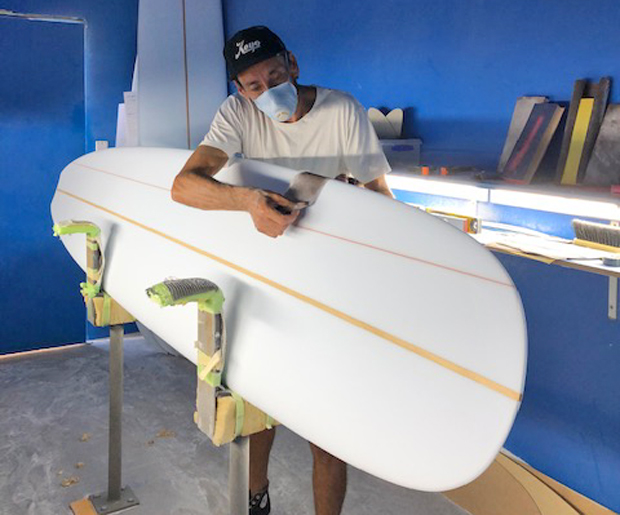 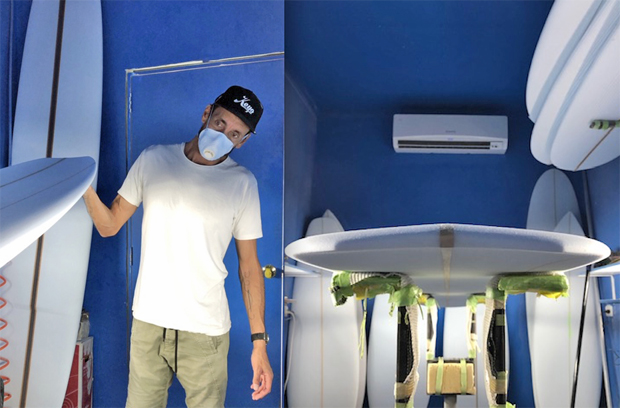 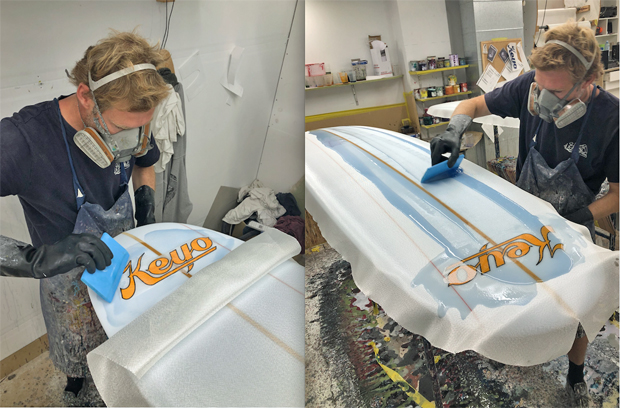 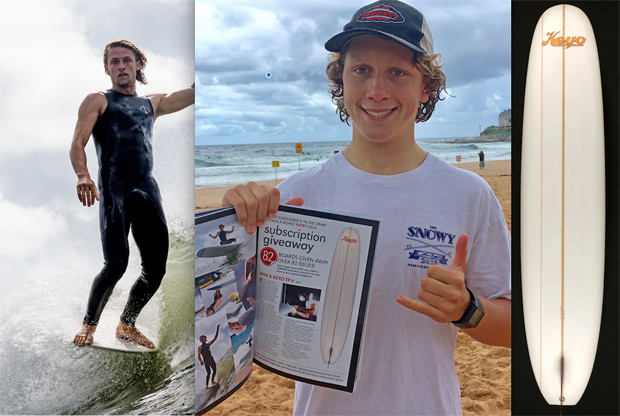 Sam gets his Keyo – our 82nd PLB magazine subscriber board winner!

And reckon he wasn’t ready to get it in the water. Said Keyo shaper Johnny Gill: “Young Sam has picked up his new board . . . and within hours I’d received a txt: ‘Thanks heaps, I love the Vee!’.”

Sam Le Geyt really is our 82nd subscriber to win a top-end longboard, simply from being a PLB reader – meaning we’ve given away a board every single issue of the magazine for something like 16 years.

We’ve just given away six pairs of super quality Barz sunglasses to six random overseas subscribers as some compensation though – more on that to come.

Sam is 18 by the way and has been a PLB subscriber since he was 15. His new Keyo is Tom Payne’s TPV model: “It’s a direct result of Tom’s obsession with the broad stance, aggressive Aussie surfing of the late sixties,” says Johnny. “It’s all rock and roll!  It can be banked hard in the pocket, changing direction, getting more involved.”

Sam is getting involved right now!

FOR A SHOT AT A BOARD EVERY ISSUE, CLICK HERE