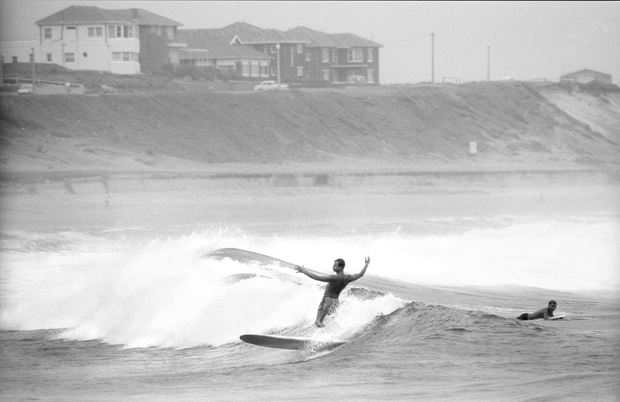 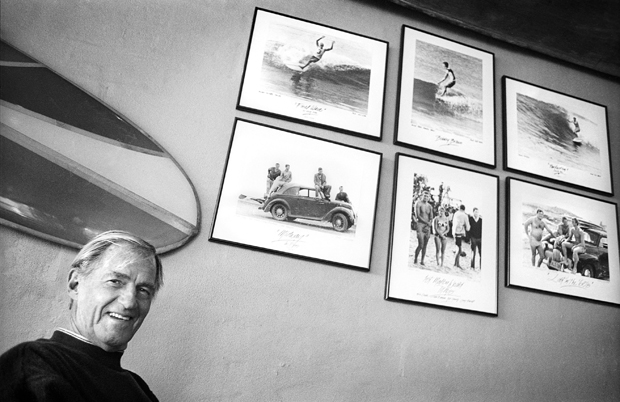 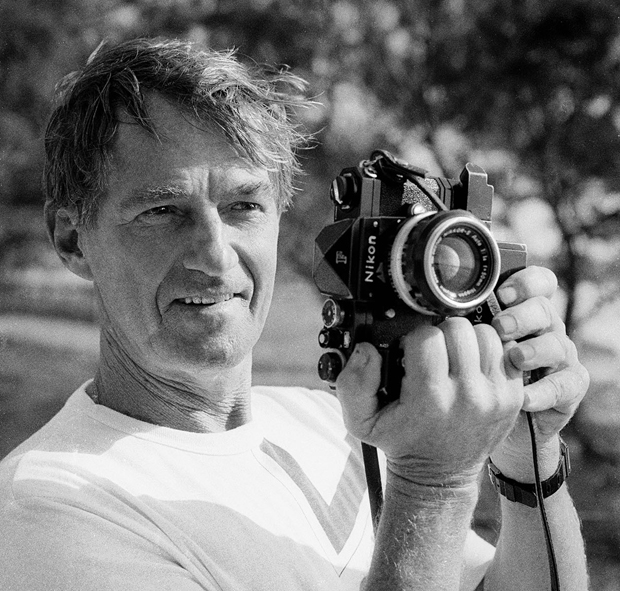 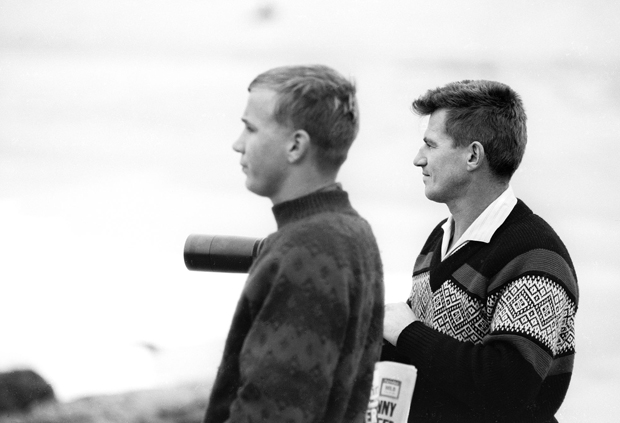 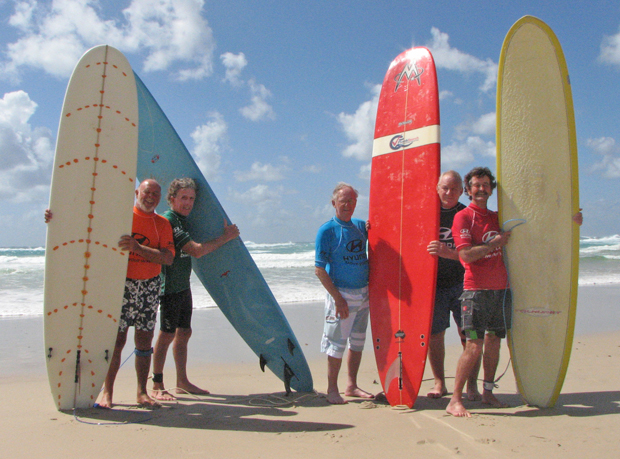 “His last heat at the Malfunction in 2006 at Kingscliffe, and I ran after them as I wanted this photo so badly.” The Over 65 surfers: Kerry Purden, Pat Morgan, Jack Eden (RIP), Owen Jones (RIP), Barry McGuigan (RIP). Photo and comment: Deb Tinker

Publisher of Australia’s pioneering surf mag Surfabout, a Surfing Hall of Fame honoree, renowned worldwide for his distinctly original and brilliantly shot photos of Australian surfing through the sixties, and an A-class surfer himself, Jack Eden left us a year ago today (29/9/19).

Copied below is our tribute to Jack published here on this day last year, and written by Jack’s godson and PLB director Tony Morris. Rest in Peace Jack, you diamond.

Vale Jack Eden, Australian photojournalist and publisher, who has passed away aged 88 from Parkinson's Disease.

Picking up his first camera in 1955, Jack's signature back-lit style with its "California feel" quickly evolved via his correspondence with Ansel Adams, the great American landscape photographer. Jack clicked his way through truckloads of film developing a catalogue of precision images that truly convey the uniqueness of a never-to-be-repeated period in Australia’s surfing life.

He established Surfabout Magazine which published 24 issues between 1962 and 1968. Its first print run of 10,000 flew off newsagents' shelves in a week, such was the appetite of surf-starved gremmies and weekend warriors who literally devoured the ink from its pages.

Outside of the surfing world Jack was in demand for his commercial and product images. For 30-plus years Eden Graphics serviced national brands such as Miles Furniture, O’Brien Glass and Pascol Paints. His work was consistently recognised by clients and peers alike for its originality and creativity.

Another career highlight was receiving the title of ‘Hasselblad Master’ in the 1980s for his coverage of the 18-foot skiffs racing series on Sydney Harbour.

In 1996, with assistance from Visions of Australia and the Western Australian Museum he launched his Surfabout Revisited Collection. The show featured over 100 of his favourite images capturing the essence of Australia's 60s youth culture and their carefree, hedonistic lifestyle of sun and surf. These blasts from the past sent a nostalgic shiver down many a spine. It toured for a decade attracting record crowds and a wide cross-section of visitors.

This collection is now held by the National Gallery in Canberra as a social commentary between 1959-1970.

An Australian Surfing Hall of Fame Honour Roll recipient, Jack was immensely proud of his inclusion into this select group and the recognition of his role as "the photographic biographer" of Australia's 60s surfing era.

In 2000 he also received the Australian Sports Medal from Queen Elizabeth II for his significant contribution to the sport of surfing.

Stepping out from behind his lens, Jack was an avid boardrider and eternal grommet. His love of and passion for chasing waves and competing grew ever more intense with age. Always at his beloved Cronulla, it often seemed he was the first one in and the last one out. He was a member of the Southside Malibu Club (Cronulla), and regularly competed at the annual festivals on the Gold Coast and Noosa.

Vale Jack, we treasure the way you looked life in the eye. You will be missed. You will always be remembered.

Jack is survived by Dawn his wife of six decades, their four children - John, Michelle, Danielle and Adam - plus a growing lineup of grandchildren and great grandchildren.

The family would like to thank all the nurses who met and cared for Jack since the onset of his Parkinson’s. Their over-and-above care for him will never be forgotten.

Parkinson’s Disease is a degenerative condition of the central nervous system. Its exact cause is unknown and unfortunately there is currently no cure. Parkinson’s Awareness Week is in April each year, and 11 April is now World Parkinson’s Day.