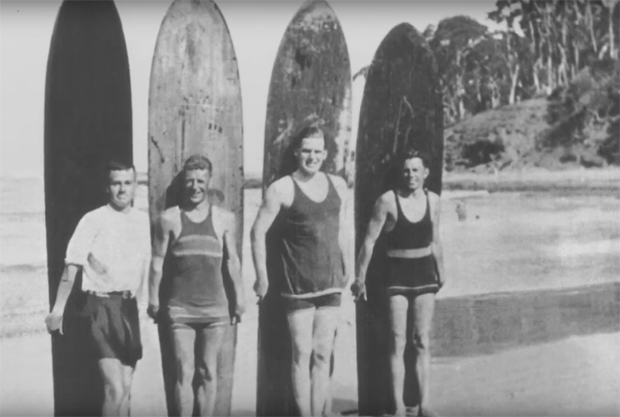 All four of these boards still exist.

From Craig Baird at the Australian National Surfing Museum: “This is footage from Lorne in the early 1920s showing the earliest surfing in Victoria. Wealthy Geelong sports enthusiast Louis Whyte travelled to Hawaii in 1919, spent six months learning to surf at Waikiki and bought four surfboards from Duke Kahanamoku before returning home to surf at Lorne and Anglesea.

“The footage was recorded by Frank Beaurepaire (who would go on to become Lord Mayor of Melbourne) a world- class swimmer and good mate of Duke’s.

“We will be following this up with a video about creating and surfing a 9’ replica of one of the Hawaiian boards - and the story of the four boards and their history (all four still exist!)".