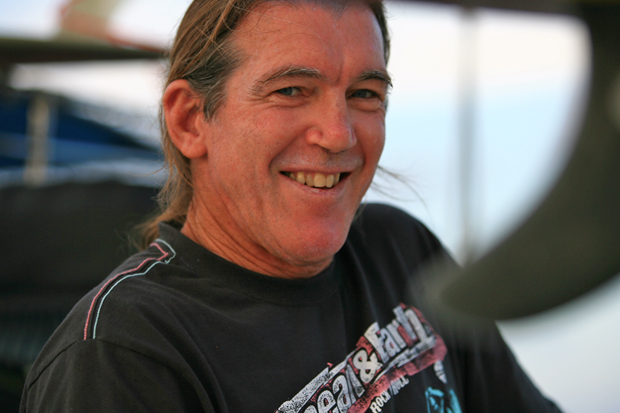 Wayne in the Telos from a PLB trip some 10 years ago, Everyone on the boat (including a couple of world longboard champions a generation younger) was in awe of his surfing – big waves and tiny, longboards and short. Photos: swilly.com.au @swillpics 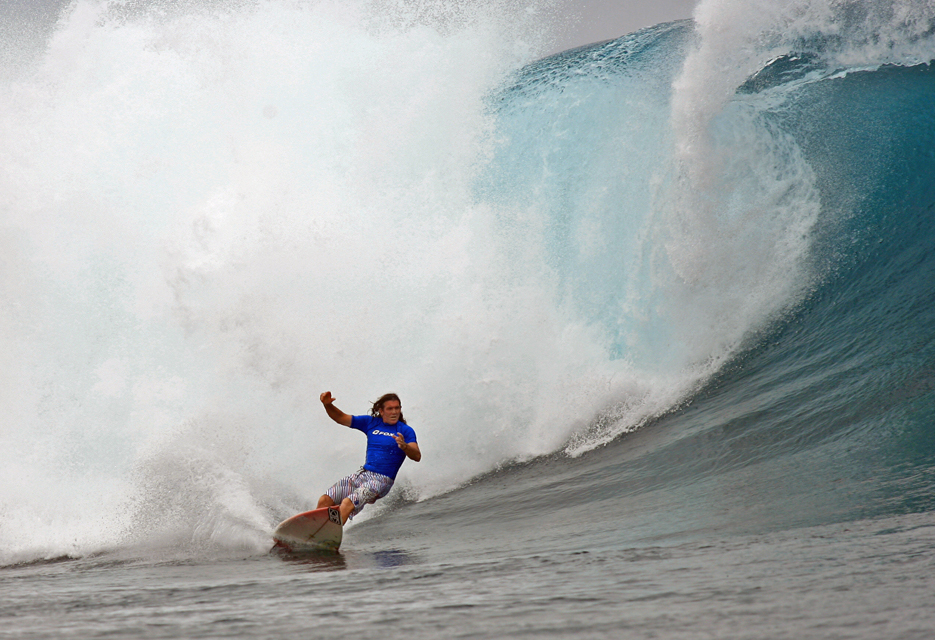 Tribute from Andrew McKinnon: Wayne started surfing in 1960 with his older brother Robye Deane, their Dad John taught them how to surf at Rainbow Bay.

Deaney was an extraordinaire waterman and a true surfing legend, perhaps Coolangatta's greatest ever waterman.

He represented Queensland in numerous National Titles from 1966 and won 10 National Longboard titles in a row during the 90s, a record that's never been broken. He also won a swag of national shortboard titles across age divisions

He won a World Longboard title in 1990. It’s something that I have shared with Deaney, that we are the only two Australian World ISA Longboard champions to this day, mine in 1988 and Wayne’s in 1990.

Deaney could surf all types of waves from small to big, was a standout at Snapper Rocks where he‘d been President of his beloved Snapper Rocks Surfriders Club and one of the best tuberiders at Kirra Point.

He was a fearless charger surfing Cyclonic swells on the Tweed Bar and Snapper outer banks where one time he lost his board and had to swim to North Kirra from Snapper Rocks outside the shark nets to get his board back.

I have one special memory of Wayne Deane during the Billabong Pro 1998 when he was the designated water security guy. Deaney was sitting in the line-up at Snapper Rocks when Kelly Slater hit the line-up but his Brazilian opponent Peterson Rosa had miscued the timing of the heat and left Kelly in the water by himself.

Kelly suggested that he and Wayne have an unofficial man on man heat together. They swapped boards with Deaney surfing Kelly’s shortboard and Kelly surfing Wayne’s longboard. Deaney caught the first wave and was ripping on Slater's shortboard but Kelly wasn't used to riding a longboard and struggled on what was a way oversized board than he was used to.

Deaney literally stole the show with the locals at Snapper Rocks cheering him on!

And then "The Animal" turned up late flustered while Kelly got back on his shortboard winning the heat, won the event, and the World Title his 6th before retiring momentarily.

Wayne was a reserved guy incredibly intelligent, gifted man, master builder, made some of the best surfboards and was so respected.

A proud yet humble family man, he was Coolangatta surfing royalty (the Hawaiians loved Wayne and he ripped in Hawaii) Wayne had dedicated his whole life to surfing. He'd joined the campaign to save Kirra as the President of Kirra Point Inc., his intimate knowledge of surfing and the sea was second to none. Wayne passed away peacefully early Friday morning 27th July. He was a 66.

Wayne is now a Surfing God, God Bless you ol mate. My deepest condolences and commiserations to his wife Colleen and all the family members and his worldwide friends.

MP may have been King of Kirra but WD was the King of Coolangatta.

RIP Champion you're the Best,