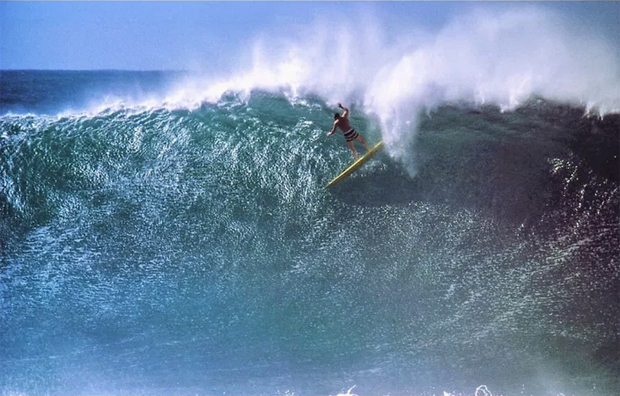 Always in the jailhouse boardshorts, and always furtherest inside – here taking the drop at Waimea in 1963. Movie frame from Bruce Brown 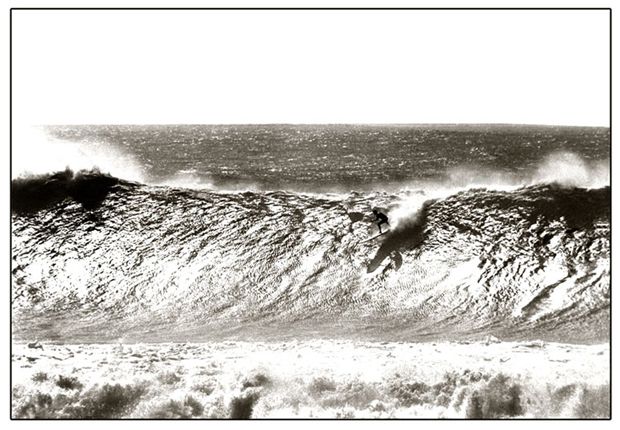 1969 Makaha on the last he ever rode, with Greg figuring he’d peaked. Albe Falzon shot this as young Shaun Tomson watched on, who told PLB: “As he paddled in the Bowl was already breaking . . . no hope! It was a beast, that’s for sure!” 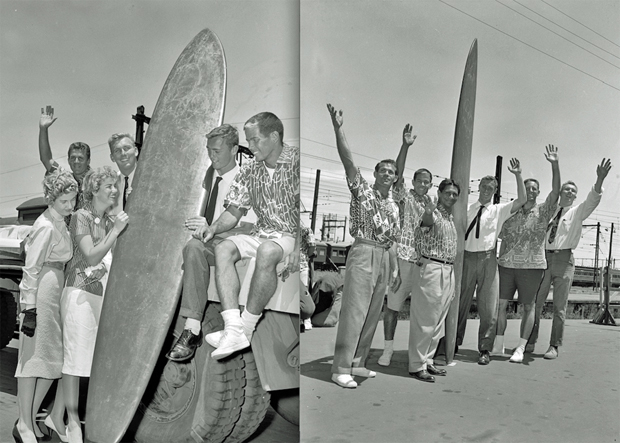 First shots of a revolution - the American/Hawaiian lifeguards who toured Oz to coincide with the 1956 Melbourne Olympics. Noll in the white shirt and tie: “We hit the Australians like a comet. Took ‘em from horse and buggy straight to the Porshe." 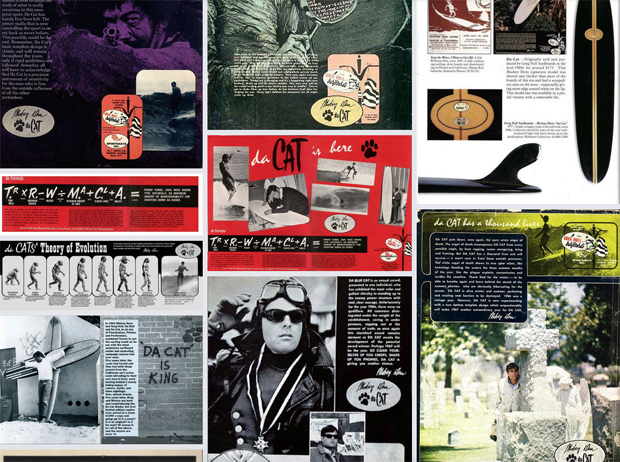 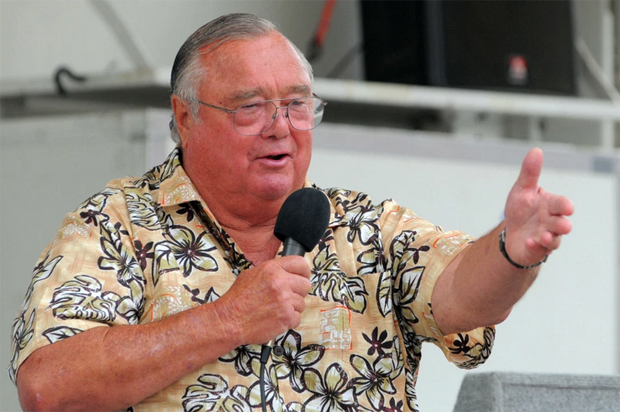 He may not have ridden a wave since 1969 but Greg Noll remained a towering figure in surfing and it’s history. Blunt, friendly, gregarious, “Da Bull” was perhaps best known as the ballsiest of the early big wave riders, but he was also a versatile and hugely successful entrepreneur. Noll ran a thriving surfboard label through the ’60s, shaped and designed the Da Cat model for Miki Dora (and cooked up their outrageous advertising campaigns), shot surf movies, starred in every North Shore section of Bud Browne and Bruce Brown’s early films, and in later years ran a clothing label with son Jed, skippered a commercial fishing boat, and continued to shape collector-edition surfboards.

Perhaps less well known was that Noll was a fine longboard stylist and hotdogger throughout the ’50s and early ’60s, and was among the very best of the US lifeguards who toured Down Under in 1956 - who so shook up Australia’s beach culture with their revolutionary “Malibu surfing” at Sydney and Victorian beaches.

It is with a heavy heart the Noll family announces the death of our patriarch, Greg Noll. Greg died of natural causes on Monday June 28th, at the age of 84. We invite all of our friends and family to celebrate his life by sharing this post and your stories, pictures and experiences through your preferred platform. - Aloha, The Noll Family

The last word to Matt Warshaw from the Encyclopedia of Surfing:

“Boorish but charismatic … A loveable blowhard, hustler, raconteur, and bullshitter. But not an outright fabricator. His big-wave cred, furthermore, extends from here to Valhalla. He led the opening charge at Waimea in 1957, and for the next 12 years rode anything that came his way, fearlessly. ‘I was overwhelmed by a feeling that there wasn’t a wave that God could produce that I couldn’t ride,’ he said. ‘It was sort of a blind, stupid feeling, but I had all the goddamn confidence of a rhinoceros.’ ”