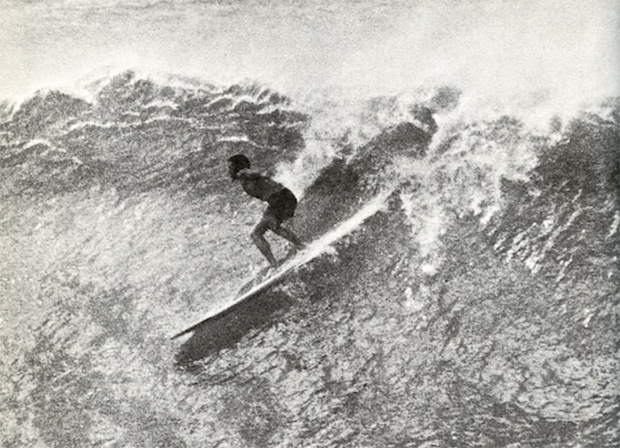 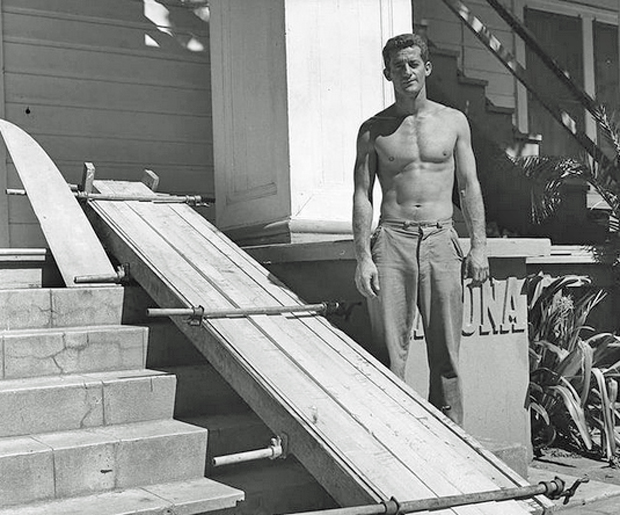 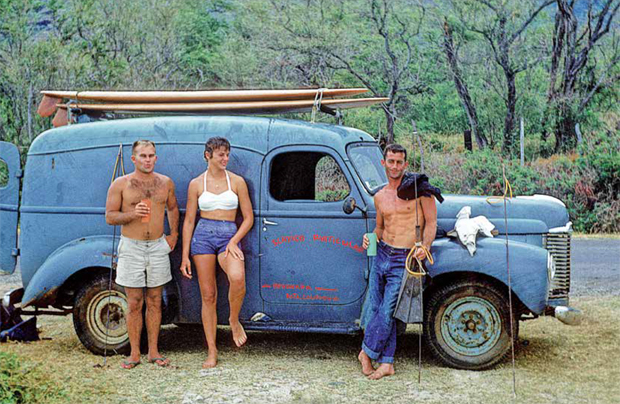 Late 1950s. Pat Curren (right) with John Ewell and Vicky Heldrich on the West Side of Oahu, drinks and lobsters for breakfast. (below) Shaping a seven stringer gun in 2006. From the 12-page “Photo Keck” article in PLB seven years ago (Vol 21#1). 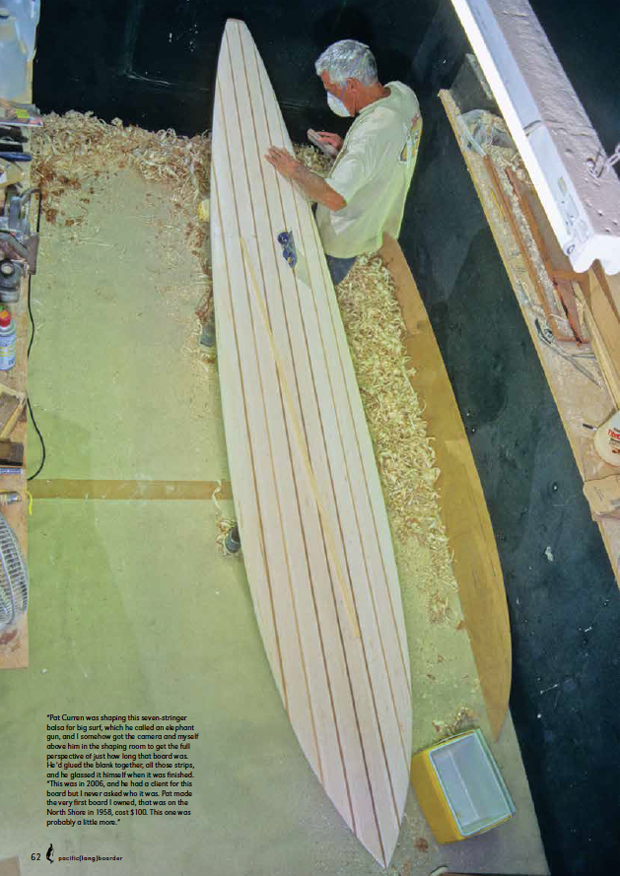 Quirky, mystique-laden, the coolest of the cool – Pat Curren gone at 90

A pioneering shaper and thinker and a fine craftsman, Pat Curren was regarded as the best big wave surfer of the late 1950s and early ’60s. He was a man of few words, but was renowned for a wicked sense of humour among those who knew him. The father of Tom and Joe, he was apparently living in a trailer park with his wife Mary in recent years and on the bones of his arse – even though his perfectly crafted elephant guns from the ’60s are among the most sought after boards among collectors worldwide. But material possessions never seemed to be Curren’s thing.

“Pat Curren was the slouching near-mute apotheosis of surf-cool: draining an afternoon beer, flicking a cigarette butt to the side, then taking down Malibu golden boy Tommy Zahn in a paddle race; then flying to Hawaii one season with no luggage save a ten-pound sack of flour for making tortillas.”  Matt Warshaw in the Encyclopedia of Surfing.

THE FOLLOWING TRIBUTE IS FROM ADVENTURE JOURNAL IN THE US:

Pat Curren is dead at 90 years old. I’m not sure there was a more mystique-drenched surfer in the world. Or a more impenetrable one. Most of us, even those with a serious nose for surf history know just the Cliff’s Notes version. A Mission Beach, San Diego, kid, he was there on the day in 1957 when Oahu’s Waimea Bay was first surfed.

Started shaping surfboards and discovered he was Michelangelo with a planer. Within a few years, Curren was the world’s best big wave surfboard builder. “Pat was the first guy to produce the ultimate gun,” big wave surfing legend Fred Van Dyke said. “Others were making nice all-around boards, but Pat made the stiletto, specifically for Waimea, where all you want to do is make it alive from Point A to B.”

In the early ’60s Curren spent a few years as a mainstay in huge Hawaiian surf. Then, in 1964, the thing he’s probably most famous for: He fathered Tom Curren. Every surfer between the age of 55 and 30’s favorite surfer. Tom is, without question, the coolest surfer in history. Quiet, demure, a Buddha with a shortboard, though one with an oddly dark streak. He’s the embodiment of the kind of embattled, tortured genius that just draws hearts. He was also a chip off the old block.

Pat was the template. Surfing was everything, yet it wasn’t enough. Two photos of Pat Curren come to mind first. One is him dropping down the face of a late ’50s monster at Waimea, wide-legged, back straight, arms like an Egyptian heiroglyph. Absolute complete and total commitment to riding a radical wave as fast as possible. Nothing else mattered. The other is of him shirtless, face down in the dirt, sleeping next to a car, empty bottle of liquor in his back pocket.

Hawaii in the 1950s was the kind of place a young surfer could exist living on a 50-pound bag of rice and a case of ketchup, sleeping 8 to a hut, surfing all winter with no responsibilities to anything but their own urges. There was an innocence then, rooted in the immense wave of relief that settled over the world in a postwar euphoria, that’s been all but vaporized by our culture today. Pat Curren was one of that period’s demigods. Sometimes it seemed that’s all we needed to know about him.

His legend grew over the decades as the sport became more tainted with commercialism, became more jock-ish, more reined in. Pat Curren lived and thrived and shone in surfing’s absolute most golden of golden years, a period of discovery and uncrowded waves and surfing still a relatively tiny, unique subculture, and for that, he’ll always be a mythic figure. He either never gave a shit about that, or never knew how to live outside the moment. Curren was never, ever one to try to cash in on what could have been a serious gold mine of “weren’t those the days” nostalgia.

His later years are mostly a blur. We know he had Tom, then a decade later, his second child, Joe Curren, also a phenomenally talented surfer was born. He lived in Costa Rica, then Baja, maybe building boats, shaping surfboards for those in the know, and largely avoiding any kind of outside scrutiny. In recent years, he’d been known to be living in Southern California, but still remained almost totally absent from surf media’s prying eyes. Certainly the way he wanted it.

Nevertheless, he goes down as one of the absolute greats. There were shapers who made better boards, and surfers who rode bigger waves, but like Tom Blake before him, Pat Curren showed us all what it truly meant to put surfing first, showed us what that made possible, and what it cost. For that, he was a hero.