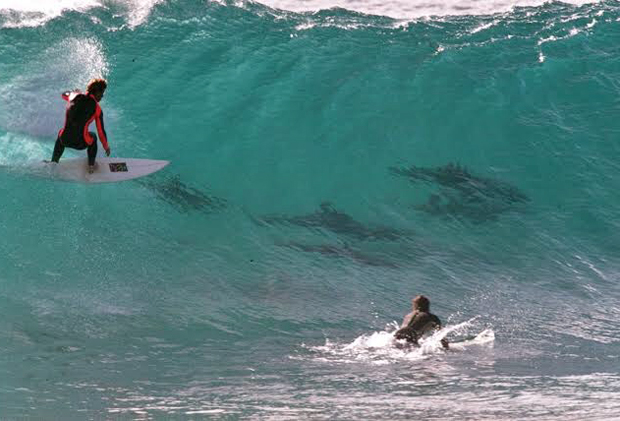 Award winning filmmaker Jack McCoy invites you to enjoy an evening of  stoke with his stories as a director, cinematographer, photographer and  producer at a one night only event in Newcastle.

In a two hour audio visual ‘talk story’ Jack will take you behind the  scenes on the making of his life’s work of 25 iconic films featuring Occy, some Bunyips, an Iguana and plenty of Tales From The Tube.

The show will see Jack joined on stage by Aussie surfing legend Mark Occhilupo. Their working relationship is one of legend.

The Hawaiian-born film maker is world renowned for 25 iconic and  award-winning surfing films that have entertained fans with beautiful images, exotic locations and cutting-edge performance surfing.

He’s tracked surfing as an art form over more than 40 years, documenting the greatest surfers in history such as Gerry Lopez, Tom Carroll, Andy Irons and Kelly Slater.

Jack's interactive ‘talk-story’ events have held audience’s captive around the world, with a mix of story-telling, film clips (some never before seen by the public) and photographs from his illustrious career.

Following on from two sold out shows for Vivid Sydney at the MCA, and full houses in Noosa, Gold Coast, Byron and Coffs - Jack will be visiting Newcastle for the final leg of the tour.

Press coverage for the tour has been sensational. Here's what media are saying right now:

"This is an event that will have your feet banging on the linoleum." Derek Rielly, Beach Grit.

"Jack is the definition of a living legend in surfing culture and history, and these one-off nights will surely be a special experience we can’t recommend enough." Coastalwatch.

Award winning filmmaker, Jack McCoy, invites you to enjoy the stoke with his stories and clips, unveils rare and unseen footage and shares untold tales from the tube with his special guest boundary breakers.

This is a once in a lifetime event opportunity, that won't come around again. It is unlike any other surf experience on offer. A mix of killer content on the screen, together with firsthand, unscripted tales of adventure by the legends of surfing who made the films that blew the roof off surf cinemas and loungerooms around the globe – and set the scene for others to follow.

McCoy's interactive 'talk story' events captivate audiences around the world. Don't miss the one in your hometown.

For more detail and tickets go to www.jackmccoy.com/talk-story