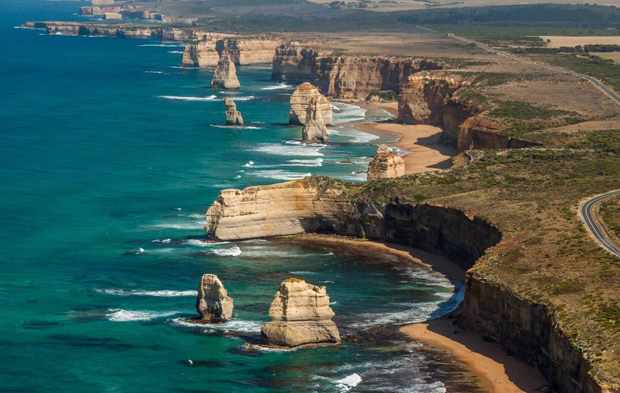 Maps released of areas start south of the town of Port Campbell and stretch east along the coastline made famous by the Great Ocean Road and the 12 Apostles. 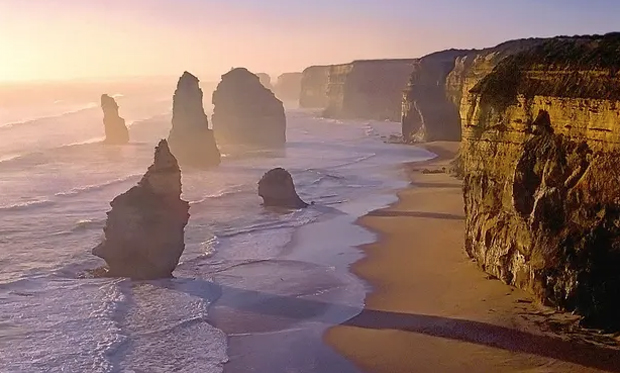 “The carving up of the oceans to hand them to the fossil fuel companies happens without any environmental consideration and without any meaningful space for the community to have their say.”

“Not even a national icon like the Twelve Apostles will constrain the mindless release of acreage.”

One of Australia’s most-photographed tourist destinations – the limestone stacks known as the Twelve Apostles off the coast of Victoria is less than five kilometres from new areas announced on Tuesday for offshore oil and and gas exploration.

Conservationists said the release of the areas showed “nothing is off limits to the oil and gas industry” and the opening up of new offshore blocks for fossil fuels needed an urgent rethink.

“Not even a national icon like the Twelve Apostles will constrain the mindless release of acreage,” said Jess Lerch, a national campaigner for the Wilderness Society.

Maps of areas released by the Department of Industry, Science, Energy and Resources show the area near the tourism icon starts south of the town of Port Campbell and stretches east, along the coastline made famous by the Great Ocean Road and the 12 Apostles.

There are several operating gas fields to the west of the Twelve Apostles in the same Otway Basin, including pipelines to move the fossil fuel to onshore facilities.

The Wilderness Society likened the release to “auctioning off the Twelve Apostles to the oil and gas industry”, with Lerch saying the ongoing annual releases of land and ocean to fossil fuel exploration “needs an urgent and complete rethink”.

She said: “The carving up of the oceans to hand them to the fossil fuel companies happens without any environmental consideration and without any meaningful space for the community to have their say.”

According to Parks Victoria, the Twelve Apostles are one of Australia’s most popular tourist attractions.

Despite the name, there were never 12 limestone stacks at the site. Of the nine that were there at the start of the 21st century, two have collapsed. As waves destroy the stacks, new ones could be formed in the future.

Lerch added: “It is really just the latest horrifying example of the Morrison government’s determination to sidle up alongside the fossil fuel industry to thumb its nose at the experts advising us of what’s needed to ensure a safe climate.”

Also on Tuesday, the prime minister, Scott Morrison, told the petroleum industry’s annual conference in a video address that oil and gas would “always” be a major contributor to the country’s economy.

Morrison has said he wants Australia to reach net-zero greenhouse gas emissions, but has refused to take the steps of other major economies and set a 2050 target to achieve it.

Announcing the new areas on Tuesday morning, the resources minister, Keith Pitt, said the release was a “crucial component of the government’s gas-fired recovery plan”.

“This is consistent with the drive to deliver current projects as well as the potential to increase supply into the east coast market.

“Exploration will continue to play a key role in supporting Australia’s economic growth by encouraging investment in development prospects, as well as unlocking additional supply.”

In a statement to the Guardian, Pitt said all acreage releases were in Commonwealth waters outside the 3 nautical miles with gas production already well established in the basin.

He said the decision to release areas was made jointly with the states and was informed by a range of factors, “including stakeholder submissions, maritime boundaries, other users of the marine environment, new data, and efficiency of exploration.”

He added: “The production of gas both now and into the future remains an essential requirement for the Australian way of life. Australia needs to ensure we are able to continue to supply the domestic market while demand remains high.

“The Australian Government is committed to a technology-led approach to reducing emissions, while ensuring energy security and affordability.”