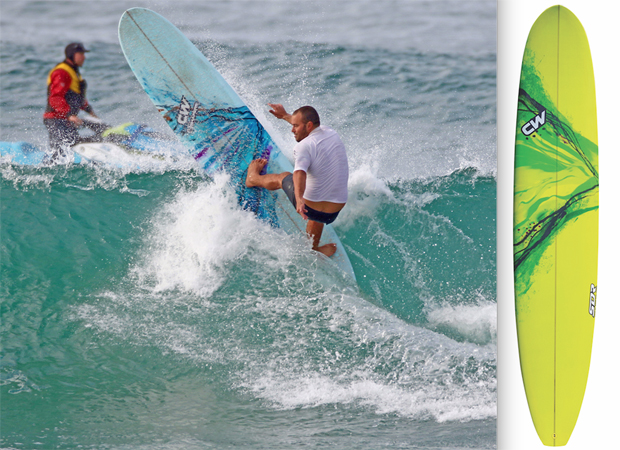 Paul Scholten and his Viper taking the Open Mens at the 2018 Crescent Classic, backed up with wins at the Snowy in Manly and the Woolgoolga Classic. Photo: Ian Borland 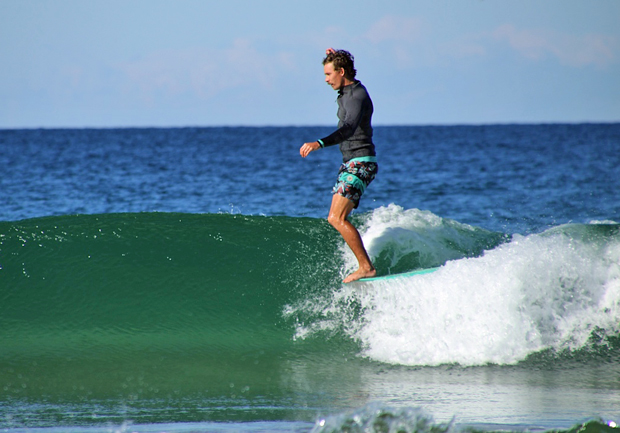 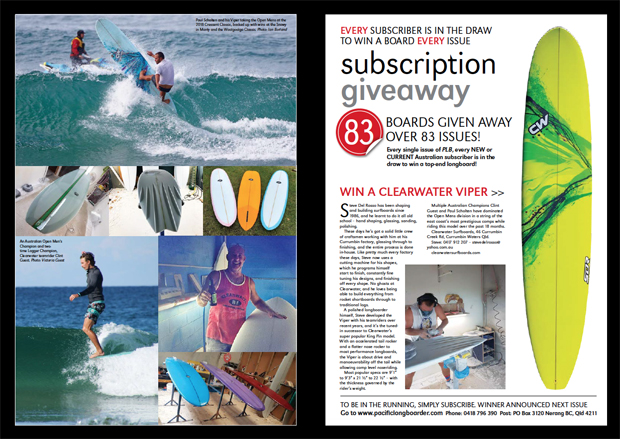 OUR 83rd GIVEAWAY BOARD – A CLEARWATER VIPER

The last 9 of the 82 longboards we’ve given away to our magazine subscribers have been beautiful big single-fins, so for this issue we’ve gone for a clean, tuned tri shaped by Steve Del Rosso from Clearwater Surfboards – the rocket to round-out any quiver.

Steve has been shaping and building surfboards since 1986, and he learnt to do it all old school – hand shaping, glassing, sanding, polishing. These days he’s got a solid little crew of craftsmen working with him at his Currumbin factory, glassing through to finishing, and the entire process is done in-house.

Like pretty much every factory these days, Steve now uses a cutting machine for his shapes, which he programs himself start to finish, constantly fine tuning his designs, and finishing off every shape. No ghosts at Clearwater, and he loves being able to build everything from tiny shortboards through to traditional logs.

A polished longboarder himself, Steve developed the Viper with his teamriders over recent years, and it’s the refined successor to Clearwater’s super popular King Pin model. With an accelerated tail rocker and a flatter nose rocker to most performance longboards, the Viper is all about drive and manoeuvrability off the tail while allowing comp level noseriding.

Multiple Australian Champions Clint Guest and Paul Scholten have dominated the Open Mens division in a string of the east coast’s most prestigious comps while riding this model over the past 18 months.