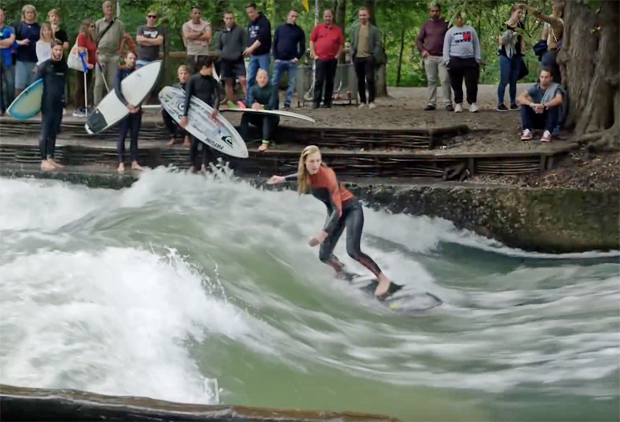 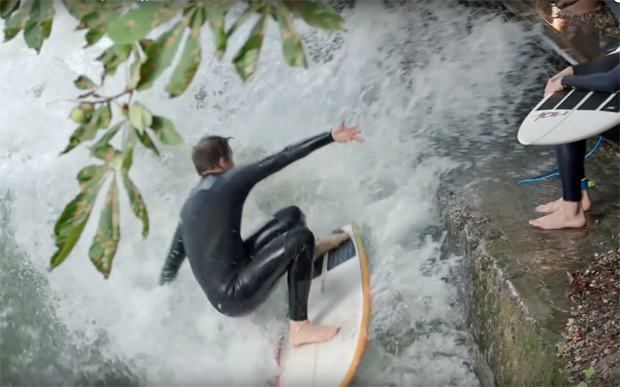 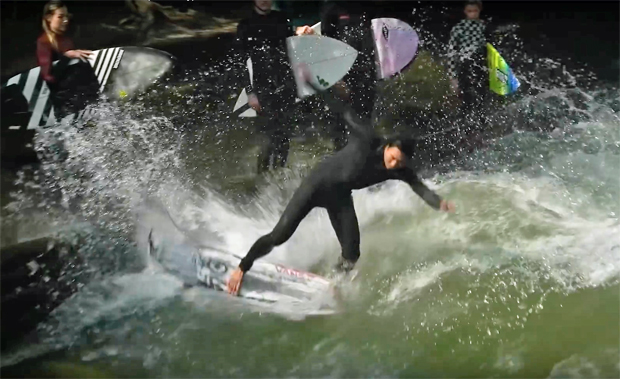 Meet the stoked surf nutters of the world’s original stationary wave, the Eisbach

Germany and downtown Munich is not first place you think of when it comes to riding waves, but it does have one of the world’s weirdest and busiest, jammed in tight between city streets, complete with it’s own crew of locals from all walks of life, and a Bavarian etiquette to how you go about surfing the thing.

Moviemaker/muso/surfer Dylan Graves who brings us this 13-minute video as the finale to Season 1 of his intriguing Weird Waves series. (Hopefully there’ll be another series.)

If you’re an avid surfer and have been around, there’s a strong chance you’ve heard of the Eisbach. A mystical wave that has made countless covers and even been surfed by Kelly Slater (before the notorious “House Master” told him to piss off). What sets the Eisbach apart is the fact that it’s smack bang in the middle of one of Germany’s biggest cities. As local legends Tao Schirrmacher and Quirin Rohleder explained, the wave is surfed by kids, university students and doctors alike.

Compared to other river waves I’ve surfed, the Eisbach was way more disorienting. With way more bumps in the waves and the smaller area, it took us a good hour to find our river legs. It feels really tight and almost a little claustrophobic because you’re of between these two walls – but totally sick!