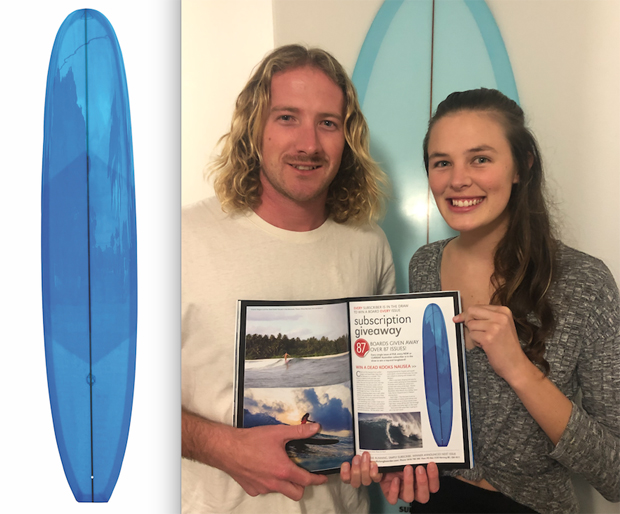 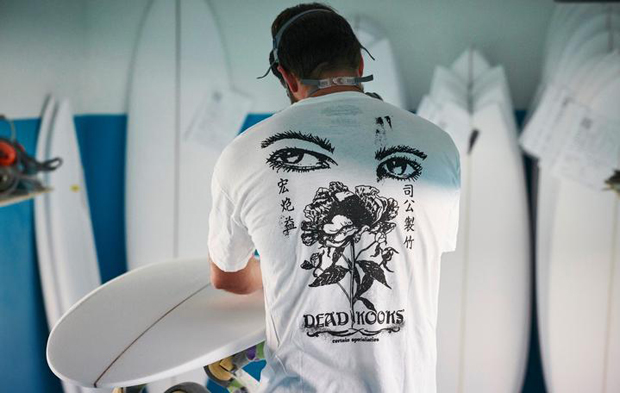 Generous Jaqui McGrath bought her partner Marcus Geary a subscription to PLB and before she could sing happy birthday it upsized into a 9’3” Dead Kooks Nausea single-fin!

Locals from Coffs and Sawtell on the North Coast, Jacqui’s an insurance fraud sleuth while Marcus works with students with disabilities at an Inclusive Education High School, and they moved together to Bondi early in 2020 to follow their work. They’re thoroughly enjoying it in The Smoke too: “It’s surprised us, there’s a lot of nice people longboarding at Bondi and it’s quite a community down here,” says Marcus.

Also turns out Marcus is a strapping 6’4” who rides a 12-footer. “I love surfing that big Glider, but lately I have been looking for a new board for Jaqui, and I actually checked out a Nausea in a shop here in Bondi! I just can’t believe this . . . I’m so happy right now!” So that’s a win/win for Jacqui right!

Originally from Lennox Head, for the past decade head Kook Eden Saul has split his time evenly between Australia and California, where he’s worked with many of the best - Kassia Meador, Victoria Vergara, Honolua Blomfield, Kelia Moniz, Erin Ashley, Sean Tully, Devon Howard and CJ Nelson among them.

“The Nausea is a blend of old and new, and a nicely balanced board for everyday riding,” says Eden. “Narrow through the front, low hips to a tucked tail, low entry rocker with a little kick in the backend. It’s loose off the tail and holds tight on the nose. This is my personal favourite model and go-to daily whip. It’s just as comfortable in hollow point waves and short beachies as in those slower knee-high days.”

And just perfect for Bondi Jacqui.