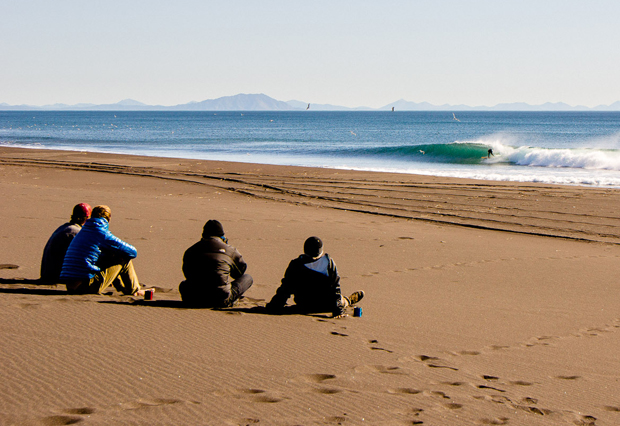 The Kamchatka Peninsula is the jewel of Russian surfing. Despite access to the Arctic, Atlantic and Pacific oceans, surfing in Russia is a newish thing. Photo: Chris Burkard 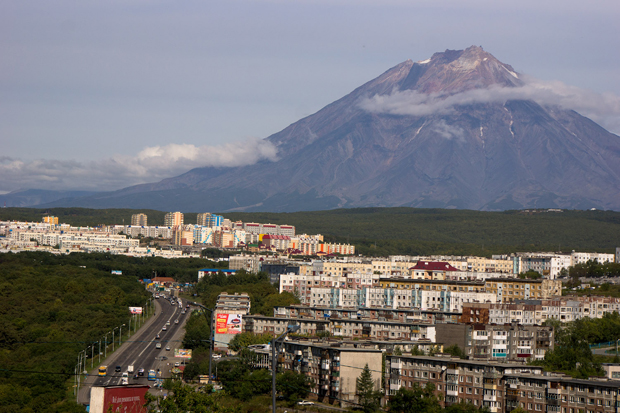 Petroplovsky, one of few urban areas in Kamchatka. The vast expanse of Siberia sits between the majority of the population to the west and the surf coastline of the peninsula in the east. Photo: Chris Burkard 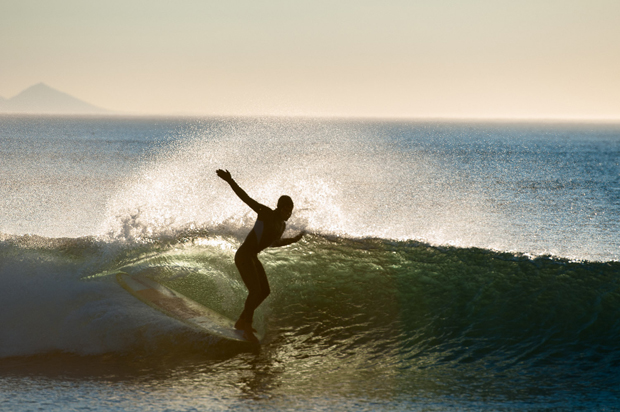 Cyrus Sutton, Kamchatka Peninsula. These Chris Burkard photos appeared in an amazing 12-page article “Secret Seas and the Ring of Fire” in the mag eight years ago (Vol 16#3) – one of our all-time favourite PLB print pieces. 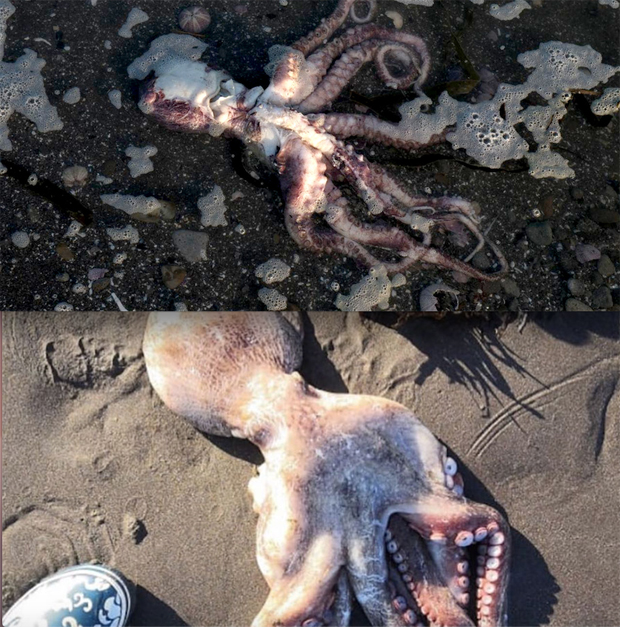 Local surfers are now reporting that the ocean water is leaving them with poisoning-like symptoms, and seals, octopuses, starfish, and other sea life is washing up dead in the thousands. Pics: Greenpeace Russia

This map of the Bering Strait between Russia and Alaska shows the Kamchatka Peninsula, in Russia's far east. Pic: Getty

Moscow: Surfers in Russia's far eastern region of Kamchatka have reported ocean water pollution so bad that it's poisoning them, and may behind a mysterious mass die-off of sea life along the peninsula's Pacific coast.

Pictures and videos circulating widely on social media show thousands of dead animals washed up on the region's beaches in recent days, including octopuses, sea stars, fish and shellfish.

Kamchatka is extremely remote but is famous for its pristine nature reserves and volcanoes.

Yekaterina Dyba, a geographer who runs the Snowave Kamchatka surfing school, first raised the alarm on social media about a week ago, saying surfers were complaining of poisoning-like symptoms after exposure to the water.

"For several weeks now, all surfers have experienced problems with their eyes after returning from the water. White shroud, blurred vision, dryness. Sore throat. Many had nausea, weakness, high fever," Dyba wrote in a Facebook post. Local surfers also noted a change in the water's color.

Greenpeace Russia called the situation in Kamchatka an "ecological disaster" an urged an investigation.

Following the outcry, the region's acting Minister of Natural Resources and Ecology Aleksei Kumarkov said an analysis of water samples had revealed the presence of petroleum products at levels four-times what they should be, a more-than-doubling of expected levels of the even more toxic compound phenol, and other substances.

Regional prosecutors have opened an investigation into alleged pollution in the Kamchatka waters, but it remains unclear what the source of the chemicals could be.

Kamchatka Governor Vladimir Solodov told reporters at a news conference on Monday that authorities were waiting for extended test results, but that there were "no grounds to talk about any specific version" of what might have killed so much, and such a wide variety of sea life.

Officials played down initial reports last week, suggesting all the dead animals were likely the result of stormy weather.

A report by the state-run Tass news agency suggested a commercial oil tanker leak might have caused the pollution.

Other possible explanations discussed in Russian media include contamination from one of the military facilities along the coast, or a site where chemicals or pesticides have secretly been buried along the coastline.

Russia's Defense Ministry has denied that any vessel from its Pacific Navy Fleet was responsible for the contamination, saying "no combat training involving ships and vessels of the Pacific Fleet have been carried out" in the area since June.