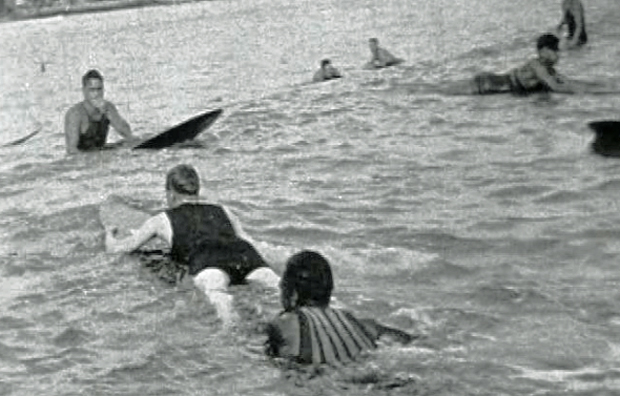 Frames from the footage (he's not very good). 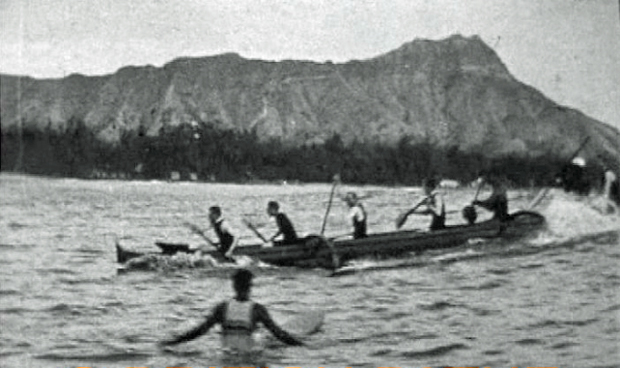 For this royal public holiday: Flashback to Edward, Prince of Wales, surfing Hawaii in 1920

This is the bounder who abdicated the crown, which was soon to lead to Elizabeth II inheriting the big gig.

Anyway, here's "Bertie" trying to catch a wave in The Islands. Wallis Simpson meanwhile was no doubt propping up the bar in the Pink Lady.

This footage was forraged from the decaying files of British Pathé by Royal Archive Detective Ian Lording.

The summary from the museum: “Waikiki Beach, Hawaii: PRINCE OF WALES (in the last seat of canoe) enjoys the exhilarating sport of 'Surfing'. Footage of a strange banana shaped canoe, six men are paddling and Edward, the Prince of Wales, sits on the end.

“He, like all the other men, is dressed in a bathing suit, he laughs at the camera. Panning shot following the canoe, while in the foreground are several men on surf boards. A large wave comes up behind the canoe and the surfers - with the canoe than surfing into shore.

"Cut to the Prince lying on his stomach on a surf board - he looks rather undignified, a Hawaiian man pushes his board along. Various shots of the Prince surfing (he keeps falling in).”