Hvaldimir as first spotted with the harness. 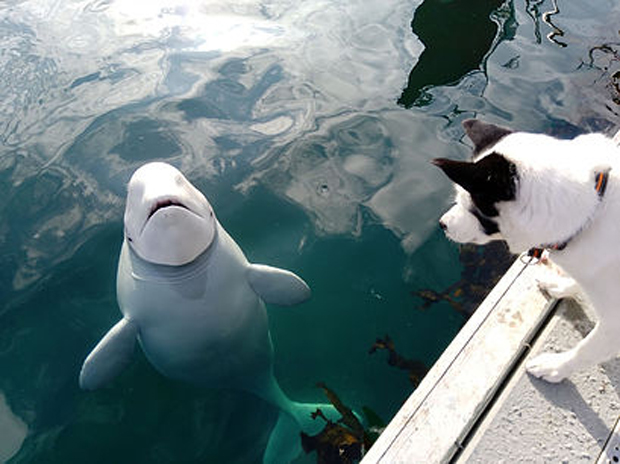 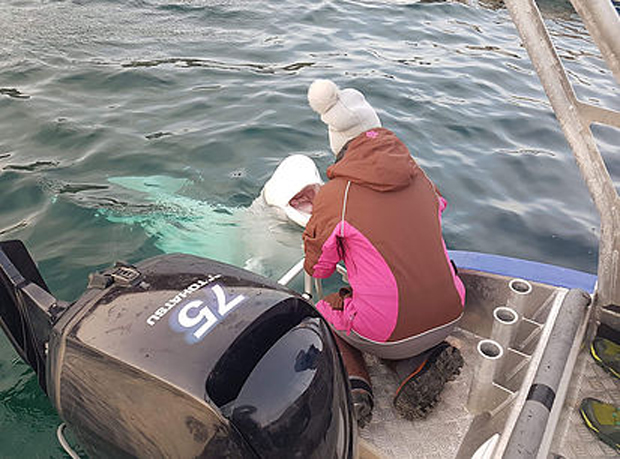 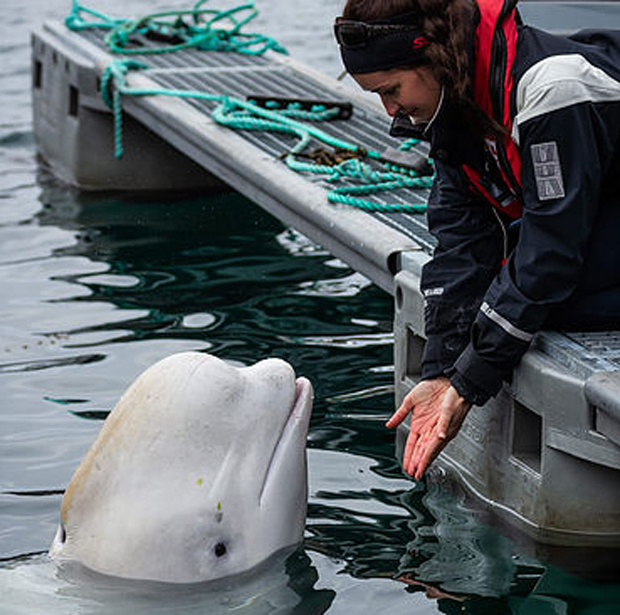 We know the amazing Hvaldimir the Beluga has broken the internet already – but seriously, if this was in and Austin Powers movie you’d think it was over-the top:

A lone and friendly beluga whale with a harness attached to its body was first reported on 26th of April 2019 off of Tufjord, in Finnmark, in northern Norway. The Norwegian Directorate of Fisheries sent experts to respond to this sighting and to assist the animal in disentanglement. Joar Hesten, the fisherman who reported the sighting earlier was soon joined by Jørgen Wiig and Yngve Larsen.

The team first tried to unfasten the harness from a boat, but the operation failed each time due to challenging access to the clips. Eventually, and after entering the cold waters with the whale, they managed to detach the tight strap.

The harness was labeled with "Equipment of Saint Petersburg" and had an equipment mount attachment on the harness. Based on these elements and geographic considerations, it was speculated that the whale was a lost 'spy' animal, trained and used by the Russian Navy.

The local community has been incredibly welcoming, supportive and eager to help Hvaldimir. People provided us with additional logistical and financial resources that were crucial to initiate the feeding program as fast as possible. In order to boost Hvaldimir's protection and health, a code of conduct was also introduced.

The harbor authority further restricted access to the docks which instantly promoted the whale to spend more time exploring his natural environment and reduced his time roaming in the busy path of the inner harbor.